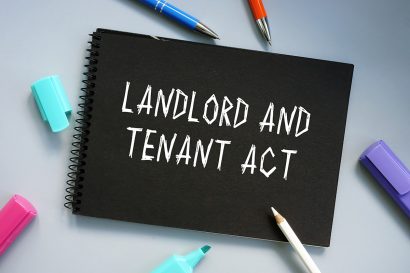 On June 2, the cabinet passed The Model Tenancy Act, 2021, a new codification of law that modifies the present law and streamlines rental housing in India. By explicitly establishing the parties’ responsibilities, the act aims to lessen disagreements and includes a comprehensive framework for speedy dispute settlement.

To promote rental housing, the Model Tenancy Act tries to safeguard and protect the rights and objectives of both owner and tenant. It enables the creation of acceptable rental housing laws for people of all income levels. It promotes private firms to use rental property as a business strategy to meet the huge shortage.

What is the Model Tenancy Act?

The state government regulates rental housing, as the State List of the Constitution governs land and land development. These regulations established a ceiling on the rental amount and set criteria for eviction to prevent landowners from charging exorbitant rents and ensuring people find safe and stable homes.

According to the 2015 Model Rental Housing Policy, the rules resulted in low rental yields and discouraged landlords from investing in rental properties. These skewed game plans favoured the residents. Thus, making it more difficult to evict them, resulting in more litigation and, as a result, destroying landowners’ faith in the organisational system.

On June 2, 2021, the Union Cabinet authorised the Model Tenancy Act, 2021, for distribution to all States and Union Territories for adjustment to adopt new legislation or appropriately change current rental regulations.

According to a press release issued by the government, the Act aims to “create a vibrant, sustainable, and comprehensive rental housing industry in the country” by encouraging the formation of sufficient rental housing for people of all income levels.

The purpose of the Act is to emphasise three goals:

The Act is a recommended tenancy law by the Indian government to overhaul the country’s tenancy market.

Finance Minister Nirmala Sitharaman announced the Model Tenancy Act in her first budget speech in 2019, stating that the country’s archaic rental laws “do not identify the connection between both the lessor and the lessee pragmatically and fairly.” By 2022, the Act aimed to address the housing shortage and contribute to Housing for All.

Assam is the first state to adopt the Model Tenancy Act. So, the bill repealed the Assam Urban Areas Rent Control Act of 1972.

The new law promotes the growth and advancement of a fair and accessible rental market and strikes a balance between the demands of owner and tenant. States and union territories can now introduce new legislation or alter their existing rental rules to comply with the Act.

Features of the Tenancy Act

Applicability of the Tenant Law

The Model Tenancy Act applies to residential and commercial properties, which include vacant land, except

The Act is only applicable to new tenancies, not existing ones.

In case of any violation, Property managers will be held liable under the Model Tenancy Act. They will need to provide information such as their name, address, PAN number, Aadhar number, and contact details to the Rental Authority. Property managers welcome the Act with open arms since it allows them to go further in the residential market.

As a result of this exclusion, a significant portion of unoccupied stock will remain outside the regulatory framework, and stakeholders will have to rely on other legal means for conflict resolution.

Rights Under the Tenancy Act

The Act clearly states rights and obligations of both parties, which should aid in resolving any disputes.

It specifies the landlord’s obligations, which are as follows:

The tenants are liable for:

The tenant is also responsible for the upkeep of the gardens and open spaces rented to him or her.

During the tenancy term, the renter is obligated to take due care of the property and not willfully harm them. When the parties share common amenities, the tenancy agreement will govern the maintenance and repair of those facilities.

If the owner or tenant fails to make necessary repairs, the costs paid for the repairs can be removed from the deposit or the rent. On the other hand, the landlord cannot delay any necessary supply or service in the tenant’s rental properties.

The Model Tenancy Act allows the landlord to hire a property manager, whose responsibilities include collecting rent, inspecting the facilities, and doing repairs, among other things.

The landlord must furnish the tenant with all pertinent information regarding the property manager, including the identity and objective for which the manager is permitted. If the property manager disobeys the landlord’s instructions, he can be fired, and the renter gets the payment for any losses suffered.

Under the act, both the owner and the property manager have the authority to access the premise, but only if the tenant is given a 24-hour notice before the entry.

The Model Tenancy Act of 2021 provides for smooth operation. It makes easier to keep track of data such as the number of rented properties and the rental yield from those properties. So, this can aid in setting policy and understanding the real estate market’s development, thereby eliminating informal contracts. There may be a drop in vacant dwelling stock due to this.

However, the precise specifications provided in the Model Tenancy Act to establish a lease agreement are not required because this information is already defined in existing state legislation, including Maharashtra’s, in rental agreements. Rather than primarily serving the interests of landlords, the Act should have focused more on rental housing policies for renters, such as dealing with the issue of tenants being capable to avail rental housing by offering tax exclusions to low-income groups.

What is an estate in real property for an indefinite period called?

Who is responsible if a broken door injures the tenant in the apartment's entryway?

The landlord is responsible.

What is the tenancy for a fixed period called?

How much notice is required to evict a renter on pain of eviction?

No notice is required.

When a tenant who illegally continues possession of a property after the tenancy has ended is referred to as?