Overview of MSMED Act – The Micro, Small and Medium Enterprises 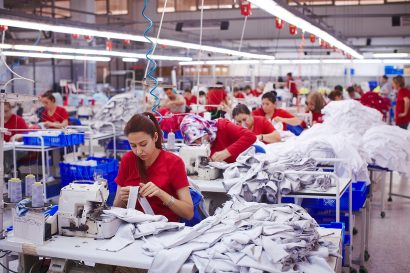 There are two types of industries: Manufacturing and service industries, and they further get classified as micro, small, and medium.

The Micro, Small, and Medium Enterprises Development Act, 2006 (MSMED Act) was passed by the Indian Parliament. According to the MSME act, “Any buyer who fails to pay MSMEs within agreed-upon terms or within a maximum of 45 days will be charged monthly compounded interest at three times the Reserve Bank of India’s authorised rate.”

What are micro, small and medium enterprises?

The Government of India adopted the MSMED Act, 2006, which defines micro, small, and medium enterprises as follows:

In 2006, the MSMED Act got enacted to address legislative issues impacting MSMEs and the sector’s scope and investment ceiling. The Act aims to help these businesses grow and compete by making it easier for them to do so.

It creates the first legal framework for recognising the idea of “enterprise,” which encompasses both manufacturing and service enterprises. It is the first time that medium enterprises get defined, and it tries to bring together the micro, small, and medium tiers of these businesses.

The Act also establishes a legislative consultation process at the national level, with a balanced representation of all stakeholders, particularly the three types of enterprises, and a broad range of advisory tasks.

Some features of the MSMED act are:

Establishment of MSMED Board

The MSMED Act 2006, Chapter II, Sections 3 to 6, establishes the National Board for Micro, Small, and Medium Enterprises (NBMSME)
and its functions. To give effect to the formation of NBMSME, Rules were notified on September 26, 2006, detailing:

Functions of MSMED Board

The following are the functions of the National Board for Micro, Small and medium enterprises:

Functions of the Member – Secretary of Board

The following are the functions of the member-secretary of the National Board for Micro, Small and Medium enterprises:

The following is the MSME classification system for both products and services organisations, which gets based on
MSME turnover limit:-

MSMEs were classified based on the amount of money invested in the company, and it was calculated as the entire
amount of money spent on plants, machinery, and equipment.

For the company manufacturing goods:

As a result of this classification, the government had to spend money to verify the assets and track the investments physically.

The government has now passed a bill that categorises MSMEs based on yearly turnover rather than investment.

The improved approach for classifying MSMEs based on turnover has made it easier for both the government and the private sector to designate a company as an MSME.

A Micro, Small, and Medium Enterprise may file a memorandum under Section 8 of the MSMED Act. The form of the Memorandum, the procedure for filing it, and other ancillary issues shall be notified by the Central Government, according to sub-section (2) of section 8.

Procedure for filing the memorandum:

The Indian economy’s core is the MSME sector. This sector has shown to be critical to the nation’s prosperity, leveraging exports and producing many job opportunities for the unskilled, recent graduates, and underemployed. It also provided banks with more outstanding options to credit MSME businesses.

On the strength of a competitive and high-quality product range, India’s MSME sector is now at the forefront of global growth. However, government assistance is essential to reduce the transaction costs of technology upgrades, market penetration, and infrastructure modernisation, among other things. MSMED Act, 2006 acts as an assistant for the following requirements.

It gets stated that MSMEs in the Indian economy have exhibited enormous growth and excellent performance because of the government’s policy framework and effective initiatives made from time to time to promote MSMEs’ growth and development.

What is the full form of the MSMED Act?

What are the two types of industries?

When was the MSMED Act introduced, and why?

State any two features of the MSMED Act?

The two features are:

State any two disadvantages of MSME?

The two disadvantages are: