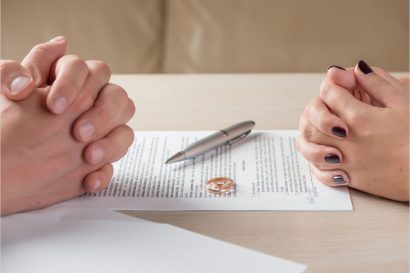 From the free consent granted to the parties to begin the relationship as spouses to mutual permission to separate as strangers, consent plays a crucial role in all stages of marriage. Mutual divorce and even alimony facilitate the formal separation procedure.

Hindus, Muslims, Christians, Parsis, and Jews are the five major communities in our culture. Each group has its own set of personal rules based on religious texts, customs, and traditions. As a result, the grounds for divorce and alimony for a Hindu woman may differ from community to community. And thus, We’ll talk about divorces and their associated events in this article.

What is Divorce by Mutual Consent?

From the free permission provided by the partners to begin their relationship as spouses to the mutual consent granted to separate as strangers, consent plays an essential role in practically every stage of marriage. The process of having a legal separation is more straightforward with mutual consent for divorce than with any other cause for divorce.

Divorce by Mutual Consent or Mutual Divorce occurs when both husband and wife mutually agree that they cannot live together any longer and that the best solution is Divorce. They would present a Mutual Divorce petition jointly before the honourable court, without making any allegations against each other.

Mutual divorces are the quickest, simplest, and least expensive way to divorce in India.

Is Alimony Mandatory in Mutual Divorce

However, it is not necessary if the parties are pursuing divorce by mutual consent. The parties can agree on maintenance or alimony. According to the agreement, the husband might handle a specific sum of money to the wife or vice versa. The amount to be paid gets determined by numerous factors, including the respondent’s income, the property he or she owns, and so on.

The formula for determining alimony is not set in stone. Depending on the facts and circumstances, the Court awards varying amounts of alimony in various sorts of situations. The Court evaluates the parties’ standing, their requirements, the husband’s ability to pay, and the number of persons they must financially support.

Alimony gets determined by considering their total monthly income before taxes, their educational background, the number of years they have been married, and the number of children.

The Supreme Court has established the alimony benchmark at 25% of the ex-net husband’s wage. The Court also stated that the wife should be entitled to 25% of the husband’s net wage to live a dignified life.

The Court established the method that Family Court must follow when giving interim maintenance/maintenance in the case of Gaurav Sondhi versus Diya Sondhi. The following is the method for awarding maintenance.

How long does it take for a Mutual Divorce in India

From filing to receiving the divorce decree, the entire process can take anywhere from six months to two years on average. However, depending on the case nature, it may take longer. There is no set time because each case is unique and independent of the others. Keeping this in mind, mutual divorce has been shown to take the least amount of time compared to other divorce procedures.

The following variables determine the duration and amount of alimony to be paid:

Divorce is the process of ending a marriage or marital union. It is also known as the dissolution of marriage. Divorce often implies the cancellation or reorganisation of a marriage’s legal duties and responsibilities, therefore severing the bonds of matrimony between a married couple under the laws of the specific nation or state

Divorce laws vary significantly throughout the world, but divorce involves the permission of a court or other authority in a formal procedure in most nations, which may entail questions of property allocation, child custody, and alimony.

The term “mutual consent” refers to both spouses agreeing to an amicable separation.

If any of the spouses do not consent, the divorce cannot get obtained with mutual consent. The agreement on the amount of alimony is a critical aspect of mutual divorce. Alimony is a payment made to one spouse as maintenance by the other. Before filing the divorce petition, the parties must reach an agreement on this.

What are the factors on which maintenance amount gets calculated?

How long will it take to get the order of maintenance?

It takes anywhere from 15 days to two (2) months for interim maintenance to get completed. The permanent repair might take anything from five months to a year (approximately).

What are the circumstances under which courts don’t agree with unilateral withdrawal by a Spouse?

Can mutual consent divorce be withdrawn?

If one party changes his/her mind and wishes to salvage his/her marriage, that party may make an application before the Court where their divorce procedure is pending, declaring that he/she wants to withdraw his/her permission for the divorce to give their marriage a second opportunity. If both the husband and wife agree to withdraw, they can do so amicably, and the court can dismiss the petition.