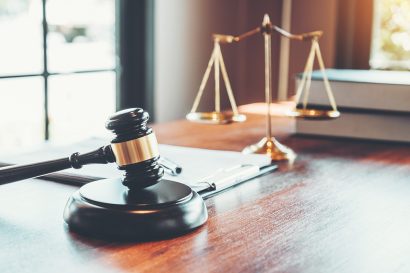 Legal Services Authorities Act is an Act of the Indian Parliament enforcing the provisions of Article 39A of the Indian Constitution, guaranteeing equal means of livelihood to all citizens of the country.

Article 39A of the constitution deals with promoting justice based on an equal opportunity by providing free legal aid to unaffordable segments of society, like the poor and economically disadvantaged.

The act addresses, among other things, employee pay and qualifications and resulted in the establishment of The National Legal Services Authority (NALSA) throughout the country.

The theory of legal aid has extended over centuries to 1919. Reginald Heber Smith supported the core idea of legal aid. In his book Justice and Poor, he belittled the legal profession, asserting that justice and fairness should be available to all without any financial obligation.

Reginald Heber Smith wrote that without equal access to the law, the system not only deprives the poor of their only protective measure and also sites the most potent weapon ever invented in the hands of oppressors.

Even Hammurabi’s code attempts to limit the fees charged for services provided to poor men. Through free legal aid, the code outlined three processes by which society can progress toward social engineering.

Because he was poor, Mosaic Law bestowed upon him numerous benefits. For example, if creditors took a poor man’s cloak as a pledge, he must return it by nightfall or suffer sleep deprivation. Paying the poor’s wages on time was also deemed necessary.

The Union Government launched the national legal aid scheme in 1960, but it ran into financial difficulties and died independently.

In the second phase, chaired by Justice Krishna Iyer, the Union Government established a committee to develop a legal aid scheme for states in 1973. The Committee devised a decentralised strategy, with legal aid committees in each district, state, and centre.

A judicial committee chaired by Justice P N Bhagwati was formed to carry out the legal aid scheme.

This Committee proposed legal aid camps and nyayalayas in rural areas and a provision for free legal aid in the Constitution. The Committee on National Implementation of Legal Aid got established in 1980, with Justice Bhagwati as its chairman. As a result, Parliament passed the Legal Services Authorities Act in 1987.

The parliament of India enacted the Legal Services Authorities Act 1987 to provide free legal assistance to the poor while promoting justice based on equal opportunity, thereby putting Article 39-A of the constitution into effect.

Article 39-A of the Indian Constitution was created to promote justice by providing free legal aid to poorer, backward, and weaker citizens and promoting justice in society.

The Act became enforceable on November 9, 1995, establishing a nationwide network and accessible and efficient legal services to the poor and vulnerable members. The National Legal Services Authority (NALSA) courts were established throughout the country to carry out the provisions of this Act.

Per the Legal Services Authorities Act 1987, every Lok Adalats decision is binding. Every award made by a Lok Adalat is final and binding on all parties to the dispute, and no appeal may be filed against the award in any court.

The primary goal of NALSA is to expedite the resolution of cases while reducing the burden on the judiciary. Other goals can be listed as follows:

All authorities share some responsibilities, divided into two categories:

It is also the responsibility of all of these authorities to provide post-litigation services in the form of free legal representation in court and assistance with other court-related expenses.

The NALSA members include:

The Indian Constitution Article 39A provides for free legal aid to the poor and weaker sections of society to promote justice based on equal opportunity.

Articles 14 and 22(1) of the constitution of India require the state to ensure equality before the law. To obtain those services, the person acquiring them must fall into any one of the following categories:

Legal Aid is available under C.P.C. and Cr. P.C. Under S.304 (1), which comes into action when an accused person faces a trial. The idea of a free legal aid scheme is run by the National Legal Services Authority (NALSA).

The Act only applies when an accused is facing a court of law. If a person is poor, he may be eligible for legal aid. In the absence of a lawyer, the entire trial gets tainted, and the case is remanded to the trial court.

The court will ask the accused whether he has the means to hire a lawyer. If not, the court is obligated to appoint a lawyer from the bar who is well-versed in the law and paid by the state government.

Through the State Legal Services Authorities, NALSA conducts legal literacy programmes as part of its preventive and strategic legal aid. In some states, in addition to rural legal literacy camps, annual Legal Literacy Programs are held in schools and colleges and women’s empowerment.

The person’s liberty gets jeopardised as soon as he is arrested and brought before a magistrate because it is at this point that he has the first opportunity to apply for bail and get his release and to refuse to remain in police or jail custody.

The issue before the court was whether persons who fall outside the binary gender could be legally recognised as “third gender” persons?

It was a landmark decision in which, for the first time, the apex court legally recognised “third gender”/transgender persons and discussed “gender identity” at length. The Court recognised that third gender persons have the entitlement to fundamental rights under the Constitution and International law.

The Court cleared that gender identity did not refer to biological characteristics but instead referred to it as “an innate perception of one’s gender”. Thus, it held that no third gender persons should get subjected to any medical examination or biological test that would invade their right to privacy.

The Court also observed ‘dignity’ under Article 21 of the Constitution to include diversity in self-expression, allowing a person to lead a dignified life. It placed the gender identity of an individual within the framework of the fundamental right to dignity under Article 21.

For centuries, legal services have been a justice’s cornerstone; they contribute to the ideal dealing with equal justice, regardless of an individual’s financial ability. Their existence is also a testament to a country’s functioning socialist structure and demonstrates the various benefits of a socialist structure.

Due to a lack of legal services, the NALSA may get misapplied, which was intended to safeguard the wronged and underprivileged in the first place.

Legal services can take many forms; central and state governments provide them in India. Legal services are also mentioned in the constitution’s Directive principles of state policy.

Besides repeated efforts of NALSA in representing the underprivileged and weaker sections of society, most people lack legal representation against illicit practices and torture in society from the more powerful ones. It is hard to accept the fact, but indeed it is true.

What is another name of People's court?

Is NALSA a statutory body?

Yes, NALSA is a statutory body constituted under NALSA Act.

Where was the first Lok Adalat held?

The first Lok Adalat was held in Gujarat in 1982