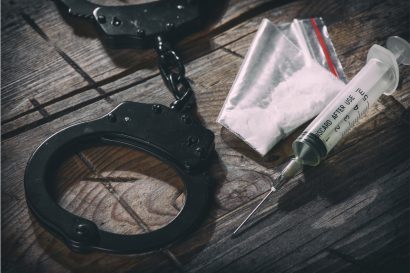 Drug indeed is a threat to both individuals and society as a whole.

Narcotics Control Bureau (NCB) is a top agency enacted to fight drug trafficking and save the lives who become addicted to the drug by controlling illegal drug trafficking.

Article 47 of The Indian Constitution is a directive principle of state policy, in which states can consider things while making policies. It also helps to run an administration.

It is a fundamental principle, and a state has to implement these principles while making laws. Article 47 has provisions for the standard of living, public health, and prohibition of intoxicating drinks and drugs.

Because of this directive principle of state policy, the state has to prohibit the consumption of intoxicating drugs which are harmful to health except for medicinal drugs.

As India is a member of different treaties of the United Nations related to the prohibition of intoxication of drugs which are:

The Narcotics Control Bureau is an organisation to fight drug trafficking and consumption of illegal drugs under the Narcotics Drugs and Psychotropic Substances Act, 1985.

NCB is an organisation or intelligence agency constituted by the Ministry of Home Affairs, Government of India.

The NCB is a top agency responsible for enforcement of trafficking and consumption of illicit drugs, which closely gets coordinated with the Central Bureau of Investigation (CBI), Customs, State Police, Central Economic Intelligence Bureau (CEIB), and other law enforcement agencies.

They collect data, analyse them, closely coordinate and conduct operations together to control the trafficking and consumption of illegal drugs.

Article 47 of The Constitution of India directs all the states to prohibit consumption and trafficking of intoxicating drugs, which can be injurious to one’s health.

The national policy for narcotic drugs and psychotropic substances get formed and content based on the following three acts:-

The Government of India made a bureau under section 4(3) of the above act for narcotics control and named it as National Bureau of Narcotics on 17 March 1986.

The act came into effect on the 14th of November 1985. It expresses the provision to make an authority under the Central Government to fulfil its all purposes.

The primary purpose of making authority is to exercise the power and functions of the above act.

The main objective of the Narcotics Control Bureau (NCB) is to fight illegal trafficking and consumption of narcotics with the help of intelligence and enforcement with the use of police, strategies and mechanisms and other agencies empowered under the act to have a drug free society.

Till now, we focussed on the basic understanding of the Narcotics Control Bureau (NCB). Now, let’s understand the deep concept of NCB and all about its role and functions in society.

Narcotics Control Bureau (NCB), since its formation, performed many operations and raids against narcotics, but some of the outstanding achievements of NCB are:-

The son of a retired army officer, Deepu Singh age of 21, a resident of Lucknow, uses the darknet for trafficking psychotropic drugs abroad.

He is a big player on the darknet. He began shipping medicine for erectile dysfunction and other supplements using the darknet and later started shipping psychotropic drugs because of the large profit margin.

The Central Anti-Narcotics Agency arrested him under the NDPS Act.

Narcotics Control Bureau (NCB) seized more than 12,000 various tablets of psychotropic drugs from his residence. In a two-month-long operation, 55,000 psychotropic drugs were seized, including zolpidem, tramadol, and alprazolam, which could get parcelled in countries like the U.K, U.S, Spain, Romania, Singapore and other European countries.

And the payment was received in cryptocurrencies forms like bitcoin and litecoin, so the transaction cannot be tracked.

The darknet became a huge platform for selling and purchasing illegal drugs, pornographic substances, and other illicit material. It is a deeply hidden internet platform and cannot get cracked easily by law enforcement agencies because of its end-to-end encryption.

On May 11, 2019, the country’s biggest drug haul came into existence where NCB recovered 1,818 Kg. of pseudoephedrine and 2 Kg. of cocaine worth around Rs. 1000 Cr. from the IPS officer house.

The two Nigerian nationals lived in that house on rent and used it as a drug manufacturing unit.

The zonal director of NCB, Madhav Singh, said: “the seizure is India’s biggest-ever narcotics haul and the world’s largest pseudoephedrine seizure in the past three years.”

According to the Narcotics Control Bureau (NCB) analysis, there is a multi-billion dollar trade of drugs linked to Canada, Western Europe, Australia, Africa, South America, and countries in West Asia.

There are 142 operational drug syndicates, heroin worth Rs. 140000 Cr. and 20 Lakh heroin addicts are the data given by NCB.

According to NCB, there is 360,000 Kg. of heroin and 36,000 Kg. of wholesale quality heroin, which is the purest form of heroin, smuggled in different states of India.

And there are 2 lakh consumers of India who consume 1000 Kg. of heroin every day.

NCB closely monitors the syndicates which may operate from Punjab, Himachal Pradesh, Maharashtra, Goa and some parts of Haryana and Rajasthan.

Punjab became the headquarters of consuming and trafficking drugs in India. Since last year, around 74 thousand persons got arrested under the NDPS Act in India, of which 15 thousand are from Punjab.

According to the AIIMS National Drugs Dependence Treatment Centre, around 2.06% of India’s population uses opioids, and 0.55% need help to death with addiction.

Is NCB a Threat to Bollywood

The history of Bollywood and drugs are not new. The actors of Bollywood always remain on the radar of drug law enforcement agencies.

Actor Sanjay Dutt, who has an image as a “Khalnayak” of Bollywood, was arrested in 1982 in a drug case and jailed for five months for illegal substances. He admitted that he had been a drug addict for nine years.

Actor Fareed khan was arrested by Narcotics Control Bureau (NCB) under the NDPS Act in a drug case in 2001 for buying cocaine and acquitted after ten years.

After the death of actor Sushant Singh Rajput, a series of events happened in Bollywood. Actress Rhea Chakraborty, Preeti Chauhan, and comedian Bharti Singh with her husband Harsh Limbachiya got arrested by NCB.

In the raid of NCB at the house of Bharti Singh, 86.5 gm, Weed gets seized by NCB. Bharti Singh and Harsh Limbachiya accepted the accusation of weed consumption and were arrested by NCB under NDPS Act, 1986.

Actor Arjun Rampal and many other actors were put in surveillance by NCB.

Till now, 17 persons got arrested in a cruise ship drug case. NCB also arrests a drug peddler from Suburban Powai.

It is a well-known fact that drugs ruin the lives of millions all over the world. It is the most hazardous substance for a person’s health and the future of upcoming generations.

Even after strict laws and so many law enforcement agencies still, India is facing considerable challenges in the fight against drugs.

We have to show the consequences of consuming drugs to help people stay away from it and how drugs affect a person’s mentally, physically, socially, economically etc.

People addicted to drugs face hate from everyone, which is very common, but we have to understand that they may be helpless and need our help to get out from that addiction.

What is the punishment for consuming drugs in India?

According to section 27 of the NDPS Act, a punishment for consuming drugs is rigorous imprisonment up to 10 years and liable to a fine which may extend up to 1 lakh.

Is "Bhang" legal in India?

Bhang is not covered under NDPS Act because it is only the preparation of cannabis, and it does not contain the flowering part of ganja.

What are the main functions of NCB?

The primary function of the Narcotics Control Bureau (NCB) is to stop trafficking and consumption of illicit substances under the provisions of the Narcotics Drugs and Psychotropic Substance Act.

What is a psychotropic substance?

Can a person get bail under a drugs case?

An offence committed under NDPS Act, 1985 is a Non-Bailable offence.

Are all drugs addictive?

Each drug is unique and reacts with brain cells differently. When a person uses drugs, the brain cell releases dopamine which gives a feeling of "high".

How to help a person who's suffering from drug addiction?

Consult with doctors and counsellors; rehabilitation centres may also help a person to quit drugs.