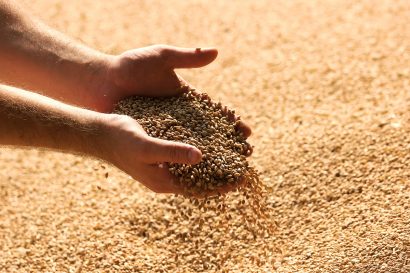 In the words of the “United Nations” Committee on World Food Security,” food security means that each individual at any time has corporal, social and monetary accessibility to ample, safe and balanced food, following their food preferences and dietary needs for a healthy and hearty life.

A country’s growth is proportional to the food security extended to the citizens. Before independence, Indian nationals depended upon imports to meet their food requirement. For a long period of British Rule, the Britishers initiated the system of incompetent food security.

After independence, the newly formed government faced challenging famine situations and undertook various timely initiatives to hit the Green Revolution and, finally, achieve food security. National Security Act 2013 is one such initiative that shall get discussed herein.

Therefore, food security is the combined result of the following elements:

There must necessarily be food present in enough quantity and consistently. Such quantity could get maintained in the form of food stock. The food stock’s quantity of each area depends upon the production in such an area and the ability to gather food through trade.

The second important aspect is that people could get a sufficient amount of food at any time either by buying it, producing it, borrowing it, or bartering.

Lastly, the food consumed must impart nutritional value to the individual consuming such food.

In an unfortunate event of Bengal Famine in 1943 during British colonial rule, nearly 2-3 million commoners starved to death without sufficient food to feed them. This event turned out to be an eye-opener and called for immediate steps to ensure food security.

Even after independence, India witnessed two successive droughts in the mid-1960. It made the government realized that their primary objective of extensive industrialization must come second to food security.

Eventually, at the break of the 1970s, India attained sufficiency and witnessed the Green Revolution. Indian nations would now not depend upon the mercy of the United States to get food.

Attaining food security could be challenging for any nation. India faced the following challenges while walking the path of food security:

The problem of overpopulation often hampers the growth of nations. Making food available to such an overgrowing population raised great difficulties.

In the wake of food security measures, the PDS or Public Distribution System got introduced to ensure food in each household. As per the ration system, a certain amount of oil, wheat, and rice got allotted to each household. Hence, their incompetency posed a significant threat to Indian food security.

According to the Union, a mission was the first attempt taken in 2007 to flourish rice, wheat, pulses, coarse cereals, and commercial crops cultivation. It helped in restoring land fertility and increased the cultivation of individual farms. Furthermore, the production of vegetable oils would surge, resulting in lessened imports.

Launched in 2007, the said yojana permits the states to select their agriculture activities regarding their agricultural plans. Later, it got converted into a centre funded scheme in 2014-15 with 100% central assistance.

The National Food Security Act (NFSA), 2013 also, known as the “Food Security Bill” or the “Right to Food Act”, lawfully entitled a maximum of 75% of the rural population and 50% of the urban population to assisted food grains under the “Targeted Public Distribution System” or TPDS. The TDPS ensured that each household could afford food. It claimed the eldest woman to be the head of the family for issuing ration cards.

The Indian Parliament enacted National Food Security Act 2013 to make available subsidized food grains to the Indian population. The Act contains legal entitlements to ensure food security. Some of the essential provisions under the Act are:

Out of the three provisions, PDS (Public Distribution System) gets considered as most important.

Public Distribution System Objectives to provide 75% of the rural population and 50% of the urban population with subsidized food grains under the Targeted Public Distribution System or TPDS. In line with the bill, beneficiaries of the PDS got entitled to 5 kilograms per person per month. Further, the rate of food grains was set at the following prices:

Apart from this, pregnant and lactating mothers and particular categories of children were provided with free cereals daily.

The Act aimed to provide food and nutritional security to Indian nationals. It ensured access to an adequate quantity of food at reasonable prices. The Act took it upon itself to let people live a life with dignity.

The Beneficiaries under the National Food Security Act

The Act divided two-thirds of the entire Indian population into two beneficiary categories as follows:

AAY households consist of families run by widows or disabled persons or individuals aged 60 years or more, unable to support themselves and their families financially. Further, it encapsulates the BPL families and helpless women and children.

For PHH, the Act ensures food grains at subsidized rates. Individuals with ration cards formed a majority under this category.

The purpose of categorization was to ensure food for the needy. The Act worked to alleviate poverty. It further eased the task of identifying the eligible households under TPDS.

The National Food Security Act, 2013 ensures the payment of allowance in the form of Food security Allowance to persons classified by the State Government in the event of non-availability of predecided quantities of food grains, in the manner laid down by the Central Government.

The Act determines the amount payable as allowance by multiplying the difference between the 1.25 times the minimum support price of the relevant food grain for that marketing season and the prices specified in Schedule I to the Act, with the quantity of non-supply.

Such an allowance must be paid by the third week’s end of the month following the month in which the non-supply occurred.

The introduction of PDS dates back to World War II. Hence, it could also get perceived as a war-time rationing measure.

Before attaining self-sufficiency in the food system, distribution through PDS significantly depended upon food grain imports. However, the Green Revolution changed the scenario and led to the Agriculture Prices Commission (APC) and the FCI.

The APC and FCI aided in improving the domestic cultivation and warehousing of food grains for PDS. Therefore, by the dawn of the 1970s, PDS evolved into a ubiquitous circulation system of subsidised food. Since then, PDS has witnessed the following reformation:

Up to 1992, there was a generalized PDS for distributing the food for all without any classification. However, to bolster and facilitate the PDS and accrue its benefits to remote and inaccessible areas, RPDS was launched.

AAY was another step towards TPDS aiming to eradicate hunger and ensuring food security to the poorest segments of the BPL population. Hence, the yojana got launched in December 2000 for benefitting one crore poorest of the low-income families.

The Supreme Court appointed the Wadhwa committee to ensure states implement computerisation and other technology-based reforms related to TPDS. The purpose of Technological reforms is to plug leakages of food grains during TPDS.

The National Food Security Act got enacted to ensure food security for the Indian population. However, ever since its enactment, the bill has to face criticism on the following basis:

In the audit report of 2016, Comptroller and Auditor General claimed that the creamy layer benefitted from the working of NFSA. Further, the report stated that many states prepared a spurious list of beneficiaries.

Secondly, another major criticism attached to the PDS is leakages. Leakages refer to the pilferage of food grains and the disparity of prices. Leakages highlight the fact that the food grains do not reach the intended beneficiaries.

The said audit report of CAG 2016 also talks about the inadequate storage facilities, leading to the wastage of food grains.

For the long-standing criticism of NFSA, the government adopted certain measures to ensure the efficient working of PDS. It inculcated the following measures:

With the advancement of technology, internet services were integrated with the working of PDS. The system now makes full usage of Information Technology throughout the process. Moreover, in January 2021, DigiLockers, an e-locker facility, was made available to the public to store their e-ration cards and other relevant documents.

Another vital measure was one ration scheme. The system aims to eradicate the fake beneficiaries so that the benefits of the PDS scheme could reach the needy.

The said system would not only eradicate poverty but also ensure proper working and avoid leakages. Introduced in July 2020, the act makes sure that the BPL households can buy subsidised rice and wheat from any ration shop in any part of the country. The linking of the ration card with Adhaar, a prerequisite for availing the said benefit.

The scheme already has 77% of the ration shops presence across the nation with PoS machines.

More than 85% of people covered under the National Food Security Act (NFSA) have their cards linked to Aadhaar. For remaining beneficiaries, all the States have one more year to use point of sale (PoS) machines in the ration shops and implement the scheme.

Presently, Andhra Pradesh, Gujarat, Haryana, Jharkhand, Karnataka, Kerala, Maharashtra, Rajasthan, Telangana and Tripura have made it easy for beneficiaries to avail their share of foodgrain from any district in the state.

The said act is the corollary to 0ne nation one ration card to implement nation-wide portability of ration cards to lift foodgrains from any fair price shop (FPS) across the country. Advanced data analytics techniques got initiated to provide a strong footing.

Food is an essential requirement for any human being. Any nation’s development could get traced from the food security it bestows to its citizens. Before independence, India heavily depended upon imports to fulfil its food needs.

After independence, at the beginning of the 1970s, India hit the green revolution and ensured that each citizen would get food. Hence, it undertook a Food Security Mission. Nation Food Security Act 2013 is the successor of the said mission.

The Act undertook numerous schemes and yojana, of which the most talked about are mid-day meals and PDS. Under PDS, households get food grains at subsidized rates. The purpose is to make food available to the BPL households.

Since 2018-19 the government has introduced certain efficiency measures to make the system efficient and productive. However, the said act has attracted criticism due to the lack of transparency and was termed incompetent on multiple occasions. Hence, all the amendments and the parent act aim to make food available to every individual.

Is PDS still operational in India?

How is food security allowance calculated?

The amount gets calculated by multiplying the difference between the 1.25 times the minimum support price of the relevant food grain for that marketing season and the prices specified in Schedule I of the Act, with the quantity of non-supply.

Who introduced the ration system in India?

The British started the rationing system during World War II.

What is the key difference between TPDS and PDS?

TPDS targets only the poor in all areas, whereas PDS works for food security for the whole nation.

What amount of food grains get distributed under TPDS?

10kg of food grains per family per month for BPL households