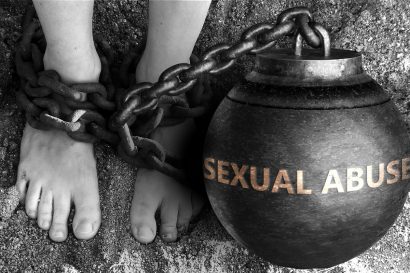 Nirbhaya Act, also known as the Criminal Law (Amendment) Act 2013, is an Indian Legislation passed by Lok Sabha on 19th of March 2013 and Rajya Sabha on 21st of March 2013. And, got married assent from the then President of India on 23rd March 2013. The Nirbhaya act came into force on the 3rd of February 2013.

The primary reason behind the act’ was the incident on the 16th of December 2013 in New Delhi; the incident indicated the need for immediate reform in rape laws.

The act was passed to bring amendments on laws related to sexual offences in the Indian Penal Code, Indian Evidence Act and Code of Criminal Procedure. The act recognises acts as Acid attacks, Sexual harassment, Voyeurism, stalking as an offence.

The Criminal Law Amendment Act, 2013 is commonly known as Anti-Rape Bill. For suggesting the amendment that can be done in the old laws for a better society, a committee was formed, namely JS Verma Committee.

The amendment act of 2013 inserted a new section in IPC and amended the old ones. The definition of rape got amended and expanded to include oral sex and the insertion of any other body part or any other body part into a woman’s vagina, urethra, or anus.

The definition of consent changed, and now it means unequivocal agreement to engage in a sexual act; further clarifies that absence of resistance does not mean consent is given.

KEY POINTS OF THE NIRBHAYA ACT

Certain offences were added in the Indian Penal Code:

The Committee was set up to recommend amendments in the criminal law to provide speedy trial and harsh enhanced punishment for criminals accused of sexual assault against women.

It also recommended that the punishment for causing the death of a person or persistent illness should be rigorous imprisonment for a term which shall not be less than 20 years which may extend to life, which means for rest of life.

In the case of gang rape, the punishment should not be less than 20 years which may extend to life. And if death is caused by gangrape, the sentence should be life imprisonment,

The committee has recognised the need to curb all forms of sexual offence and recommended that Voyeurism be punished with up to seven years in jail.

It recognises stalking or an attempt to contact a person repeatedly by any man up to three years. The acid attack would be seven years of imprisonment, and trafficking will get punished with rigorous imprisonment up to ten years.

The police must register every rape complaint, and civil society is dutybound to report any case of rape that comes in the knowledge of the person. If anyone fails to report the case or abort the investigation, he commits an offence punishable as prescribed in the act. The protocol for medical examination of victims was also suggested.

Bill of Rights for Women:

A separate bill of rights to women entails a life of dignity and security that ensures women should have a right to have complete sexual autonomy.

CRITICISM OF THE NIRBHAYA ACT (The Criminal Law (Amendment) Act, 2013 )

The Criminal Law (Amendment) Act, 2013 got criticised due to following reasons:

This act was one of the most concrete steps taken by the Government of India to curb violence. It included various offences in the Indian Penal Code, Evidence Act, and Code of Criminal Procedure.

What is the Nirbhaya Act?

Nirbhaya Act or the Criminal Law (Amendment) Act, 2013 is an Indian Legislation passed for the laws related to sexual offences against women.

When did the Nirbhaya Act come into force?

What is the need for Nirbhaya Act?

Nirbhaya Act was needed to bring the amendment in IPC, Evidence Act and Cr.P.C. after the incident that happened on the night of 16th December 2014, and to strengthen laws related to sexual offences in India.

Why was the act criticised?

The act was criticised for two reasons, one because the act was gender biased and the other as it did not include all the suggestions by Justice Verma Committee and various organisations.