Official Secrets Act: Maintaining Confidentiality in the governance of the country 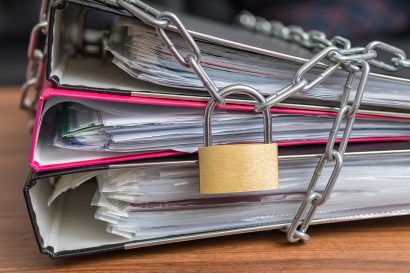 The official secrets act (OSA) came into force in 1923 as anti-espionage legislation. It got enacted during the tenure of the viceroy of India ‘Lord Curzon’.

It came as legislation to protect a country from spying and espionage activities.

It also protects the government’s confidential documents and maintains its secrecy.

These confidential official documents covered under this act can be in any form under section 5 of the act.

These can have the form of an official code or password, sketch, model, plan, note, article, document, or information related to or used in a prohibited place.

It deals with spying, espionage, and other threatening activities against its integrity.

This law states activities like spying, wrongful communication of secret information, unauthorised use of uniforms, falsifying reports, harbouring spies, withholding information, interference or obstruction with the police or armed forces in prohibited areas as punishable offences under section 3 of the OSA.

If guilty, a person may get up to 14 years’ imprisonment, a fine, or both.

What is the official secrets act?

It is an act of 1923 which is an anti-espionage law. Under this act, aiding an enemy state or its agent is strongly condemned. It also prescribes provisions to restrict an individual from entering, approaching or inspecting a prohibited site or area.

This act of 1923 covers the provisions related to the following:

The official secrets act 1923 has its roots in the colonial period in India, and it was initially the Indian official secrets act (Act XIV) 1889. The objective of the original act was to suppress the opinion of the number of newspapers that were opposing the Britisher’s policies.

It got amended and again introduced more stringent as The Indian official secrets act 1904.

In 1923, it got introduced in a new form as the India official secrets act (Act XIX of 1923). It got extended to all the matters of secrecy and confidentiality in the country’s governance.

Difference between RTI Act and OSA

The right to information (RTI) act, 2005 came with a duty on states to disclose the relevant information in the public domain for the objective of good governance of the democracy.

The right to information is the right guaranteed to the citizens in India under Article 19(1)(a) and Article 21 of the constitution of India.

In simple terms, The right to information is just a “right to know” the operations and functioning of the country.

The OSA was brought in India to maintain the secrecy and confidentiality of the information used for the country’s governance, which cannot be in the public domain. The government’s discretion is not to furnish the information to the common public.

That’s why it does not come under the ambit of Right to Information (RTI), and an RTI application against these confidential documents(i.e. as decided by the government) is not maintainable.

There is a persisting conflict between the two acts, as OSA brings confidentiality in government authorities functioning, and RTI is brought to maintain transparency and establish accountability in the functioning of authorities under the government of India.

Some provisions under the RTI Act, 2005, prescribes that in case of a conflict between the two acts (i.e. OSA and RTI), the act of 2005 will prevail.

If a dispute arises between the two legislations, the public interest will prevail. Section 8(2) of the RTI act states that:

Although, The government gets exempt from furnishing certain information to the country’s citizens under section 8(1) of the RTI Act. These are:-

The RTI Act got established to establish transparency in the functioning of public authorities and provide a right to information for the country’s citizens of the country.

The penalties for spying get prescribed under section 3 of the act of 1923.

These penalties get laid on the citizens of the country on the following conditions:-

He will be liable for imprisonment up to fourteen years and,

In cases other than the mentioned punishment, imprisonment will be three years.

It is essential to prevent the functioning and operations of the intelligence agencies and similar authorities like that to keep up the sovereignty and integrity of the nation.

The RTI comes in conflict with the functioning of these agencies as requests are made to bring the operations undertaken by these agencies into the public domain. Still, if the same is done, the safety and sovereignty of the nation will be at stake.

Though RTI also guarantees citizens’ right to information if the particular information is a public interest concern. RTI Act will have an overriding effect over OSA (Official Secrets Act) in case of conflict between the two legislations but,

RTI Act does not supersede the OSA every time; it laid some grounds for exceptions for non-disclosure of information to keep up with the nation’s safety.

Which provision of the OSA states information communication with a foreign agent to get considered evidence for commission of an offence?

Where is the provision for obtaining information prescribed under the RTI Act, 2005?

According to section 6 of the RTI Act, a person can request to obtain information either in writing or electronically to the CPIO or SPIO accordingly.

This request can only be made for obtaining information against a public authority.

Under section 9 of the right to information act, 2005

What is the penalty for harbouring spies in India?

According to section 10 of the official secrets act 1923, the penalty for harbouring spies or any such person who has committed an offence under section 3 of the act in India will be imprisonment of up to three years or a fine or both.