Exclusivity in ownership: One person company 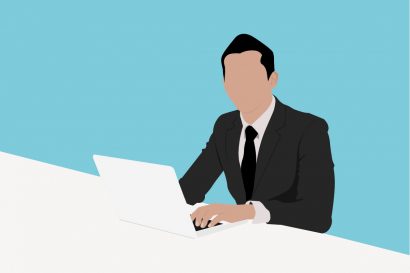 A one-person company (OPC) gets managed by a single member (i.e. shareholder of the company). This single director is responsible for the company’s functioning, and his liability only extends to the amount of money unpaid on the subscription of shares.

A one-person company get considered a separate legal entity apart from its members. The shareholder of this company is a subscriber to the company’s memorandum of association.

Meaning and definition of One Person Company

The companies act, 2013 Section 2(62) lays down the definition of a one-person company.

Section 3 of the companies act laid down the requirements for incorporating such a company and stated an OPC as a private company.

According to section sub-section (1) clause [c] of the companies act 2013, a one-person company must consist of a minimum of one person as a member of the company at the time of incorporation of the company for any lawful purpose.

According to section 149(b) of the act, an OPC can have a maximum of 15 directors.

Features of the One person company

There are some significant features of a one-person company. These are:-

Process of registration of an OPC in India

There are some following documents required to get submitted to the registrar of companies. These are:-

Filing of Forms With MCA

All these documents must get attached with the SPICe form, including the director signature certificate, MOA and AOA of the director.

The PAN and TAN get generated at the time of incorporation of the Company. It is not required to file separate applications to obtain PAN and TAN.

Issue of the Certificate of Incorporation

On verifying the documents, if the registrar finds all the documents correct to its knowledge and compliances are made, he will issue a certificate of incorporation of that one-person company.

Advantages of OPC (One Person Company)

An OPC has the status of a separate legal entity apart from its member. It protects the company member from any form of attachment of his personal property.

The member’s liability is limited to the amount that remains unpaid on his shares and is not held liable for the company’s loss.

Thus, in some failures to satisfy the creditor’s debt, the creditors can sue the company and not its member or shareholder.

It becomes easy to obtain funds in a private company because of its registration with MCA and market growth perspective which cannot be found at the same level in a proprietorship firm.

An OPC has a certain exemption concerning the compliance that must get maintained by a private company.

The OPC’s get exempted from preparing the cash flow statement for each financial year.

The books of accounts are to be signed by the company secretary is not a requisite, and the director can only sign the annual returns.

Incorporating an OPC gets compared to another form of the company. The minimum number of directors or members required at its incorporation is only one, including one nominee.

There is not even a requirement of minimum paid-up capital.

Managing the affairs one-person company is feasible as only a single member gets required for its management. The decision-making process becomes prompt, and the ordinary and special resolutions are passed easily without much hassle. The management is prompt so that the decision making and authorisation require the approval of only a single member.

A one-person company has the nature of succession till perpetuity even after having only one member as its director. Upon the death of the sole member, the nominee appointed before the company’s incorporation will manage the company and its affairs, and this process goes on and on.

It has a separate legal status created by law, so the death, insolvency, or retirement of its members doesn’t affect the company’s existence.

Suitable for only small business

The maximum number of members the OPC can have is one at all times, making the company’s management a more hectic process.

The company’s share capital cannot increase its valuation by adding more members. Thus, the expansion and growth of the business will draw the business towards a risky pedestal.

It cannot invest in the securities of other companies.

An OPC cannot get converted into a section 8 company, i.e. a company with charitable objects, as per the Companies Act, 2013.

All the decision making by a single person could be fatal in future prospects.

Difference between OPCs and sole proprietorships

Conversion of OPCs into other companies

The One Person Company can get converted into a public or a private limited company by passing a special resolution and altering its memorandum of association and articles of association as per the provisions sub-section (3) of section 122 of the companies act.

An OPC may get converted into a Private or Public Company except a company registered under section 8 of the companies act.

Section 18 of the act laid down a provision for the conversion of already registered companies.

The company must apply to the registrar of companies in e-Form No.INC-6 for its conversion into Private or Public Company and the required fees as provided in the Companies (Registration offices and fees) Rules, 2014 by attaching documents requisite to it.

These required documents are

If the registrar satisfies the requirements, the Registrar will communicate its approval and issue the new certificate of incorporation.

One Person Company is the creation of self ideas. This company has some special privileges and exemptions despite being in private companies.

It’s the best form of company for an individual wanting to initiate a business with limited liability ownership and the future aim of growth and increasing valuation for its company as it can get converted to other forms of companies.

An OPC is a better option than a sole proprietorship firm as the protection and privileges granted under an OPC with growth prospects are bliss. Its event has the minute requirements for its incorporation, making it easy to initiate business.

The decision-making process in an OPC is better than any other form of company.

What is the maximum no. of directors in a one-person company?

A one-person company can have a maximum number of fifteen directors as per the provisions of section 149(b) of the companies act 2013.

Which section of the companies provides for conversion of already registered companies?

Section 18 of the companies act.

What is a section 8 company?

A section 8 company is a company with charitable objectives.

Under which provisions of the companies act, can the MOA and AOA of a one-person company get altered?