Things to know about Patent in India: Right of the Inventor 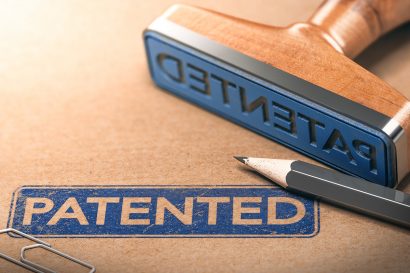 The term “patent” comes from the Latin term “patere,” which means “to lay open,” or “to make available for public inspection.

Patent, an exclusive right provided by the government to the creator to restrict others from using, manufacturing, or selling an invention for a specific period. A patent is also available for further development of their previous invention.

The primary goal of enacting patent laws in India is to encourage inventors to contribute more in their field by providing exclusive rights to their inventions. In contemporary words, a patent is an inventor’s guaranteed right to develop any novel, useful, quasi-process, the machine, object of manufacturing, or composition of matter.

In India, Act VI of 1856 was the first step in the patent procedure. The primary objective of the Act was to foster the production of new and helpful goods by encouraging inventors to share their ideas and make them available to the general population.

Act IX of 1857 revoked the Act since it got adopted without the assent of the British Crown. ​​Act XV of 1859 established new legislation for the granting of “special privileges.”

This bill differed from the preceding law in that it granted exclusive benefits to valuable inventions and extended the priority period from six to twelve months. Importers were excluded from the Act’s definition of an inventor. Later, in 1872, 1883, and 1888, the Act got amended three times.

Justice Ann’s Ayyangar Committee, led by Rajagopala Iyengar, heavily influenced the Patent Act. One of the proposals was to enable process patents for inventions involving medicines, medications, food, and chemicals.

Again, the Patents Act of 1970 was modified in 2005 by the Patents (Amendment) Act, which extended product patents in all technology fields, including food, medicine, chemicals, and microbes.

The Act removed provisions on exclusive marketing rights (EMR) and added a clause allowing the issue of compulsory licenses due to the modification. Pre-grant and anti-post-grant protest provisions got included.

Procedure for Grant of a Patent in India

How to patent an idea in India?

Filing of Applicant for Grant of Patent in India by Foreigners

Because India is a party to both the Paris Convention for the Protection of Industrial Property (1883) and the Patent Cooperation Treaty (PCT) (1970), A foreign company can file a patent application in India under either treaty.

How long do patents usually last in india?

Patent law in India states that every patent in India has a 20-year term, whether the application gets filed with a provisional or complete specification. The 20 years period commences from the international filing date for applications submitted under the Patent Cooperation Treaty (PCT).

A request for patent restoration must be made within eighteen months of the patent’s expiration date, along with the required fee. The item gets published in the official journal after receiving the request for further processing.

Rights Granted by a Patent

If the product gets a patent, the patentee has the right to restrict anyone in India from manufacturing, using, offering for sale, selling, or importing the patented product.

It’s vital to know “What isn’t Patentable in India” before filing a patent application in India. Any invention that is

It’s also worth noting that anybody can file a compulsory licence application, even if he already has a licence under the patent.

Infringement of Patent in India

The infringing patent in India actions can only begin after granting the patent. However, they can contain a claim that dates back to the date of publication of the patent application.

A patent infringement occurs when a patented invention is made, imported, used, offered for sale, or sold without permission within India. Only a civil action can get filed in a court of law under the (Indian) Patents Act, 1970.

Furthermore, an infringement complaint can be fought on various grounds, including the grounds that a patent cannot get awarded in India, and revocation of the patent can be sought based on such a defence.

Licensing and Assignment of Patent

It is permissible to assign a patent or a portion of a patent and mortgage, licence, or establish any other kind of interest in a patent. An assignment of a patent is only valid if it is written down.

The agreement gets reduced to a document containing all the terms and circumstances regulating the parties’ rights and responsibilities. The transferee must file a registration application in the proper format.

Section 3(a). An invention that is frivolous or which claims anything contrary to well established natural laws

Consider a computer that delivers more than 100% performance as an example. A first-generation perpetual motion machine that promised to generate work without the need for energy, it violated the rule of thermodynamics (the law of conservation of energy, which states that energy cannot be created or destroyed). It just transitions from one state to another.

This innovation claimed to create a powder delivery wheel, which is a gravity-driven perpetual motion machine. It stated that this machine could never get halted by anything other than human intervention.

The indicated machine was an infinitely sizeable stationary engine capable of continuous power generation from gravity force, which could be found on every planet. The patent got abandoned under Section 21(1) due to its performance violating the law of thermodynamics.

Section 3(b). An innovation whose primary or planned use or commercial exploitation might be in violation of public order or morals, or could have significant consequences for human, animal, or plant life, health, or the environment;

For example, the Oncomouse, genetically engineered to develop cancer for medical research purposes, is not patentable since cancer may get transferred to the general population.

Animal model developers argue that animal models should be patentable since 1. microorganisms are now patentable, 2. animal models are incredibly similar to human illness and so contribute considerably to the drug discovery process, and 3. patents give a way of recompense for millions of dollars invested in research, resulting in further research and, eventually, improved therapies. However, patent applications using animal models get denied on the grounds of morality and repeatability.

Although they relate to the same category of claims, claims 1 and 17 have been written separately. As a result, under Section 10(5) of the Act, the aforementioned assertions lack clarity and conciseness.

The claims do not meet the requirements of u/s 2(1)(j) of the Patent Act for novelty and/or inventive steps. The current invention’s issue is that its identifying traits are dependent on relative proportions, i.e., on the anatomy of the users.

The study also noted patent drafting mistakes in the abstract and design.

The applicant or agent did not present for the hearing on the specified day, nor did they provide a written response to the hearing notice.

3rd section (c). The discovery of a scientific concept, the development of an abstract theory, or the finding of any living or non-living substance in nature;

Examples include Newton’s Laws, the discovery of microorganisms, the Raman effect, and the Theory of Relativity.

Thanks to patents, individuals and businesses may get a lot of bang for their buck when developing new technology. In the quest for how, where, and when to patent, an intelligent strategy sat matches corporate interests should get used to deploying the technology with a wide variety of alternatives.

For example, by focusing on international concerns and rules in certain countries, a firm might save money and strengthen its rights through patents.

FAQS Regarding Patent In India

How long do patents usually last for?

What are the patent fees in India?

What are the three types of patents?

What are the advantages of getting a patent?