Payment of Bonus Act: The share of an organisation’s profit 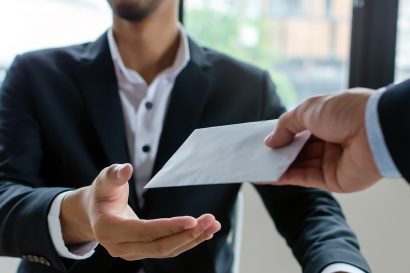 The tradition of providing bonuses in India gets believed to have begun during the First World War when several textile factories gave their employees a ten per cent wage increase as a war bonus in 1917. The demand for bonus payment also got included in several cases of labour disputes.

It was decided during the second and third sessions of the Eighteenth Session of the Standing Labour Committee in New Delhi in March/April 1960 to create a Commission to look into the bonus issue and develop appropriate regulations.

The government carefully wrote the Payment of Bonus Act 1965 to guarantee that employees get a fair part of the company’s profits. The government has made it mandatory for firms to offer an excellent bonus to their employees annually. It allows employees to earn more than the organisation’s minimum salary. Employers can choose the bonus rate based on the performance of their staff.

Objectives of the Payment of Bonus Act

Applicability of the Payment of Bonus Act

Establishments to include departments, undertakings and branches

According to the Payment of Bonus Act, any distinct departments, undertakings, or branches of an establishment, whether located in the same location or different locations, should be treated as sections of the same establishment for bonus purposes.

Eligibility and disqualification of bonus

If the following requirements are met, any employee is entitled to a bonus:

Duties of the Employer

The following are the responsibilities of the employer:

As required by the Act, estimate and pay the yearly bonus

To keep the following registrations up to date:

Employers are entitled to the following benefits:

Right of the Employees

Under the Payment of Bonus Act, employees get entitled to the following benefits:

Offences and penalties Under Payment of Bonus Act

In the event of a breach of the provisions of the Act or rules, the punishment is six months imprisonment or Rs.1000 fine, or both.

If failure to comply with the directives or requisitions issued, the punishment is imprisonment for six months or a fine of Rs.1000, or both.

Let’s say a company, firm, corporation, or group of individuals commits a crime.

In that instance, the company’s director, partner, principal, or officer in charge of the company’s operations should get presumed guilty unless the individual can show that the crime was committed without his knowledge or that he exercised all due diligence.

Classes of employees not entitled under the Act

The payment of Bonus Act does not apply to certain classes of employees, which include:

Amendment to the Payment of Bonus Act, 1965

The President promulgated the Payment of Bonus Ordinance 3 of 1965 on May 29, 1965, with immediate effect. It was done while a reference before the Bombay Industrial Tribunal was pending under Section 73-A of the Bombay Industrial Relations Act, 1946, arising from a demand for bonus payment for 1961 and 1962.

The employers’ claim that the firm’s profit and loss account for the years in question showed a loss was true. Then the workers’ representatives argued that the issue was governed by the ordinance and that the employees were entitled to bonuses of at least 4% of their wages or Rs. 40, whichever was more significant.

The Industrial Court sustained the workers’ claim and ordered employers, subject to the conditions of the Bonus Ordinance, 1965, to pay each employee a bonus for the year 1962 equal to 15 days’ salary or earnings or Rs. 40, whichever was more significant. Employers appealed to this Court with special permission, challenging the constitutionality of the Payment of Bonus Act, 1965, which abolished Ordinance 3 of 1965 and, in particular, the provisions under which a bonus at a minimum rate was made payable under the Act.

The Payment of Bonus Act of 1965 got enacted to make it lawful for businesses to pay bonuses. It has a system for determining bonuses based on earnings and performance. It allows worker underpayment to earn more money than the minimum wage or compensation. This Act specifies rules for various enterprises, including banks and government entities and businesses that are not corporations or firms. In addition to the method, this Act includes a strict redress mechanism.

FAQs Regarding Payment of Bonus Act

Are there deductions from bonus payments?

Are there exemptions in bonus payments?

Companies that suffer losses may get excluded from paying a minimum bonus to their employees for a limited time. However, the causes of the company's losses must be reasonable, and the employer must not be attempting to evade incentive payment by fabricating losses.

How is disqualification of bonus payments applicable?

Employers have the right to refuse incentive payments to employees who have engaged in misbehaviour, absenteeism, or fraud. Employers must also confirm that the domestic investigation process, suitable paperwork, and employee acknowledgement of wrongdoing follow the standing instructions before disqualifying the bonus payout.

What are the provisions related to start-ups or new establishments?

The statute exempts new businesses and institutions from bonus payments for the first five years. Employers are only allowed to give statutory bonuses in the year they profit following the start of operations.