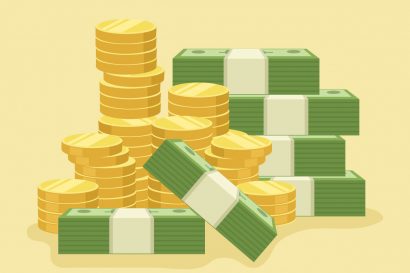 Money laundering or embezzlement is the practice of converting illegally obtained funds into ostensibly lawful funds, or ‘white money,’ as it is colloquially known. So, to put it simply, the money laundering act is converting dirty money into white money via numerous techniques. Money laundering recently got linked to financial crimes, particularly the manipulation of the financial sector.

Money earned by crimes such as extortion, tax fraud, market manipulation, wagering, and so on is considered filthy money. The individual who brings revenue from such activities must ‘clean‘ the money so that banks or other institutions would take it without reservation.

The money laundering act in India is considered the criminal act of obtaining millions of dollars from illegitimate sources that seem legit. Hence, making it of utmost essential to prevent such practices.

The PMLA Act would be the first to be created to combat the severe offence of regulating money or profits received from unlawful sources. It empowers the government to seize property resulting from criminal conduct.

The Effects of Money Laundering

The Prevention of Money Laundering Act got a green light by the then-NDA government on January 17, 2003. The principal purpose of the PMLA Act would have been money-laundering prevention and control and to seize any type of income obtained from wrongdoing.

The Bill got referred to the Department-related Standing Committee, and after evaluating all of its proposals, it got tabled in the Lok Sabha, where it progressed from a bill to an Act. On July 1, 2005, the PMLA Act was eventually enacted.

The PMLA Act’s primary goal is the prevention of money laundering. The menace of the money laundering acts in India lays the foundation for major organised crimes like terrorism, drug trafficking, illegal ammunition businesses and others. PMLA Act applies out three key aims:

The cash or money get transferred from their source during the Placement step. There are methods for concealing and camouflaging the source of finances. It may get accomplished by circulating the money around businesses, casinos, etc. The placement step could get performed in a variety of ways, including:

During this money laundering layering phase, the money launderers attempt to obliterate the records of their unlawful money, making it much harder for law enforcement to hunt down the stream of income. Methods used during the layering step include:

Once the money is in the financial system, it gets utilised to purchase monetary instruments such as bonds and securities.

Assets are purchased with unlawful funds and then sold in the local market, making it impossible to trace the source of cash.

The Layering stage follows the Placement stage. It is the most challenging stage since it entails isolating unlawful money from its source. It is a highly sophisticated technique that eliminates any prior ties between the monies and the initial crime.

Such a stage is often called “Money Laundering Integration“. During this phase, the formerly laundered funds get reintroduced into the market. It differs from layering in that detection and identification of laundered monies are supplied by informants throughout the integration process. During this stage, the following approaches get used:

Structuring often gets referred to as “smurfing“. To prevent suspicion of laundering, the embezzled funds are divided into small amounts and then put into deposits. These modest amounts of money also get utilised to purchase financial assets like bearer bonds and money orders.

Under this practice, a firm that gets a significant amount of capital for its activities deposits the funds in a different account and then deposits the laundered money in the same account, thereby mixing legal and illicit money. Later, it is all claimed as actual money.

Under this practice, transactions are overestimated or underestimated in the records to conceal the money trail.

with this practice, money is frequently put in foreign accounts with few documents and subsequently transported backed as FDI.

Since independence, successive administrations in India have been designing legislation and legal procedures to prevent money laundering. The impacts of money laundering and dismantle the existing networks, recognising the ground realities.

Before enacting the Prevention of Money Laundering Act in 2002 (PMLA Act), various acts in India addressed the subject only in passing. The “Conservation of Foreign Exchange and Prevention of Smuggling Activities Act of 1974“, “the Income Tax Act of 1961, “the Benami Transactions (Prohibition) Act of 1988“, “the Indian Penal Code and Code of Criminal Procedure of 1973“, the “Narcotic Drugs and Psychotropic Substances Act of 1985“, and “the Prevention of Illicit Traffic in Narcotic Drugs and Psychotropic Substances Act of 1988” were these statutes.

The PMLA Act was adopted in 2003 and went into effect in July 2005, along with associated Rules. According to Section 3 of the PMLA Act, anybody who directly or indirectly attempts, aids, or is a party to the conversion of unlawfully obtained money into an untainted source is guilty of money laundering.

The PMLA Act also empowers specified personnel to conduct investigations into money laundering situations. They also have the authority to seize assets gained via money laundering.

The PMLA Act foresees the identification of one or more courts of sessions as Special Courts or Special Courts to try offences punishable under the PMLA Act as well as offences with which the accused may get prosecuted at the same trial under the Code of Criminal Procedure 1973.

The PMLA Act also authorises the Central Government to collaborate with the government of any other nation to prevent any violation of the PMLA Act or the equivalent legislation of the other country.

The PML (Amended) Act, 2012 was introduced in 2012 to alter the PMLA Act. The change increased the meaning of money laundering, and the term now includes the possession, acquisition, and concealment of laundered money as a criminal crime.

Previously, money-laundering offences got prosecuted only when the amount involved was Rs. 30 lakh or more, except major ones such as terrorism. The barrier got abolished as a result of the modification. No matter how minor, all money laundering violations will subsequently get investigated.

The PMLA Act previously got revised in 2005 and 2009. The 2012 amendment was approved in January 2013 and went into effect in February 2013. The government argued that the Act needed to get amended since India joined the “Financial Action Task Force in 2010“, and the FATF only advised certain modifications to the statute.

It is essential to read and appreciate the remarks of the judiciary adjudicating on the provisions of the law to understand the ramifications and interpretations of a piece of legislation. As a result, three key issues involving the interpretation and applicability of critical portions of the PMLA Act are presented here.

Narendra Mohan Singh and Another vs Directorate of Enforcement

In Narendra Mohan Singh and Others against Directorate of Enforcement, the Hon’ble Jharkhand High Court adopted a tough stance on applying the PMLA Act and its many sections concerning “presumption“. However, the judicial system has supported fair trial processes, as seen by the decision in the case of Sarosh Munir Khan vs The Deputy Director.

In this instance, it got determined that Section 24 shifts the onus of showing that the profits of crime are untainted property to the person(s) accused of committing the act under Section 3. In reply to a statement given under Section 8(1) and per the legislative prescription in Act’s section 24, the person accused of having committed the offence under Section 3 must demonstrate, with corroborating evidence and material.

Further, he has the requisite means of income, earnings, or assets from which or through which he acquired the property alleged to be proceeds of crime. Only by making such a demonstration will the accused overcome the statutorily mandated presumption that the claimed profits of crime are untainted property.

Several petitions are underway in court contesting the Prevention of Money Laundering Act (PMLA Act), 2002. Since the Act’s establishment, there have been various gaps and discrepancies in its provisions, which have kept it in the spotlight. Undoubtedly, adjustments were made to close existing vulnerabilities, but they did not serve the goal for which they were intended and instead generated additional problems.

The PMLA Act takes the rigorous course of action in some cases and gives extensive powers to the Authorities under the PMLA Act to combat the issue of black money in the country. But the principle of justice should get considered, and the safeguards should be made in the public’s interest rather than exploiting them.

Furthermore, because the PMLA Act is relatively young, the court will have to make several interpretations throughout time. And the Court’s decision to take up the subject and resolve all current conflicts will undoubtedly be anticipated, providing a clear picture of the requirements.

The Court will act with prudence, bearing all of the principles of natural justice and the principles enunciated in the Constitution in mind. It will therefore interpret the PMLA Act so that there is no arbitrary use of authority and the PMLA Act remains legally compatible.

When does the PMLA Act get enacted?

Is the Act applicable across India?

Yes, it covers India, along with the state of Jammu and Kashmir.

What has been the international reaction been to combat money laundering?

Amid growing concerns about money laundering, the G-7 Summit in Paris in 1989 formed the Financial Action Task Force (FATF) on Money Laundering to build a cohesive worldwide reaction.

What is meant by the "proceeds of crime"?

The term "proceeds of crime" refers to any property derived or received, directly or indirectly, by any person as a result of criminal behaviour related to a scheduled offence, as well as the value of such property [Section 2(1)(u)].