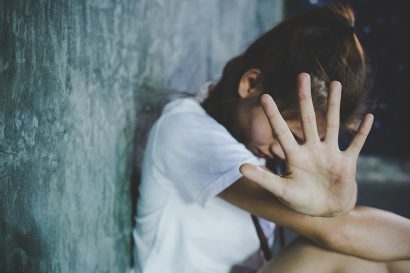 The Protection of Children from Sexual Offences Act is a comprehensive act that came into force in November 2012. The Ministry of Women and Child Development introduced the act. Commonly known as POCSO Act, the act deals with offences related to children. This act addresses heinous crimes and protects a child from sexual assault, sexual harassment and pornography.

The enactment of this act increased the scope of reporting sexual crimes against children. The POCSO Act, 2012 lays down the punishment for exposing children to any kind of sexual offence. The POCSO Act punishment is more stringent and covers all types of sexual abuse.

Why was the POCSO Act enacted?

Further, the act was required as the Indian Penal Code was inadequate to address Sexual Assault, Sexual Harassment, Pornography and Sexual Violence against boys and a child. IPC does not explicitly recognise these crimes. The POCSO was also required as the procedure for the crime reported under IPC is more rigid. Such a procedure is not child friendly. Even an adult is scared to visit a court when summoned to appear in the court; such a situation would have been more difficult for a child.

Also, India is a signatory of the United Nations Convention on Rights of Children (UNCRC). The POCSO Act, 2012 was enacted to ensure child-friendly procedure from the filing of the report and fulfils the requirement of Article 15(3) of the Constitution of India.

Features of the POCSO Act

The severity of the problem of child sexual abuse in India

The abusers generally are the people who knew the child personally and are in a position of trust and responsibility. In such a situation, the cases are generally not reported, or even the child’s parents don’t know about the condition.

Further, the National Crime Reports Bureau released a report in 2018. The report stated that the number of reported rape cases was 21 605, and the number of cases is quite huge.

The worst part is that the number of reported cases is less than the number of offences every day. And the situation becomes severe as the person committing the crime is trustworthy and close to the child’s family.

Section 3 of the POCSO Act 2012 includes penetration of any object or body part into any private part or mouth of the child. It also includes manipulating any body part of the child or making the child penetrate anyone else’s body or even the body of the offender.

POCSO ACT Punishment provides under this section a minimum punishment of 10 years that may extend to life imprisonment with a fine.

Section 7 of the POCSO Act: Offence of Sexual Assault

As per Section 7 of the POCSO Act 2012, when an abuser fondles the child’s private part or vice versa, he is said to have committed sexual assault. The sexual offence is touch-based and also include the sexual intent of the offender.

POCSO Act Punishment for an offence under section 7, provided under section 8, is minimum imprisonment of 3 years that may extend to 5 years with a fine.

According to Section 9 of the POCSO Act 2012, an act becomes aggravated or not depending upon the relationship between victim and offender. It also relies on the nature of the assault and the impact of the assault.

Section 10 incorporates POCSO Act punishment for an offence committed under section 9 of the act. According to this section, an offence under section 9 is punishable with an imprisonment of any description for a term that is not less than five years and may extend to 7 years with a fine.

Section 13 of the POCSO ACT: Using child for pornographic purpose

Section 13 of the POCSO Act states the child’s activities for pornographic activities. If a child gets used to any form of media for sexual gratification, then the person using the child is considered an offender for this section. Sexual gratification means and includes:

POCSO Act punishment for such actions is provided under Section 14. Section 14 of the Act provides the punishment given to an offender in different situations for using a child for pornographic purposes. The punishment is as follows:

Also, storing any pornographic material that involves a child is a punishable offence under POCSO ACT, 2012. POCSO ACT Punishment for such offence can be imprisonment of any description for a term that may extend to three years with a fine or with both.

Section 16 of the POCSO ACT: Abetment to commit an offence

As per section 16 of the POCSO Act 2012, a person is said to be committed an abetment in the following cases:

For all such acts of abetment and attempt to commit an offence, punishment is provided under section 17 and section 18 of the POCSO Act.

Abetment gets punished with the same punishment as the offender.

In case of an attempt to commit an offence, the person gets punished with half of the punishment given to the offender.

Punishment for false reporting of cases

Section 22 of the POCSO Act 2012 provides for such punishment.

According to section 22 of the POCSO Act 2012, if any person makes a false complaint or provides information that is not true related to any offence mentioned under sections 3, 5, 7 or 9with an intention to defame, threaten, or humiliate such person, then he has committed a crime under section 22. Such a person is liable for imprisonment, which may extend to six months with a fine or with both.

However, if a person provides false information about a crime against a child and knows that the information is incorrect but victimise the child by providing such information, in this case, the POCSO Act Punishment is a maximum of one year with a fine or with both.

Under this section, if a child makes false information, there is no punishment under POCSO Act Punishments.

The following can be an offender for an offence under POCSO Act:

Libnus vs State Of Maharastra

But the Bombay High Court overturned this decision and found him guilty under section 354A of the Indian Penal Code. No minimum punishment gets prescribed in this section, but the maximum punishment is three years. Keeping in mind that the accused has already spent five months in jail, which was adequate punishment for the said offence.

POCSO ACT, 2012 or Protection of Child from Sexual Offences Act, 2012, is an act that protects a child from being exploited sexually. It covers major sexual offences related to the child. The POCSO Act Punishments are more stringent, and the law is more severe than any other legislation. However, this act also set aside the principle of Innocent till proven guilty, as, under this act, a person is seen as a culprit and not as normal. As this act is related to the child and protects the child from being sexually exploited, the act has recognised all the major acts as offences. The POCSO act Punishment can be up to life imprisonment for the offender according to the severity of the offence.

According to Section 2(d) of the POCSO Act, a child is below the age of eighteen years.

What is the maximum punishment provided under the POCSO Act?

Under POCSO Act, 2012, maximum punishment of rigorous imprisonment for life can be given to an offender.

What are the offences covered under POCSO Act?

Is offence under POCSO Act Bailable or not?

An offence under POCSO Act is a non-bailable offence.