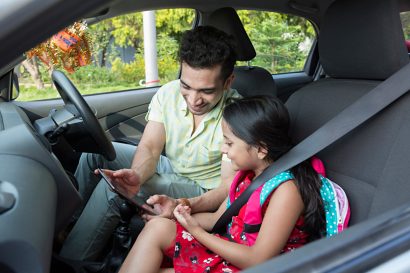 The Government has enacted a specific law, The Protection of Children from Sexual Offences (POCSO) Act, 2012, to deal with incidents of child sexual abuse.;

The POCSO Act 2012 is a detailed law protecting children from sexual assault, sexual harassment, and pornography while also protecting the child’s best interest at each stage of the proceedings process by integrating child-friendly processes for reporting, recording evidence, investigation, and speedy trial of offences through assigned Special Courts. The Act and the Rules enacted immediately went into effect on November 14, 2012.

What is Child Sexual Abuse?

Any sexual activity with a child for whom permission is not or cannot be acquired gets classified as child sexual abuse. It encompasses any sexual contact, regardless of age, including the use of force or the threat of force, any sexual contact between an adult and a kid, irrespective of whether deceit gets used or the child recognises the sexual nature of the behaviour. If a big age, development, or size disparity renders the younger child incapable of giving informed permission, sexual contact between an older and younger child can be harmful.

The increasing crime against children in India forced the Government to make a law against the sexual offences made against the children. The Government of India enacted the POCSO Act (Protection of Children from Sexual Offences Act) in November 2012. The act got formulated to deal with the crimes faced by the children like sexual assault, sexual harassment and pornography.

The major highlight of the act is that it contains additional 46 provisions that were not covered under the Indian Penal Code. It extended the scope of reporting offences against children.

What are the myths about Child Sexual Abuse?

These are 10 common myths about child sexual abuse:

What are the effects of Child Sexual Abuse?

The majority of the children suffer in silence and do not speak about it. Child sexual abuse can lead to feelings of shame, remorse, and rage.

POCSO is the acronym for ‘Protection of Children against Sexual Offences’. POCSO caters for child-friendly measures, methods and support to guarantee minimum trauma upon the child during the judicial process.

POCSO Act Full Form: Protection of Children from Sexual Offences Act. POCSO Act is a comprehensive Act formulated by the Government of India to safeguard the interests of children to combat child sexual abuse and exploitation effectively. The act states mechanisms for reporting, recording evidence, investigation, and speedy crimes against children through special courts. The act embraces children below the age of eighteen. The act also defines various modes of sexual abuse like penetrative sexual attack, non-penetrative attack, sexual attack and pornography.

The act has mentioned aggravating situations that are considered critical cases.

Even though various statutes got enacted, there are still some gaps in the law that leave provisions for child sexual abuse unaddressed. Sexual offences were not adequately addressed by the Indian Penal Code (IPC), the Information Technology Act of 2000, and the Juvenile Justice Act of 2000. There are no special rules or legislation to deal with male child sexual abuse.

It specifies age in Section 375, which defines rape, and Section 376 deals with rape committed against a female. Section 377 of the IPC is the other law dealing with unnatural activities that get invoked. This section does not include forcible intercourse with a boy, which is a form of rape, and the IPC is silent in this case. Publication and transmission of pornography over the internet are illegal under Section 67 of the Information Technology Act of 2000.

Definitions under the POCSO Act

A person is said to commit sexual harassment upon a child when such person with sexual intent,

What are the features of the POCSO Act 2012?

The following are the salient features of the POCSO Act 2012:

The purposes of the POCSO Act 2012 are as follows:

What are the provisions of the POCSO Act 2012?

Power of Court and Procedure Followed

The POCSO Act, 2012 provides severe punishments for offences against children, including rigorous imprisonment for life and a fine. Below are the major punishments prescribed under the act.

The changes in the POCSO Act

To battle the rising cases of sexual abuse against children, the union government of India has brought amendments to strengthen the POCSO act. The Parliament enacted the Protection of Children from Sexual Offences (Amendment) Bill, 2019, after the bill was passed by both houses unanimously.;

The bill has included the death penalty for aggravating sexual crimes against children besides stringent punishments for crimes against minors. The bill also includes new offences such as ‘child pornography’ and widens the scope of aggravated sexual assault.

The changes in the POCSO act also contain harsh punishments like imprisonment and fine to curb child pornography.

The punishment can be imprisonment between three to five years, a fine, or both. The Bill also adds two other crimes to store pornographic material involving children. These include:

The appellant committed the offence of rape to a victim aged about eight years. The offence of rape includes sexual assault by penetration of the penis. It includes inserting any object or part of the body, not being the penis, into the vagina of the victim.

Significance of POCSO act in India

Offences against children are increasing day by day in our country. Statistics show that registered cases against children rose from 32,608 to 47,325 in 2019. It clearly depicts that there is a 45% increase in two years. The importance of the new bill is that it will have a huge impact on predators and serial offenders. There is a hope that the bill will act as a deterrent to reduce sexual offences against children. The act will protect children in vulnerable positions and mentally not stable.

The significant part of the bill is that it values gender neutrality. The act speaks about the offenders irrespective of male, female, trans male or trans female or any gender. The bill also mentions the death penalty to heinous crimes and stringent punishments. The bill will refrain society from doing criminal acts.

The Nagpur bench ruled that holding minors’ hands and opening pants zips do not constitute sexual assault under POCSO, 2012, but rather sexual harassment under Section 534A (i) of IPC.

The Court observed that a ‘physical contact with sexual intent without penetration’ is an essential factor in the concept of sexual assault.’ Because there was no real touching of the private regions of the body in the case, the Bombay High Court assessed whether the act fell within the third path of the definition, which includes ‘any other act with a sexual purpose that involves physical contact without penetration.’

As a result, the offender was convicted under sections 342 and 354 of the IPC,1860 (insulting a woman’s modesty) and specified a one-year minimum punishment while it may have been extended to a five-year harsh punishment. This ruling sparked outrage, and the Supreme Court delayed the decision.

Even though the Parliament enacted the POCSO Act 2012, which went into effect on November 14, 2012, this specific law to protect minors from sexual assaults remains an unimplemented statute that most people are unaware of.

The POCSO Act 2012 looks at a support system for children in the criminal justice system by creating a comfortable environment using current equipment such as the Child Welfare Committee and the commission.;

The primary goal of the POCSO Act is to protect children from sexual assaults, abuse, and other types of sexual offences. However, because the majority of rural India is still entirely unaware of such an Act, which primarily aims to stop sexual violence against children, any instance of a sexual offence committed against a child often results in child marriage, exclusion of the family from society, or complete silence about such heinous crime committed against the child.;

Upon receipt of a complaint or the police report itself, the Special Court may take cognisance of any offence under this act. The court must provide a child-friendly environment, including allowing family members or guardians to be present in court.

Who gets considered as a child under the POCSO Act?

Any child who is below the age of 18 years.

By whom did the POCSO amendment bill gets introduced?

The POCSO amendment bill got introduced by Mr Virendra Kumar.

Under which section, recording of the statement of a child gets mentioned?

What does section 14 of the POCSO act state?

Section 14 states the punishment for using a child for pornographic purposes.

When did the POCSO Act come into effect?

Within how many hours police must report child sexual abuse to the Child Welfare Committee (CWC)?

What was the primary purpose of the POCSO Act 2012?

Protection of minors under 18 from sexual harassment, assault, and pornography.