POSH ACT: A Step to Stop Sexual Harassment at the workplace 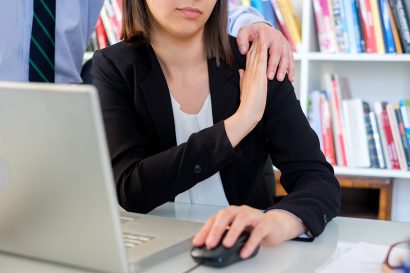 The Sexual Harassment of Women at Workplace (Prevention, Prohibition, and Redressal) Act, 2013, often known as the ‘POSH Act’, is an Indian law created to make workspaces safer and more secure by preventing, forbidding, and remedying acts of sexual harassment against them in the workplace. The Ministry of Women and Child Development declared the law applicable throughout India on December 9, 2013. Let’s get in deep and understand what is all incorporated in the POSH Act.

Section 2(a) specifies “aggrieved woman” as:

(i) In the case of a workplace, a woman of any age, regardless of being employed or not, who claims that the responder has sexually harassed her;

Section 2(e) identifies a “domestic worker” as a person who is employed to undertake household duties in any house, whether in cash or in-kind, on a temporary, permanent, part-time, or full-time basis, either directly or via an agency, but does not include any member of the employer’s family.

Section 2(f) “employee” defines any person employed at a workplace on a regular, transitory, ad – hoc basis, or daily salary basis, whether directly or via an agency, including a contractor, for any task, with or without the knowledge of the principal employer, whether for remuneration or not, or working voluntarily or otherwise, whether the terms of employment are express or implied, and entails a co-worker, probationer, a contract worker, trainee.

Section 2(n) defines “sexual harassment” as any one or more of the following unpleasant acts or conduct (whether directly or indirectly):

(i) direct physical touch and advances; or

(v) any other unwanted sexual, physical, verbal, or nonverbal behaviour;

(iv) any sports institute, stadium, sports complex, competition, or games site, whether residential or non-residential, utilised for training, sports, or other related activities;

(vi) a place to live or a residence

Section 3 -is the POSH Act’s charge section, and it states that;

(1) No woman will be subjected to sexual harassment at any time or place of employment.

(i) an inferred or explicit promise of preferential treatment at work; or

(ii) an inferred or explicit threat of adverse employment treatment; or

(iii) a threat, implied or explicit, concerning her current or future work position; or

(iv) interfering with her job or making her work environment frightening, insulting, or hostile; or

(v) humiliating treatment is likely to jeopardise her health or safety.

It should be noted that every office, branch, or site office with ten or more employees must have an ICC.

Section 9 of the PSOH Act stipulates that any aggrieved person may register sexual harassment’s in the workplace complaint letter with the ICC or if one is formed a local committee.

Section 10 – states that the ICC or Local Committee would attempt to resolve the complaint through mediation and conciliation by addressing the problem with the complainant and the respondent.

Section 11– When contemplating action, the ICC or Local Committee, as the case may be, shall have the identical powers as a Civil Court under the Code of Civil Procedure,1908, namely—

(i) Calling a person to appear and compel his attendance, as well as questioning him under oath;

(iii) Any additional factors that may get specified.

Section 12 – specifies the steps to be taken by the ICC or the Local Committee while the complaint is pending.

(i) Transfer the dissatisfied lady or responder to another workplace;

(ii) Provide the lady with up to three months’ leave;

(iii) Provide the aggrieved lady with any additional remedies that may be provided.

Note that the aggrieved woman’s leave is in addition to the leave she would be entitled to in the normal course of her employment.

Section 14: Penalties for false or malicious complaints and false evidence—

Action be taken against the respondent by the employer or the District Officer:

To calculate the sums to be given to the aggrieved lady under clause (ii) of sub-section (3) of section 13, the Internal Committee or the Local Committee, as the case may be, shall take respect to—

Section 16: Prohibition of publication or making known the contents of complaint and inquiry proceedings—

The substance of the complaint filed under section 9, the aggrieved lady’s name and address, the respondent’s name and address, and the names and addresses of any witnesses, as well as any material pertinent to the conciliation and inquiry processes, as the case may be, and the steps taken by the employer or the District Officer under the Act’s provision will not get divulged, regardless of what indicated in the Right to Information Act, 2005 (22 of 2005).

Provided, however, that information on the justice obtained for any victim of sexual harassment under the POSH Act may get published without exposing the name, address, identity, or any other particulars designed to lead to the aggrieved lady and witnesses’ identification.

shall be liable for:

(2) The appeal under subsection (1) must get filed within ninety days of the recommendations.

Section 26: Penalty for failure to comply with the provisions of POSH Act—

(iii) violates, attempts to violate, or aids in the violation of any other provisions of this Act or any rules established thereunder,

he shall get punished with a fine of up to fifty thousand rupees.

(2) Any employer having a previous conviction of an offence punishable under POSH Act commits and is convicted of the same conduct again will be subjected to:

(i) double the sentence imposed on a first conviction, subject to the maximum punishment specified for the same offence:

However, suppose a harsher punishment gets prescribed for the offence for which the accused is being prosecuted under any other legislation in effect at the time. In that case, the court must consider it when imposing the sentence.

(ii) termination of his licence or withdrawal, or non-renewal, or permission, or cancellation of the registration necessary for carrying on his business or activity by the Government or local authority, as the case may be

A look at sexual harassment of women at workplace

It also includes implicit acts in which a refusal to engage in sexually improper behaviour accompanied by threats that might jeopardise employment or create a hostile work environment.

Suppose that A sends improper forwards with sexual material to their employee, B. B ignores it and does not respond. Except for B, A invites the whole team to a transaction closing. When B inquires why they did not have the invitation, A informs them that the others responded to the messages, but B did not.

To prevent sexual harassment in the workplace, all employers must take proper measures. They should perform the following measures without regard for this obligation:

When such behaviour amounts to specific offences under the Indian penal code or any other legislation, the employer must take proper legal action.

The employer shall make a complaint with the appropriate authorities or assist the aggrieved female in making a complaint with the appropriate authority. While investigating accusations of sexual harassment, it should ensure victims and witnesses are not threatened or discriminated against. Victims of harassment must have the option of requesting either the perpetrator’s or their transfer.

Whether or not such conduct is an offence under the law or the service regulations, an adequate complaint mechanism must get maintained inside the employer’s organisation to resolve any complaint properly. A complaint process of this type should include the time-bound handling of concerns.

The complaint process should resolve complaints through the Complaints Committee. It should be made up of members who have prior knowledge of the POSH Act and the competence to deal with situations of sexual harassment.

Furthermore, to avoid any influence from higher levels, such a Complaints Committee should include a third party external member from either an NGO or any other organisation knowledgeable about resolving harassment complaints.

The employers and those accountable will report compliance with the aforementioned requirements. It will include a report to the government department on the functioning of the Complaints Committee.

Employees should be permitted to bring up harassment issues at meetings and other relevant forums. It should be mentioned positively at the organisation’s Employer-Employee meetings.

Awareness of the rights granted to female employees by POSH law should be fostered, particularly by conspicuously announcing the rules.

How one can mentally get harassed at the workplace

In Indian law, there is no definition for the term “mental harassment.”

However, in L. Nagaraju vs Syndicate Bank and Ors, the Division Bench of the Hon’ble Andhra Pradesh High Court went on to describe the term Mental Harassment and referenced the “Indian Journal of Community Medicine” (official magazine of preventive and social medicine) in the article “A cross-sectional research in Coastal South India,” which defined “workplace harassment,” thus:

“Harassment” is defined as “any inappropriate or unpleasant action that may reasonably be expected or understood to cause another person offence or shame.“

Harassment can take the shape of words, gestures, or acts that irritate, alarm, abuse, degrade, intimidate, ridicule, humiliate, or embarrass another person, or that creates an intimidating, hostile, or unpleasant workplace environment.”

“Finally, we may thus state or define workplace harassment as follows: Workplace harassment is any type of unwelcome action taken against an employee by the employer or anyone acting on his behalf that causes difficulty in performing assigned tasks or causes the employee to feel he or she is working in a hostile environment,” the Division Bench of the Hon’ble Andhra Pradesh High Court added.

Failure to comply might result in severe consequences. The PoSH Law has the following provisions:

The POSH Act’s positive impact as an effective legal remedy for women facing sexual harassment in the workplace is visible in the steadily increasing number of complaints of such cases each year.

As the number of cases reported of sexual harassment at work increased by nearly 54 per cent in 2018 and 14 per cent in 2019, there was some concern among the general public. Still, industry experts point out that this increase in reporting is a positive sign.

It indicates that women are more aware of workplace sexual harassment legislation, as all organisations have implemented the recommendations and provisions outlined in the POSH Act, 2013.

“Women are more willing to report any case of sexual misconduct these days, and it is the responsibility of organisations to act quickly,” said Suresh Tripathi, vice president of Tata Steel’s human resource management.

What are the three main components of the posh act?

The POSH Act has taken components of this agreement, such as gender equality in the workplace, gender-specific violence, and inappropriate sexually coloured behaviour, and embraced them to create a robust legislative framework.

Why is posh important?

Employees benefit from PoSH training because it makes them aware of their rights under the PoSH Act. It encourages women to come out and report any sexual misbehaviour by a college or senior in the workplace, hence ensuring a safe working environment.

Which case resulted in the enactment of the PoSH Act?

After the landmark case of Vishaka and others v. the State of Rajasthan, these rules were developed. This case was brought to the Supreme Court due to the Rajasthan High Court's unwillingness to bring justice to Bhanwari Devi, a participant in the Rajasthan Government's Women's Development Program.

Who can provide POSH training?

The ICC should be composed of a minimum of four members, one of whom must be a senior female employee employed at the workplace/or belonging to another organisation as well as individuals well versed in gender or social issues, devoted to the cause of women, or knowledgeable in legal matters.