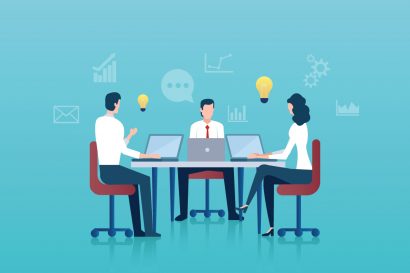 A private entity or private shareholders own a private limited company to achieve more profits. It gets considered as a corporate body that aims to achieve more and profits.

It offers limited liability to its members and legal protection for its members. The private property and assets of the company members are free from the legal hassles in case of debts and liabilities in the company’s name. The liability of shareholders in this company extends up to the number of shares.

Section 2(68) of the companies act 2013 prescribes the definition of a private company as,

A company having a minimum share capital as prescribed by its articles:-

As per section 3 of this act, there is a minimum of two or more persons required to incorporate a private company and,

As per section 149, a company must have a minimum of 2 members as its board of directors.

Here are some salient features of a private limited company mentioned below:-

Private Limited companies are categorised into three categories by the liability of their members. These are:-

The liability of the members in a company limited by shares gets limited by the Memorandum of Association to the amount of his share, which remains unpaid.

Therefore, the shareholder’s liability in a Private Company is limited by shares restricted to the paid-up share capital or any unpaid amount.

The shareholder cannot e made to pay more than his share capital invested in the company as his liability does not extend more than that.

In a Private Company limited by guarantee, the liability of its members is limited to the amount of liability guaranteed by each of the members in the Memorandum of Association.

Therefore, the members of a Private Company Limited by Guarantee cannot be held liable for an amount higher than the amount of guarantee undertaken in the Memorandum of Association of the company.

The members of such a company can be called to settle their guarantees in the case of winding-up of the Company.

When the company is making huge profits, the guarantee of the members of a Company Limited by Guarantee cannot get revoked.

A company limited by guarantee is suitable for all those companies which require minimal capital funds for its existing operation.

In unlimited Companies, members of the companies don’t have any restrictions on the liability of their members.

The liability of each of the members is unlimited and extends to the whole amount of the company’s debts and liabilities.

So, the creditors of an unlimited company can attach the personal property and assets of the company members to settle the debts and liabilities of the company at the time of its winding up.

Even after unlimited liability, the company members cannot get sued individually. The company will be considered a separate legal entity and can sue and get sued in its name.

Here are some advantages of private limited companies listed:-

Unlike a public company, in a private limited company, shares cannot be sold or transferred to other people in the open market. It can get transferred to private shareholders only with the will or wish of the owner.

Shares of such companies get owned by founders, management, or a group of private investors. As private companies do not allow their shares to get traded in an open market, i.e. share market, there will be fewer shareholders, and decision-making will be less complex, efficient, and prompt.

Private companies have to comply with fewer legal formalities than public companies.

Private companies require fewer filings than public companies as most of their work need not be in the public domain to gain public confidence and improve its goodwill like that in the case of a public company.

It gets done to gain public confidence so that more and more subscribe to the shares of that company, and the prices of shares boom, leading to huge profits to the company. In contrast, a private company does not need to do this as people cannot subscribe to its shares on their own in an open market.

As a private company shareholder is fewer in number than a public company, the decision-making process is less complex and more efficient.

As more shareholders get consulted, management and decision-making become more complex and confusing in public companies. This complex procedure gets eliminated in a private company as the number of shareholders is less.

The main objective of a public company is to increase the value of its shares which will ultimately lead to more capital funding and profit.

While in a private company, the objective of managers is flexible in achieving short term and long term objectives.

Private companies and their members responsible for their operation don’t concern the stock market as their shares are not freely tradable.

Private companies don’t have to make decisions and carry on their operation according to shareholders expectations.

The stock market nowhere influences the policies of private companies.

A private limited company focus on long-term earnings; as such, pressure gets eliminated. They are not pressured to increase their profits in the short term by increasing their stocks’ value.

Earlier, such a company required a minimum share capital of one lakh for its formation. Still, after the companies (amendment) act 2015, there is no such minimum requirement of share capital to be maintained to form a company.

Private companies keep their information like financial reports, transactions, income tax returns, and other documents confidential. It is not a requisite for them to bring as it will give an unfair advantage to their competitors in the market, which could be harmful to them.

Besides having advantages, there are also some disadvantages of private limited companies:-

Registration of a private limited company

Once a name for the company is decided, the following steps have to be taken by the applicant:

NOTE:- If a person doesn’t want to go into the detailed process, he can file an INC-29 form as an integrated form for incorporation of such company instead of filing different forms.

Requirements at the time of registration

An individual will need the following at the time of registration of the particular company:-

A private limited company is the best way to commence a business for small and medium enterprises. Its characteristics impliedly state that its members are secure from settling any liabilities from their personal assets in case of loss suffered by a company. There is no such minimum capital requirement for its formation, which invites more and more people to commence their business with such type of company.

Such a company does not have to comply with so many legal formalities like a public company and their business. Its objectives mentioned in its memorandums do not depend on shareholders’ will.

The board of directors do the decision-making in such a company in its general or special meeting, which lacks complexity because of having a minimum no. of directors.

This company’s financial transactions and reports remain confidential, preventing them from competing against unfair trade practices.

So, overall a private limited company is the best way to commence a startup business.

What is the minimum requirement of share capital to form a private limited company?

There is no such minimum requirement of share capital to form a private limited company after the companies (amendment) Act 2015.

The form INC-7 is used to incorporate a company other than a one-person company.

What are the documents to get accompanied by the INC-7 form?

Form INC-7 should incorporate the memorandum of association and articles of association, details of directors and evidence of payment of stamp duty.

Which must be submitted by the directors to the memorandum of the company giving a declaration that he is not previously convicted of any offence?

Form INC-9 is to be submitted by the directors in this regard; otherwise, he will not be eligible to be appointed as a director under section 196 sub-section 3, clause (d) of the companies act 2013.

Is it required for the directors to file a declaration to ROC with form INC-21 under section 11 of the companies act 2013?

No, it is no more a requirement as section 11 is omitted by the companies (amendment) act 2015.

The INC-29 form is an integrated incorporation form for obtaining DIN, approval of name, application of PAN and TAN, particulars of payment of stamp duty, etc.