Probation Of Offenders Act: A chance to reform 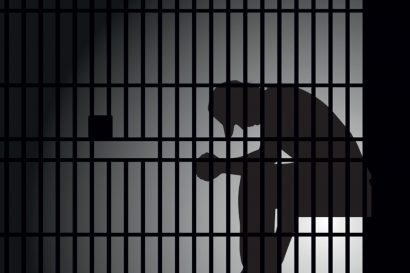 Hate the crime, not the perpetrator. We have probably heard it a million times. It implies that we must abolish crime, which does not necessitate the removal of criminals. In India, criminal law focuses on mending criminals rather than punishing them.

Punishment does provide a sense of satisfaction to both society and the victim, but it does not rehabilitate the culprits. When someone gets released from prison, rights get abused, especially in incarceration. Juveniles are particularly vulnerable to this abuse. Their minds are immature, and they become distracted when confronted with a group of criminals in jail. And thus, the Probation of Offenders Act has been regulated.

A person convicted of a crime staying in the community rather than being imprisoned is on probation.

Probation entails following specific court-ordered rules and restrictions while under the supervision of a probation supervisor.

The Deterrence Doctrine, which laid the foundation, has evolved into a reformist approach with time.

In a study, it was determined that reintegration into the society of offenders after release declines. They could have issues working with professional delinquents as well. So, it has an unfavourable effect on the convicted person and their life afterwards.

Probation of Offenders Act 1958 protects minor offenders from becoming regular criminals. They can choose to reform themselves rather than go to prison to accomplish this. The probation officer reaches out to the accused’s needs and challenges in a kind manner and attempts to resolve the issue, which gets done for those convicted of lesser offences.

Scope and Background of Probation of Offender Act

Aims and objectives of probation

Salient features of the Probation of Offenders Act, 1958

The most significant salient features of the Probation of Offenders Act are:

What is a probation officer?

A probation officer, a court official, regularising, interacts with persons on supervised probation. In general, these individuals are perpetrators and low-level criminals.

As per the Probation of offenders Act’s Section, a probation agent’s principal responsibilities include criminal probation monitoring, investigation and direction, counselling, and professional control. This probation officer promotes the criminal’s rehabilitation as a law-abiding member of society by encouraging, directing, and supporting him.

THE OFFENCE FOR WHICH PROBATION CANNOT BE GRANTED UNDER THE ACT

The benefit of the Probation of Offenders Act can be effective in circumstances where people attempt to terminate their own life due to family turmoil, destitution, the loss of close relatives, or other similar reasons.

Its goal is to rehabilitate the criminal and guide him along the correct road. It would be highly beneficial in India, where jails are overcrowded, and human rights violations occur daily, hardening a person’s heart. Probation is the divine affirmation inside every creature, and it must be valued.

The reform and recovery process must be carried out in the existing social environment to achieve the ultimate goal of recovering all offenders back into organised society. Along with the juvenile justice system, probation has brought human concerns and socioeconomic difficulties that underpin the ideas of crime and punishment.

It also aided in developing good attitudes toward convicts and broadened the function of enforcing criminal justice beyond regular sentences.

What is the cost and compensation under this act?

According to Section 5 of the Probation of Offenders Act of 1958, the court may order:

What are the Pit-falls in the Probation System in India?

The probation system has certain flaws:

What is Probationer reachability and aftercare?

To avoid resorting to violence, the probationary officer shall help with social rehabilitation. The probation officer will attempt to acquire the probationer for this purpose:

What are the Responsibilities of a Probation Officer?