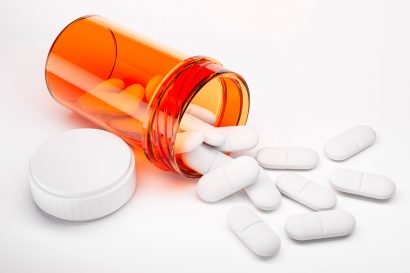 According to an assessment using the WHO Assessment Instrument for Mental Health Systems (WHO-AIMS), almost all the countries in Eastern Mediterranean Region have psychotropic drugs on their national essential medicines lists. Still, only 36% of primary health care facilities in the region have a regular supply of essential psychotropic drugs.

To support the integration of a mental health component into primary health care, countries must ensure a consistent supply of crucial psychotropic medications to all health institutions, including basic health care facilities, as indicated in the regional strategy.

The World Health Organisation (WHO) recently released guidelines for the medical treatment of mental disorders in primary health care, which nations can adjust to their specific needs.

What Are Psychotropic Drugs?

These chemicals can be used for medical purposes, recreationally, to increase performance or alter consciousness, as entheogens for ritual, spiritual, or shamanic purposes, or experimentation. Physicians and other healthcare professionals prescribe some types of psychoactive medications with therapeutic value.

Detoxification and rehabilitation programmes for those dependent on or addicted to other psychoactive drugs may include psychoactive substances.

The usage of psychotropic drugs can be traced back to prehistory. There has been historical proof of psychoactive substance (mainly plant) usage reaching back at least 10,000 years and archaeological facts of cultural use extending back at 5,000 years. In Peruvian society, for example, chewing coca leaves stretches back over 8,000 years.

One aspect of psychoactive drug use that often gets overlooked is medicinal use. Some argue that modifying one’s consciousness is as primal as the desire to quench one’s thirst, hunger, or sexual desire.

Supporters of this viewpoint argue that the history of drug usage and children’s desire to spin, swing, or slide demonstrates that the need to change one’s mental state is universal.

Many governments worldwide responded to the use of recreational and psychotropic drugs in the twentieth century by outlawing them and making their use, supply, or exchange illegal. Prohibition in the United States was a famous example, as alcohol was made illegal for 13 years.

However, many nations, government officials, and law enforcement officers have concluded that criminalising illicit drug use will not be enough to stop it.

In some countries, health services are moving toward harm reduction, in which the use of illicit drugs neither gets condoned nor promoted. Still, services and support get offered to ensure that users have access to accurate information and reduce the negative consequences of their use. Such is the case with Portugal’s decriminalisation strategy, which met its primary goal of decreasing the negative health consequences of drug consumption.

Antidepressants and their Side Effects

Antidepressants sometimes get used to treating Attention deficit hyperactivity disorder (ADHD) in adults, even though they are not FDA-approved for this purpose.

Selective serotonin reuptake inhibitors (SSRIs) are the most often prescribed antidepressants (SSRIs). SSRIs include the following:

Serotonin and norepinephrine reuptake inhibitors (SNRIs) are other types of antidepressants. Venlafaxine and duloxetine are SNRIs, which are similar to SSRIs.

SSRIs, SNRIs, and bupropion are popular antidepressants because they have fewer adverse effects than previous antidepressants and appear to address a broader range of depression and anxiety disorders.

The FDA lists the following as the most prevalent side effects from these types of psychotropic drugs:

Anti – Anxiety Drugs and their Side Effects

Anxiety disorders get treated with benzodiazepines such as:

Anti-anxiety drugs, like any other medications, can have side effects. Some of these dangers and side effects are dangerous. Drowsiness and dizziness are the most typical benzodiazepine adverse effects. Below are some more likely negative effects:

Stimulants and their Side Effects

The following stimulants get used to treating ADHD:

Stimulants also get used in treating narcolepsy and, in rare instances, depression. Stimulants can have adverse side effects. The majority of side effects are minor and go away when the dosage gets reduced. The following are the most common side effects:

Antipsychotics and its Side Effects

The term “psychosis” refers to various mental illnesses with a loss of contact with reality, such as delusions or hallucinations. It might be a sign of a physical problem like drug addiction or a mental illness like schizophrenia, bipolar disorder, or severe depression (sometimes known as “psychotic depression”). Antipsychotic medications get used in treating psychosis.

Antipsychotic drugs are frequently used in conjunction with other medications to treat delirium, dementia, and mental illnesses, such as:

Antipsychotic medications do not cure these diseases. They’re required to help with symptom relief and overall quality of life.

Antipsychotics come with a slew of risks and side effects. Antipsychotic medications have the following adverse effects, according to the FDA:

Mood Stabilizers and its Side Effects

Mood stabilisers generally get used to treating bipolar illness, mood swings associated with other mental diseases, and, in some situations, enhancing the action of other antidepressant drugs and psychotropic drugs. Lithium is a mood stabiliser licenced for the treatment of mania and the maintenance therapy of bipolar disorder. Several cohort studies have found that lithium has anti-suicide advantages for people on long-term maintenance.

Mood stabilisers can have various side effects, which can be dangerous, especially if blood levels are too high. These are some of the adverse effects:

How do psychotropic drugs work?

Several psychotropic drugs alter the number of essential chemicals in the brain. Neurotransmitters are the chemical names for these substances. Certain neurotransmitters can be increased or decreased to counteract the impact of specific mental health conditions.

Psychotropic drugs aren’t a panacea. They can only get used in treating mental illnesses, and they’re sometimes most successful when used in conjunction with psychotherapy.

Except for anxiolytics, stimulants, and hypnotics, most psychotropic drugs are not addictive. Intense desires, obsessions, lack of control, and behaviour to fulfil the addiction are all characteristics of addictive behaviour. Psychotropic drugs do not cause dependence because you do not need to keep raising the dosage to have the same result. They also don’t cause addiction-related cravings.

When patients stop taking certain medications, they frequently experience transitory withdrawal symptoms (also known as discontinuation syndrome). Dizziness, headaches, lethargy, sweating, nausea, sleeplessness, restlessness, and a disturbing mood are all possible symptoms. These usually start within the first several days after discontinuing or significantly reducing your intake and last around a week.

However, just because you have a brief reaction does not indicate you have formed an addiction.

For certain drugs or classes of pharmaceuticals, the FDA mandates warnings. There are three primary causes for this:

Here are some examples of medications with their risk factors. It is not an exhaustive list of medications or risks. Always consult your doctor or pharmacist for information on specific medicine side effects and risks:

Medications are essential in the treatment of mental diseases. Therapy and working with families have a place in today’s world. Psychotropic drugs have a wide range of adverse effects, some of which are serious and even life-threatening. When a person with a mental health condition is experiencing various signs and symptoms while on medication, the adverse drug effects should get evaluated in the differential diagnosis. Since the introduction of psychotropic drugs, the death rate among psychiatric inpatients has reduced. Since the introduction of psychotropic medications, there has been no increase in sudden deaths.

What are the other names for psychotropic drugs?

How many types of psychotropic drugs are there?

There are five types of psychotropic drugs.

What are the three types of antidepressants?

What are antipsychotic medications used for?