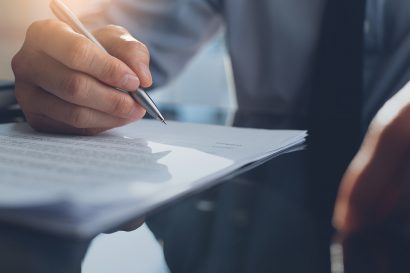 A Quasi Contract is a retroactive agreement between two parties who made no earlier contractual obligations. The court creates it to correct a situation in which one party gains something at the expense of the other.

The name got derived from the Latin term “Nemo debet locupletari ex aliena jactura”, which states that no one should gain an unjust benefit from another’s loss.

So, Quasi Contracts are formed by rights and obligations comparable to those created by a contract but do not result from ordinary transactions. The theories of unjust enrichment and quantum meruit establish fictional courts’ contracts primarily for equitable purposes.

The Quasi Contract’s goal is to prevent one party from gaining financially from the circumstance at the expense of the other. Although it is not needed, such agreements can get enforced if approved by the party delivering the products or services.

The Quasi Contract history may get traced back to the Middle Ages when it was known as indebitatus assumpsit. At the time, the law obliged a plaintiff to get a certain amount of money from a defendant in a court-determined sum, as if the defendant always had decided to pay the plaintiff for its goods or services.

Indebitatus assumpsit was a procedure employed by the courts to force one party to pay another as though the two parties had entered into a contract. The law implied the defendant’s acceptance to get bound by an agreement that demanded reparation. Such arrangements were first employed to enforce reparation commitments in the early days of the Quasi Contract.

Sections 68 to 72 deal with relationships similar to those formed by contract.

It includes obligations recognised in English law as Quasi Contracts or Constructive Contracts. It applies to situations in which the obligation to pay does not come from a contract or a tort but because one person got an unfair advantage at the expense of another. Thus, in such responsibilities, the concept of natural justice and equity is the decisive element.

The Quasi Contractual obligations were found on the premise that law and justice should endeavour to avoid unjust enrichment, i.e. enrichment of one person at the expense of another [Lord Mansfield in Moses v. Macferlan (1760) 2 Burr 1005] or to prohibit a man from retaining the money of, or any advantage gained from, another which it is against conscience for him to maintain. Quasi Contractual duties are the name given to these kinds of relationships. In India, it sometimes gets referred to as a relationship similar to those made through contracts.

The different kinds of Quasi Contracts are:-

Suppose a person who is legally unable to enter into a contract or anyone he is legally obligated to assist is supplied with necessities appropriate to his position in life by another. In that case, the person who has furnished such supplies gets compensation from an incapable person’s property.

For example, A provides B, a madman, with necessities appropriate to his state of mind. A is entitled to compensation from B’s property.

A person interested in paying money that another person is legally obligated to pay and does so has the right to be compensated by the other.

Example: B has land in Bengal under lease from A, the Zamindar. The revenue due by A to the government is in arrears. So, the government advertises his land for sale under the revenue legislation, with the implications of cancelling B’s lease. To avoid the sale, B pays the cash owed from A to the government. A is obligated to reimburse B for the amount paid.

The following are the conditions for responsibility under Section 69:-

Obligations to Pay for Non-Graduating Acts

When a person lawfully performs something for another person or provides something to him without intending to do so gratuitously, and that other person benefits from it, the latter is obligated to compensate or return the items done or provided to the former.

Example: A, a tradesman, makes a mistake and accidentally leaves items at B’s residence. B treats the products as though they were his own, and he is obligated to pay A for them.

Explanation: A protects B’s property from a fire. If the circumstances suggest that A meant to behave gratuitously, A is not entitled to compensation from B.

Before any right of action under section 70 can get asserted, it’s essential to meet the three requirements:

(1) the conduct must have been done legitimately.

(2) The individual doing the act should not have done it on purpose.

The government made repairs to a tank used to irrigate a settlement. The zamindars reaped the rewards. Damodar Mudaliar vs Secretary of State for India, 1894, 18 Mad. 88, held that they were obliged to contribute.

Responsibilities of Finder of Goods

A person who discovers items belonging to another and takes them into his custody bears the same responsibility as a bailee. He is obligated to treat the things with the same care as a man of ordinary wisdom would treat his goods of comparable quantity, quality, and worth under identical conditions. He will be charged with improper conversion of the property if he does not comply. Until the owner gets discovered, the property in the items will vest in the finder, and he will be able to keep the commodities as his own against the whole world.

For example, F picks up a diamond off the floor of K’s shop, and he gives it to K to hold until the rightful owner gets discovered. Despite widespread publicity in the media, no one appears to have claimed it for several weeks. K refuses to return the diamond, so F claims it. K is obligated to return the diamond to F, having the right to keep the diamond against the entire world except for the genuine owner.

The absence of a contract or mutual consent between the parties is the distinguishing feature of a Quasi Contract. Quasi Contracts frequently get mixed up with implied-in-fact contracts. Implied-in-fact contracts lack a formal agreement, are likewise not contracts in the proper sense. In the latter scenario, even if the parties did not enter into a contract based on the facts, the parties’ conduct and words amounted to mutual consent on the disputed topic.

An example might demonstrate the distinction between the two.

A seeks therapy from a doctor. A and the doctor have mutual consent in this case. A expects treatment from the doctor, and the doctor expects payment for A’s services. It is an example of an implied-in-fact contract, in which the parties’ actions suggested mutual assent. However, in the case of a Quasi Contract (as in the preceding example), the parties to the dispute did not even know one other. As a result, there is no issue of consent between them.

Difference between a Contract and a Quasi Contract

Chapter V of the Indian Contract Act, 1872 defines Quasi Contracts as “Of certainties approximating those generated by contract.” Although the term “quasi-contacts” isn’t mentioned in the statute, it’s safe to assume that the authors referred to the concept of a Quasi Contract and the law of unjust enrichment.

Despite the absence of the phrase in this chapter, the Court concluded in Hari Ram Seth Khandsari v. Commissioner of Sales Tax that this chapter is about the doctrine of Quasi Contracts.

The concept of a Quasi Contract first got considered in Moses v. MacFarlane (an English case). In this case, Lord Mansfield argued that such a responsibility was based on both the law and justice to prevent undue benefit to one person at the expense of another.

To summarise, according to the Court’s judgement in Mahabir Kishore & others v. the State of MP], three factors must be present to apply the idea of Quasi Contracts. –

Although the notion of a Quasi Contract dates back to the 18th century, it is still relevant today.

Although this principle has been questioned on several occasions, it remains significant since it’s on the principles of fairness and equality. The principles of unjust enrichment and quantum meruit are at the heart of the Quasi Contract notion. The primary tenet of this principle is that no one should prosper at the expense of others. Although Quasi Contracts got incorporated in the Indian Contract Act under a different term, the core and basics remain the same. As a result, Quasi Contracts are an essential component of the contract act.

Why is Quasi Contract not a contract?

Equality and justice underpin Quasi Contracts, and it asserts that no one shall unfairly benefit himself at the expense of another. A Quasi Contract is not a contract at all. They get as termed Quasi Contracts because the essentials for creating a contract are missing, yet the conclusion is similar to that of a contract.

What are implied contracts?

Implied contracts are another term for Quasi Contracts. When they get imposed, the defendant must make reparation to the plaintiff or the harmed party. Quantum meruit is restitution based on the amount of money or worth that the defendant obtained unfairly.

What are some Quasi Contract requirements?

Is the Quasi Contract a fictional contract?

A Quasi Contract is a fictitious contract made by courts for equitable rather than contractual reasons. A Quasi Contract is a legal replacement for an agreement made to impose equity between two parties that is not a real contract. It gets utilised when a court determines that it is reasonable to impose an obligation on a non-contracting party to avert injustice and guarantee fairness. It is associated with restitution and gets used in situations of unfair enrichment.