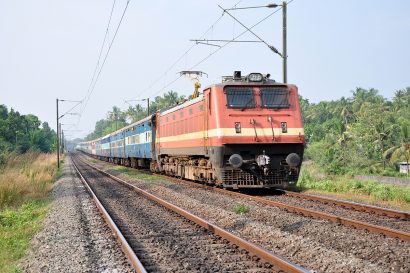 The Indian Railway Act enacted in 1890 got legislated and passed by the British Parliament. This piece of legislation addressed a variety of railway-related issues. Following independence, it was felt that some adjustment is needed to the Act to meet the requirements of people today. So, to keep some elements of the Act of 1890 while making others obsolete and replacing them with new provisions, new legislation known as The Railway Act 1989 was enacted, which went into effect on July 1, 1990.

The main characteristics of this Act include the reorganisation of railways into zones, each with its own General Manager. The Central Government had the authority to set the prices for the carriage of persons and cargo. The provision for compensation by railways for loss, damage to goods, and so on and for accidental fatalities and injuries got maintained with the act. Special provisions got enacted respecting the monetary liability of railways as carriers of goods, among other things.

The Railway Act 1989 establishes the railway administration’s substantive obligation for loss, destruction, damage, non-delivery, or degradation of goods entrusted to them for carriage, as well as death, injury, or loss to a passenger in a railway accident or adverse occurrence.

Consignors/consignees and passengers or their representatives pursue compensation claims for damages and losses to booked goods and, if unsatisfied with the railway administration’s decisions, seek legal redress in court.

Claims for compensation for the death, injury, or loss of a passenger in a train accident are currently decided by claims commissioners.

Due to the lengthy nature of litigation in courts of law and before claims commissioners, it’s decided to establish a specialised Tribunal for the expeditious adjudication of such claims.

The establishment of such a Claims Tribunal, with Benches in various regions of the country and judicial and technical members, will bring significant relief to train users by expediting payment of compensation to victims of rail accidents and those whose products are lost or damaged in rail transit.

The following are the further objectives of the Railway Act:

The Indian Railway act provides the following legislative provisions for:

The Indian Railway System currently gets organised into 18 zones, including two deemed zones (i.e. Kolkata metro and Konkan railway), each led by a General Manager who is accountable to the Railway Board for the railway’s operation, maintenance and financial status.

Construction and maintenance of works

According to the railway act, a railway administration has the authority to make, construct, and perform any other actions necessary for the construction, maintenance, alteration, or repair of the railway and use it.

According to the act, the Central Government may fix rates for the carriage of passengers and goods for the whole or any part of the railway from time to time by general or special order. Different rates may get fixed for different goods classes and specify in such order the conditions subject to which such rates shall apply.

Rules and regulations under Railway Act

According to section 131 of the Railway Act, the railway rule in chapter XIV will not apply to any of the railway servants to whom the Factories act of 1948, the Mines Act of 1952, the railway protection force act (1957), the merchant shipping act of 1958 applies.

Limitations of hours of work

Railway servant to remain on duty.

Where proper provisions for a railway servant’s relief got established, the act’s rules authorise him to leave his duties until he is relieved.

The Central Government has the authority to select railway labour supervisors. Supervisors of railway labour are responsible for inspecting railways to see whether the provisions of this Chapter or the rules promulgated thereunder are being followed and performing any other responsibilities that may get specified.

Provisions of the Railway Act

According to the legislation, any accident involving the loss of human life, grievous bodily harm as defined by the Indian Penal Code, or severe property damage as may be prescribed;

Section 143 of the Railway Act

Section 143 of the Railways act states that the unauthorised procurement and supplying of railway tickets can result in a penalty.

If any person, who is not a railway servant or an agent duly authorised in this capacity,

shall be punished by imprisonment for a term of up to three years or a penalty of up to rupees ten thousand, or both, and shall forfeit the tickets that he procures, purchases supplies, sells or attempts to purchase or sell.

Whether or not the offence gets committed, anyone who aids and abets any crime punishable under this section faces the same punishment as the offender.

The Ministry of Railways recently recommended decriminalising begging on trains or railway premises and compounding the offence of smoking by imposing a spot fee and dismissing all charges/actions against the person involved. These amendments are part of a larger effort to decriminalise and rationalise penalties under the Railway Act of 1989.

The offences under the railway act are as follows:

Smoking is prohibited in any cabin of a train if any other passenger in that compartment objects. A railway administration may ban smoking in any train or part of a train, notwithstanding anything in other subsections. Whoever violates the terms of other sub-sections is subject to a fine.

Any person committing an offence under this Act or any rule established thereunder shall get tried for that crime in any place where he is or where the State Government may inform him in this regard, and in any other place liable to be tried under any law currently in force.

If a railway employee, while on duty, puts another person’s safety in jeopardy-

If any railway servant or other person obstructs, causes to be obstructed, or attempts to obstruct any train or other rolling stock on a railway-

He may get sentenced to a period of imprisonment of up to two years, a fine of up to two thousand rupees, or both.

Travelling on roofs, steps or the engine of the trains

A passenger or other person who continues to travel on the roof, step, or footboard of any carriage or engine or in any other component of a train not designated for passenger use will get punished under Section 156 of this act.

He may get imprisoned for up to three months or fined up to five hundred rupees, or both, and may be removed off the railway by any railway servant.

Travelling without tickets or pass

If, to defraud a railway administration,-

He shall get punished by imprisonment for a term not exceeding six months, or by a fine not exceeding one thousand rupees, or by both: provided, however, that in the absence of unique and sufficient grounds to the contrary specified in the court’s judgement, such punishment shall not be less than a fine of five hundred rupees.

Since British dominance in India, railways have been an essential mode of transportation. The Ministry of Railways operates Indian Railways, which ranks fourth among the world’s largest railway networks. As one of the world’s major railway networks, it is evident that it employs many people.

All land acquisition and related aspects are given considerable importance under the Railway Act of 1989. Proper sections get prescribed that contribute to the smooth operation of the railways while also considering people displaced due to land acquisition railway development.

The Railways Act 1989 is a piece of legislation enacted by the Indian Parliament that addresses all areas of railway transportation. It comprises provisions about railway development, railway zones, railway agencies, the right to purchase land, etc.

The Ministry of Railways and Rural Development’s preamble states that while land acquisition for railways and other infrastructural and developmental projects is required and in the national interest, it is also critical to ensure the rights of people living in the area acquired for such projects are not harmed. Under the Indian Railways Act 1989, sufficient legislation has been enacted to ensure that the appropriate compensation gets granted to the aggrieved people and their rights are not restricted.

FAQs on the Railway Act

The British Government passed and enacted the Indian Railways act in which year?

What are the features of the railway act?

What is the proposed amendment for smoking?

If the individual who must pay the fine is willing to pay it right away, the authorised officer may compound the offence by charging the maximum amount to the railway administration. The perpetrator will be released, and no further action will be taken against him or her in connection with the offence.

What is the proposed amendment for begging?

No individual shall be permitted to beg in any railway carriage or upon any section of the Railway.

What are the travel offences under the railway act?

The following are the travelling offences under the act