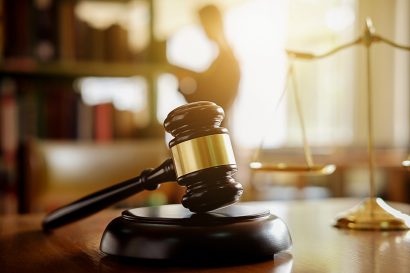 The Regulating act of 1773 got introduced to establish a central administrative system in British India. The act was brought to regulate the activities of the British East India company.

It was an initiative of the British parliament to bring an administrative reform in British India.

The regulating act took over the British system of administration which failed ultimately under the control of the British Government.

Under the regulating act, the British East India Company has to perform all its administrative functions under the British parliament’s supervision and submit reports on revenue, civil and military functions of the company to the court of directors.

Circumstances that led to Regulating Act 1773

The system of dual government introduced in 1765 by Robert Clive failed miserably. The dual system of government persisting from 1765 to 1772 resulted in many problems and the establishment of a corrupt government.

The battle of Plassey and the battle of Buxar led to the establishment of the East India Company in India.

After the British East India Company won the battle of Buxar in 1765, the establishment of the dual system of government was done by Robert Clive after he became the governor-general of Bengal in May 1765.

The revenue given to the nawab was not adequate to administer law and order.

He also did not have any economic resources as the Company collected the revenue.

According to the dual system government, the British had political and economic powers but had no administrative responsibilities. They had absolute military power and the right to collect revenue in Bengal.

This dual nature of power caused many problems for the Nawab. He had to supervise the administration, the criminal justice system, and law and order maintenance without any real power.

The corruption among the officials increased as the revenue collected by officials were not managed or recorded correctly.

The unreasonable tax structure by Britishers led to the suffering of huge losses by peasants. Neither Nawab nor the Company paid attention to the affected peasants.

Trade became too costly for the merchants, and handloom businesses got destroyed.

Hence, the administration and the dual system collapsed.

It brought the need for abolishing this system and bringing it under the purview of a regulating body and laws for the administration’s regulation.

The regulating act of 1773 was of great importance in increasing control over a company.

Objectives of the Regulating Act

The previous administration system led to the representation of the East India Company as a sovereign political entity, and it needs to be abolished by the British parliament.

The Regulating Act of 1773 abolished the administration system in India, the dual system of government and the issues created by it. It has some key objectives.

Importance of the Regulating Act

The regulating act of 1773 ensured a supreme body for both administration and adjudication machinery in India. The establishment of the supreme court at Calcutta resulted in proper management of judicial functions.

The establishment of an office of governor-general at fort Williams, Calcutta, will denote it as the supreme authority for managing the administerial functions of the British Crown in India. Only the governor-general of Bengal can issue directions related to either declaring war or negotiating a treaty.

The presidencies of Bombay and madras are subordinate to the governor-general and his council situated at Calcutta.

It gave the powers to the crown to regulate the arbitrary conduct of the East India Company.

A system got introduced to prevent the government officials in India from being corrupt or from accepting bribes and gifts from local people.

Defects in the Regulating Act 1773

Besides having advantages, this act also had some disadvantages related to its operation and implementation. These are:-

How were the defects of the Regulating Act removed?

The settlement act of 1781 removed the jurisdictional issue. It aimed at

Regulating act also depicted the status of the central government under the control of parliament for all its acts, and all central government decisions will be taken by the majority. The act prevents the governor-general from taking any arbitrary decision itself by providing everyone with a chance in the decision-making process.

Who was the first governor-general of Bengal?

Warren hasting was the first governor-general of Bengal appointed in the year 1773.

When did the dual system of government was abolished?

The dual system of government got abolished in 1772.

Which act brought significant amendments in the regulating act to resolve the jurisdictional issue b/w the supreme court and governor-general?

The title of ‘governor of the presidency fort William’ was officially converted to ‘governor-general of India’ in which year?

What are the terms Nizamat rights and Diwani rights?