An Insight on The Rent Control Act 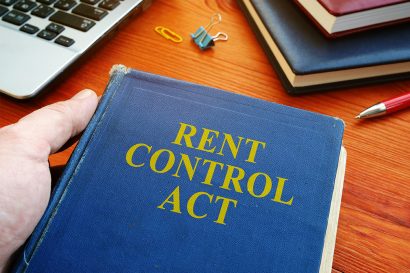 In 1948, the legislature enacted a central Rent Control Act. It governs the laws of property rental and guarantees that neither the landlords’ nor the renters’ rights are abused by the other. It is also essential to note that each state now has its own Rent Control Act, which, while primarily identical, has some minor variances.

The real estate sector struggled to thrive among locations due to the 1948 Act’s strict and pro-tenant provisions. Despite inflation and rising property values, some homes rented out since 1948 continue to pay the same rent.

The Central Government tried to alter the Act in 1992 using a suggested approach to guarantee that property was not undervalued. Unfortunately, the existing tenants were opposed to the adjustments; thus, they did not take effect.

Renting or letting out any property in India, whether for residential or commercial reasons, is subject to several rules and regulations, including: – According to the legislation, the two parties must have a written agreement mentioning all of the terms and circumstances of the rental.

In the following situations, an agreement struck without being specifically written down will not be considered a legitimate contract:

As a result, it is usually essential to employ the assistance of a legal practitioner in the creation of such an agreement due to the various complications involved, particularly in commercial leasing.

Rights of a Tenant

The Rent Control Act was enacted not simply to safeguard landlords and their property but also to protect tenants. The following are the few significant rights granted to the renter under the Act:

According to the Act, the landlord may not remove a tenant without a valid reason or cause. The eviction regulations vary somewhat from one state to the next. To evict a tenant, the landlord must go to court and secure a court order in certain states. In certain areas, if a renter is ready to accept any modifications in the rent, he/she cannot get evicted.

It is the tenant’s fundamental right to have access to essential services such as water and electricity. A landlord does not have the authority to revoke these services, even if the renter has failed to pay the same or separate property.

Rights of a Landlord

The property is always the point of interest in a rental arrangement, and the property must get protected from unjust exploitation. The landlord has the following powers under the Rent Control Act:

Each state has a separate right to evict a renter. A landlord may evict a tenant for legitimate personal reasons, such as desiring to live there themselves in certain areas.

In Karnataka, such a justification is not a legitimate grounds for eviction. In most circumstances, the landlord must go to court to evict the renter. The landlord must also provide enough notice to the tenant before proceeding to court, as required by law.

Because the landlord owns the property, he or she has the authority to charge rent to the renter.

Because there is no explicit regulation establishing a maximum rent, the landlord may continue to raise the rent charges as he sees fit. In such instances, the smart thing to do is specify the increase and the condition of increase in the rental agreement itself. Typically, rent increase per year is 5% to 8% yearly.

Exemptions of the Rent Control Act

The Rent Control Act gets intended to safeguard both the landlord and the renters’ interests and at the same time. But the provisions of the Act do not apply to

Landlords have an advantage when it comes to collecting rent due to regulations. Owners of residential or commercial properties have the right not only to charge market rent to their tenants for the use of the premises but also to raise the rent regularly. By bringing urban leased accommodations into the jurisdiction of the official housing sector, the Model Tenancy Act contributes to the creation of a balance.

The Act explicitly states the term, inheritance, rentals payable, and landlord and tenant responsibilities. For residential properties in India, the appropriate rate of rent increase is roughly 10% every two years. But, for the most part, some regulations control this as well. Landlords in Delhi, for example, can only raise the rent under Sections 6 and 8A of the Delhi Rent Control Act.

Grounds to Evict a Tenant in India

The rental rules in India allow landlords to bring an eviction suit against a tenant provided there is justified and valid grounds for doing so. In India, the following are the grounds for evicting a tenant:

How to Evict a Tenant in India?

Following the establishment of the reasons for the eviction, the following procedure must get followed:

Stage I – Give the Tenant a Notice to Vacate: File an eviction notice in the court of competent jurisdiction, stating the basis for eviction as well as the time and date by which the tenant must vacate the property, and is then mailed to the tenant for them to quit the rented property.

The landlord must offer the renter a fair amount of time to quit the rented property. After getting a formal notice from the court, the majority of tenants vacated the rented premises.

Stage II – File an Eviction Suit: After obtaining the court’s eviction notice, the tenant may refuse to depart the rented property and dispute the eviction. In this instance, the landlord might retain the services of a rental property attorney to file an eviction claim against the renter.

The tenant’s eviction petition is filed in the civil court that has jurisdiction over the rented property.

Stage III – Final Eviction Notice: Based on the arguments and facts presented, the court hears both parties and gives the tenant a final legal notice of eviction. When the court issues the final eviction notice, the tenant is required to remove the rented property.

It is the method of evicting a renter in India; nevertheless, evicting a tenant without a rental agreement is challenging because there is no documentation of property getting transferred to the tenant on rent.

How to avoid illegal eviction in India?

The Supreme Court of India has ruled that landlords cannot evict a tenant who has been paying rent on time for at least five years unless the landlord has a real need for the property.

Other factors to avoid while evicting a renter are as follows:

Over the last few decades, the topic of rent control has grown in popularity. As rents continue to rise across the country, an increasing number of renters get priced out of their homes and neighbourhoods. It is why most renters support the passage of tougher rent control legislation, such as the Rent Control Act.

According to Indorewala, rent control may accomplish much more than just offering second-generation low-cost housing. "IT can play a major role in price stabilisation and reducing speculation, guaranteeing affordable housing for inhabitants with middle and upper-middle incomes."

According to some planners, the solution is not to abolish rent control but to strengthen the system by implementing second-generation control so that lower-income families may also live comfortably in the heart of cities.

FAQs Regarding The Rent Control Act

Which type of premises get exempted from the rent control act?

What to do if the tenant is not paying the rent?

Non-payment of rent is one of the most prevalent reasons for eviction under state tenancy laws. A legal notice might be given to the renter in question, detailing the rent owed, requesting the tenant to comply or depart, and the course of action they intend to take if the tenant does not answer in either case.

What is the Non-Applicability of the Rent Control Act?

When a property gets rented out, the Rent Control Act does not apply in certain circumstances. They are as follows:

What should get included in a rental agreement?