Right to Education: Future of Children 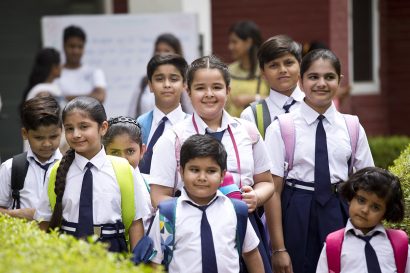 The right to education recognised as a human right is understood to establish a free primary education for all children. It is an obligation to provide all children with secondary education and access to higher education.

The right to an education is not only a fundamental right but also a human right. The right to education seeks to eliminate discrimination at all levels of the educational system, establish minimum standards, and improve educational quality.

As a human right, the right to education is the most fundamental. Education promotes a man as an individual, and it demonstrates a way of life, changes one’s thinking, and makes one wise.

A brief on the Right to Education

The Parliament of India implemented the Right of Children to Free and Compulsory Education (RTE) on August 4, 2009. RTE act illustrates the modalities of the importance of free and compulsory education for children aged 6 to 14 in India under Article 21a of the Indian Constitution according to the 86th amendment to India’s Constitution.

On April 1, 2010, India became one of 135 countries to make education a fundamental right for all children when the Act went into effect.

The Act establishes education as a fundamental right for all children between 6 and 14 and establishes minimum standards for elementary schools. It requires all private schools to set aside 25% of their seats for children.

Evolution of Right to Education in India

The rationale behind compulsory and free education

The process of learning and gaining knowledge at school commonly gets referred to as education. It’s the fundamental human right, emphasised at the United Nations through various international covenants and treaties.

Education also gets viewed as a mechanism of social revolution. Thus education leads to empowerment, which is critical for a country like India, as, despite the constitutional mandate, India has not been able to eradicate illiteracy after 65 years of independence.

Education in the Vedic period

Education in the Medieval period

Education under the British Rule

The Right to Education Act of 2009 has its origins in colonial India, when education policies gradually evolved. They arose primarily for the benefit of the colonial administration, which required inexpensive local clerks rather than any benevolent desire to develop Indian society.

Macaulay was an ardent Anglicist who despised Indian learning in any form.

Sir Charles Wood, a company’s President of the Board of Control in 1854, sent a despatch to Lord Dalhousie.

This dispatch requested that the government take on the responsibility of public education.

Key features of the RTE Act

Significant Features of the RTE Portal:

Importance of the Right to Education (RTE Act)

Despite improvements in education for both children and adults, the number of illiterates remains the same as during the independence.

As a Directive Principle of the constitution which is of the key features of the Indian Constitution, free and compulsory education for children up to 14 got established within ten years of the constitution’s inception. The following are the factors that make education a pipe dream for everyone:

Gender disparities are narrowing, which can be seen in literacy rates, indicating progress toward gender equality. There is still much work to be done to promote women’s education. There are several reasons for this, including:

People in India face significant challenges in advancing to higher levels of education under the current educational system.

Universal and free education for all

In India, the government should provide free and compulsory elementary education to all children up to the eighth grade in a neighbourhood school within one kilometre of their home. No child is required to pay any fees or other charges that would prevent them from pursuing and completing elementary education.

Zero tolerance against discrimination and harassment

The RTE Act 2009 prohibits all forms of:

Rights of Children and Students under the RTE Act

Rights of children in India:

Eligibility as per the RTE act:

Education is the foundation of our prosperous future. Because not everyone can afford education, it should be free to all. Fees for schools and universities are now prohibitively expensive.

The majority of parents work hard to provide their children with an education. However, a large number of people are unable to do so because their finances are insufficient. Children who want to study are unable to do so. It is a problem that many families face.

Every child has the right to an education, but not every child is born into a financially stable family. As members of the postmodern era of civilised and educated individuals, we can do our part by establishing private institutions where we can teach the slum children of our community for free. These small steps can lead to more enormous changes on a larger scale.

The following are the significant difficulties that the Indian education system faces:

Reasons Why Education Should be free in India

It is where the importance of RTE ACT 2009 comes into play.

The Right of Children to Free and Compulsory Education (Amendment) Act, 2019, passed by Parliament on January 3, 2019, received the President of India’s assent on January 10, 2019. It has now got published in the Indian Gazette.

The bill aims to repeal the no-detention policy in schools. The Lok Sabha already passed the bill in July 2018.

According to the Union HRD Minister, the main goal of the move is to rebuild the country’s education system, which is currently broken. He went on to say that teacher training, quality, and accountability are crucial and that while there is no shortage of teachers, their deployment is inefficient.

Education is a tool for empowerment, and the RTE Act is a good start. The task is complex, and the scheme will get revised based on practical experience. All stakeholders should take a positive approach and try to put it into action. Universal education will take its own time, and the first step should be to provide an excellent education to all who desire it.

Even if the learning outcomes are below expectations, children wearing a clean uniform and attending school have advantages. Instead of running around in the street or riding trains up and down without tickets, education teaches good behaviour.

Is RTE a fundamental right?

The Indian government introduced the Right to Free and Compulsory Education (RTE) Act to counteract this alarming trend, declaring education a basic right for every child aged 6 to 14. The right to an education is a fundamental human right that applies to everyone.

Is the right to education applicable to private schools?

The Karnataka High Court issued a decision on the Right to Education (RTE), stating that admission to private unaided schools will be permitted if and only if there are no aided private or government schools in one's neighborhood.

In which year was the RTE Act amended?

According to the Constitution (Eighty-sixth Amendment) Act of 2002, all children aged six to fourteen years have the Fundamental Right to free and compulsory education, as determined by law by the Indian Government.

Why is RTE important?

What is the full form of NAC?

The NAC full form in education is the National Accreditation Commission for Early Care and Education Programs.

It is a national accreditation programme that allows early childhood leaders to demonstrate and document quality performance through evidence-based practices and research-based criteria. The accreditation got designed for early care and education programmes that use professionalism and quality in child care.