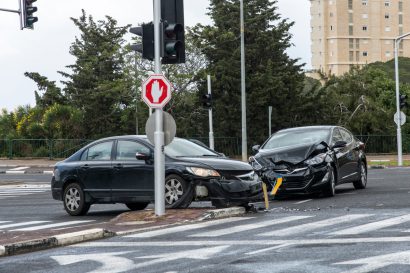 India has a well-connected and synchronised transportation infrastructure that serves a vital role in the growth of commercial development by supporting the equitable distribution of generated products and services and the mobility of people.

The transport sector’s contribution to India’s Gross Domestic Product (GDP) is gradually increasing. It is one of the primary metrics used to analyse the country’s socio-economic progress because traffic crashes are a criterion of obstacles and other impediments to the smooth flow of traffic. The NCRB collects detailed data on traffic accidents, including road accidents in India, for policymakers to surmise the growth patterns of traffic accidents and develop suitable intervention measures.

The Department gathers statistics on ‘Traffic Accidents,’ that includes-

as these are the leading causes of fatalities.

Annually, approximately a million deaths were directly caused due to road accidents throughout the world. It’s among the top causes of mortality, according to the World Health Organization (WHO).

Being a rapidly evolving nation with an industrialised economy, India faces road traffic accidents due to the rapid expansion of motorised vehicles. Road crashes generate substantial morbidity and death and a significant economic repercussion on the national growth.

A road traffic accident occurs due to the intersection of several elements, including the environment, the automobile, and the living individual.

Road Traffic Accidents(RTA) are always unexpected, unavoidable, and unpreventable. However, on numerous occasions, road traffic accidents could be foreseen and prevented. It necessitates an understanding of the elements that contribute to and lead to traffic accidents.

Specific preventative strategies, if implemented, could contribute to a reduction in RTA morbidity and fatality. As a result, everyone must help reduce road accidents in India.

The Ministry of Road Transport and Highways‘ Transport Research Wing publishes an annual report of road accidents in India related to deaths and injuries every year, premised on particulars supplied by state and territorial police departments in a set of standardised formats approved by the Committee on Road Safety.

Formerly, the Union Minister for Road Transport and Highways published a report of the World Bank, entitled “Traffic Crash Injuries And Disabilities: The Burden on India Society”, compiled in association with the non-profit organisation- Save Life Foundation. The said report gets based on data gathered from four Indian states: Uttar Pradesh, Bihar, Tamil Nadu, and Maharashtra.

Road accidents in India remain tragically ordinary, and most of them could be the consequences of human error. These accidents would be deadly, claiming the lives of thousands of people each year. It would be crucial to be vigilant, drive slowly, and adhere to road rules.

Nevertheless, just because one would be cautious on the roads does not ensure that other drivers would be as well. There have been countless instances where the drivers would not be at fault, and the pedestrian or another vehicle causes the chaos.

Some of the customary reasons could be-

It is amongst the most significant contributors to road accidents in India. There could be numerous instances of human mistakes. It includes-

The presence of many dark patches could be one of the factors for the accident in this category. Black patches on the road would be the area where there would be a significant frequency of accidents, sharp curves on a straight route, such as a hidden junction on a fast motorway, etc. According to a report, these dark areas are the primary location for 90 per cent of all traffic accidents.

Further, pits, uneven road conditions and other problems resulted from the poor construction, norms and administration of roads fuels to road accidents in India.

Automobile condition has been instrumental in road accidents in India. Such reasons include-

Distracted driving comes out to be one of the top causes of car accidents. Distraction could be minor, but its consequences are significant. Distractions might exist both outsides and within the car.

The frequency of road accidents in India caused by distracted driving has grown over the last few decades. According to the surveys, smartphones should get blamed for creating such distractions.

However, drivers must pay complete attention while driving, and this should get instilled in them. Reading messages, responding to texts, answering calls, reading, grooming, and other activities while driving could be dangerous.

It is customary to consume alcohol to honour any event. However, when paired with driving, the celebration becomes a tragedy. Alcohol impairs concentration. It reduces the human body’s reaction time. Limbs respond to brain orders more slowly, thereby hindering vision due to dizziness.

Alcohol alleviates fear and encourages individuals to take risks. These variables contribute to road accidents in India, often fatal—the risk of accident doubles for every 0.05 rise in blood alcohol content. Aside from alcohol, several substances and medications impair driving abilities and focus.

The majority of deadly incidents of road accidents in India are caused due to excessive speed. Humans always strive for success. If given the opportunity, man would undoubtedly approach infinite in speed. When on the road with the others, though, there would always be a trail behind one or more automobiles.

Increased speed increases the chance of an accident and the severity of the injuries sustained during an accident. Faster automobiles are more likely than slower vehicles to be engaged in an accident, and the accident’s severity will be greater in the case of faster vehicles.

The faster the speed, the greater the risk. When travelling at fast speeds, the car needs a bigger distance to stop, i.e. braking distance. A slower vehicle promptly comes to a complete stop, but a fast vehicle has a longer time to stop and skids for a long distance because of the law of concept.

A car travelling at fast speeds will have a higher impact during the accident, resulting in more injuries. Driving at a quicker pace reduces one’s capacity to assess upcoming events, which leads to errors in judgement and, eventually, a crash.

Not adhering to traffic rules.

The roadways could be a safer place if everyone respects the traffic rules. The guidelines could be straightforward, yet few individuals follow them consistently.

For instance, a stop always gets indicated by a red light. Even if no other car would be approaching, running a red light and disobeying the law might result in a severe accident. Recognise that life is more important than all excuses combined and that it is better to be safe than sorry.

Vehicles crossing without any regard to the signal has become a normal occurrence at road crossings. The major reason for jumping a red light would be to save time. Stopping at a red light would commonly consider being a waste of time and fuel. As per studies, following traffic signals correctly by all vehicles saves time, ensuring that commuters get to their destination safely and on time.

The primary reason for traffic bottlenecks is the confusion at the intersection that leads to a significant number of road accidents in India. A red light jumper jeopardises not only his own life but also the safety of other road users. This conduct by one motorist encourages other drivers to do it, resulting in mayhem at the crossing.

Skipping protective gear such as seat belts and helmets

Failing to use a seat belt in a four-wheeler result in a fee, just as failure to wear a helmet in a two-wheeler resulted in a punishment.

Wearing seat belts and helmets increases one’s odds of surviving a catastrophic accident by doubling one’s chances of survival. In the event of an accident, safety equipment keeps you intact and safe.

The use of helmets has significantly decreased the number of two-wheeler fatalities since they became required. To ensure maximum safety, employ safety gear that meets the necessary standards and ties it properly.

Road Safety Initiatives of the Government

The Ministry has taken several initiatives to prevent road accidents in India and continues to implement:

The removal of black spots gets the utmost importance.

Few of such initiatives are-

Following Section 215 of the Motor Vehicle Act of 1988, the government established the National Road Safety Council as the top authority to make policy decisions on road safety. The GOI has asked that all States/UTs establish State Road Safety Councils and District Road Safety Committees and hold regular meetings of these committees.

The enactment of the Motor Vehicle Amendment Bill 2019 by both Houses of Parliament in August 2019 was a significant move of the Ministry in road safety. The preceding measure has now got enacted into law.

The provisions of the Motor Vehicle Amendment Act 2019 that focus on road safety include:

Every year, roughly a million people lose their lives due to traffic accidents throughout the world. Road accidents in India could even get suggested to be the leading cause of death. As a quickly expanding nation with an industrialised economy, India faces road traffic accidents due to the rapid proliferation of motorised cars.

Road traffic accidents cause significant morbidity and death and an enormous economic impact on national growth. A road traffic accident happens when numerous factors collide, including the environment, the car, and the live human.

Human lives are precious. Hence, it’s essential to take every precaution to prevent road accidents. For road accidents in India, there could be multiple reasons like improper infrastructure, drunk driving, overspeeding, negligently, and others.

The government plays their part by providing adequate infrastructure and regulating the traffic rules to follow them religiously. However, an individual must pay utter attention while driving to save others’ lives.

FAQs on Road Accidents in India

Is it possible to avoid road accidents in India?

Though accidental, road accidents could be avoided by following traffic road rules.

On average, how many road accidents occur in India per day?

What is the objective of the Motor Vehicle Act?

The Motor Vehicle Act was enacted to preserve traffic discipline and reduce accidents and crimes.

Which is the latest Motor Vehicle Act for road safety in India?