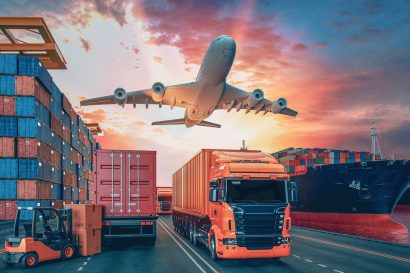 Railways, roadways, airways and waterways, not to forget pipelines, how goods get transported from one place to another is known as transportation. Transportation serves as one of the main factors in defining a country’s development, the transport system acts as a base for any setting’s economic structure. So, Transportation aids in :

Termed as the most used mode of transport in the land of Gandhi, the roadways play an essential hand in the country’s growth. Road transport in India is crucial for economic development and gets claimed to be the second-largest road network worldwide.

The road transport in India- Classification

As per section 12 of the Highways Act, 1980, the roads in India get classified in the following manner:

Roads based on Traffic:

Roads based on Location and Function:

Roads based on Materials Used:

Roads based on Economy:

Roads based on Rigidity:

Roads based on Topography:

Means of road transport in India

There are two main ways of road transport in India

Advantages of road transport in India

Compared to other modes of transport such as railways, water and air, developing a road network costs less.

From construction to maintenance, since road transport falls under the jurisdiction of the government and local authorities, the amount spent on the growth of these pathways is very minimal.

Serving as a highlight is a fact that road transport provides direct contact between people. Be it warehouse to warehouse, source to destination or customer to seller, road networks are considered the most flexible mode of transport. Road transport in India reduces cartage expenses, loading/unloading, and all other costs related to feeder transport.

Road transport connects two ends serves as an ultimate means to transport goods that can wear out quickly. As per the Road, reorganisation committees report, the sales of goods such as vegetables, fruits, milk, butter, chocolates has tremendously increased post the development of the road system.

As the road networks are highly flexible, tapping into remote regions has been made easier and more efficient than other modes such as railways, airways, and waterways. Transporting cargo between cities and villages is only possible because of the road transport in India.

Reduced risk of damage in transit

With loading and maintaining goods out of the picture, the risk of damaging the products gets highly reduced when transporting them via the roads. From chinaware to glassware, the development of road networks is truly angelic for all the fragile products, marking it as an ideal mode for their transportation.

When exporting via waterways, airways and railways, the goods need to get thoroughly packed to avoid any damage caused in transit or via loading/unloading. This risk magnificently gets reduced in road transportation; hence, the investment made in the packaging sector for the goods also gets decreased.

With small units such as trucks, tempos, rickshaws taking over the road networks, they act as a convenient means to transport goods and less capital is used to invest in such vehicles. Compared to railways that use heavy machinery in their box-long trains, these vehicles serve as the most compact means in the transportation of goods that is effective and efficient.

Disadvantages of road transport in India

Some of the disadvantages of road transport in India include:

Be it the number of roads or the conditions the roads are found in, road networks in India suffer to another level. Compared to China, Japan, and Germany, India only has 34 kilometres long roads of 100 square feet, which is very low considering that such a means gets used the most.

The roads are not well structured or maintained because of late repair. It causes a tremendous delay in the product delivery/pickup business and is the main source of vehicle depreciation.

Untrained drivers get appointed daily in India, which leads to inefficiency of the work and a high risk of causing accidents. Apart from this, though restricted, still drivers engage in heavy drinking before beginning their driving journey, which also makes motor vehicles unsafe and not predictable.

The motor vehicle act of 1988 regulates the rules regarding road safety. From punishments for causing the accidents to compensation provided to the victims, the statute is a road system superhero. The act also deals with filing claims for the same such as:

Not well structured or organised.

Compared to other modes of transport such as railways, airways and waterways, the organisation and structure of the road network in India is much haphazard and random. Be it the rates put up for vehicles used in transportation or the safety of the drivers and vehicles, the rules of this industry are not well maintained, causing it to be an undependable mode of transport.

Not suitable for long-distance

If speaking of heavy cargo, road transportation in India might not be as helpful and pocket friendly. Despite the cargo being not very expensive, the weight that it holds might cause damage to the vehicle and rent the vehicles for carrying huge goods, which might cost more than the cargo itself.

Be it for convenience or pocket-friendly prices, road transport in India has served as a tremendous help for all the businesses prevailing in this land. With every mode of transport coming with advantages and disadvantages, road transport, despite its flaws, has truly acted in a way that positions India on another level. With numerous types of roads, a wide variety of motor vehicles ridden on these pathways, the transportation of goods has become vehemently easier.

FAQs on road transport in India

Can an NRI drive a vehicle in India with a foreign license?

No. The driver needs to obtain an International Driving Permit from the home country, which must be a signatory to the Geneva convention of 1949. If the IDP gets obtained, the driver is authorised to rent a vehicle.

Can an international driving permit be issued to a foreigner?

No, IDP in India can only get issued to Indian Citizens.

How is the central government involved with regards to the introduction of high-security registration plates?

The government is limited to:

Does the central government grant licenses, appoint distributors and give franchises?

How many vendors have received the type approval?