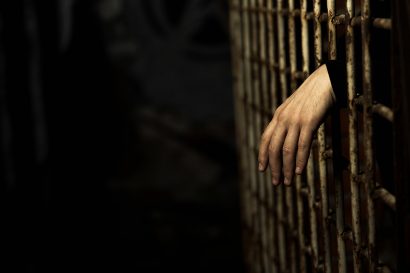 The British ruled India for over two centuries. Every strategically, they took over the control and established their dominion. But, the Indian freedom fighters, from time to time, opposed them by organizing various satyagraha.

Sensing their loosening control and empowered freedom fighters, the British government introduced an act that sanctioned the governmental authorities to arrest the person alleged to be involved in or conspiring against the government. Hence, the Anarchical and Revolutionary Crimes Act of 1919 or the Rowlatt Act came into being.

Enforcement of the said Act led to the backlash by the Indians burned in the desire to overthrow British domination. To openly averse the act, Mahatma Gandhi and others called for massive hartals known as Rowlatt Satyagraha.

Overview Of The Rowlatt Act

To curb the seditious activities and annihilate the Anti-British demands Rowlatt Committee was formulated during World War I in 1919. Sir Sidney Rowlatt presided over the committee and, thus, the act bearing his name.

Under the act, activists involved in plotting against the British would get sentenced to a term of up to 2 years in jail, without any trial. The suspects of seditious activities could get arrested without a warrant and detained for an indefinite period. Further, the act restricted any sort of investigation on the said matter by the press.

Ban on social gatherings proved to be the final nail in the coffin. Indian freedom fighters retaliated with all their might. A series of misfortune, hence, unfolded in the form of the Jallianwala Bagh Massacre.

The practice of pre-trial detention of defendants suspected of committing an additional crime on the release or harming society in any way gets referred to as Preventive Detention.

It could get perceived as detaining the person without a trial and conviction in a court of law. The sole causation of harm to the public. To control the freedom fighters, Britishers introduce a couple of similar rules to serve their cruel purposes. They intended to curb the retaliation by the Indians. Few examples of such acts are:

A similarity could get detected between the contemporary Preventive Detention laws and the Rowlatt Act on critical analysis. The British imposed the Black Act to prevent the unfurling of patriotism and stop the freedom fighters from engaging others in the freedom struggle. Likewise, they enacted other Preventive Detention laws to suppress seditious activities. The said the Constitutional framers adopted laws for the betterment of new India.

The British enacted the Rowlatt Act and other Preventive Detention laws to curb the demand for free India, which they perceived as seditious. However, after the independence, the said laws found a place in the new Constitution to deal with sedition in new India. But, it is a must to use such a sensitive Act during utmost emergencies.

When was the Rowlatt Act enforced?

What is the duration of the sentence under the said Act?

Why is the Rowlatt Act called Black Act?

It gave enormous unjustified powers to the police.

Who repealed the Rowlatt Act?