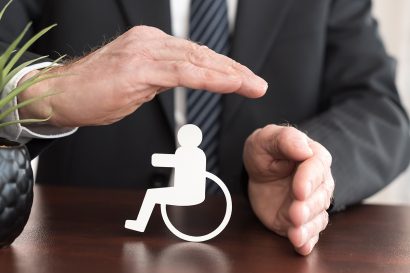 There are various kinds of people who come with their strengths and weaknesses. If the other human beings find these positives and negatives of another common, they are considered normal, and if not, they get termed as “disabled” or “abnormal”. Due to the lack of awareness and knowledge, such human beings are unfair and cruel in some way or other with the latter.

So, to protect these specially-abled human beings, the Rights of Persons with Disabilities Act, also known as the RPWD Act 2016, was established and signed into law in December of 2016. Let’s see in detail what’s all included in RPWD Act 2016.

What is meant by ‘disability’ under the RPWD act?

The definition of disability in the Persons with Disabilities Act (PWD Act) of 1995 differed, where only seven disabilities got identified. However, the scope of disabilities in the current legislation, the RPWD Act 2016, is comprehensive and broad and discovers many disabilities and illnesses.

In accordance with the United Nations Convention on the Rights of Persons with Disabilities (UNCRPD), Disability emerges from the interaction of people with disabilities and attitudinal and environmental impediments that act as barriers fully and effectively in society on an equal basis with one another.

Section 2(s) of the RPWD Act 2016 precludes a person with a long-term physical, mental, intellectual, or sensory handicap that, when combined with impediments, completely and efficiently participates in society on an equal level with others. The number of disability categories was increased from seven to twenty-one due to this act.

The Rights of Persons with Disability Act

It gets divided into 102 sections and 17 chapters.

The RPWD Act 2016 aims at promoting and defending the rights and dignity of individuals with disabilities in all areas of life, including education, social, legal, economic, cultural, and political factors.

It applies to public, non-profit, and private entities. It provides rules and timeframes for businesses to ensure infrastructural and service accessibility. It has implementation mechanisms such as Disability Commissioner’s Offices at the federal and state levels, District Committees, Boards, Committees for planning and monitoring the Act’s implementation, and Special Courts at the district level. It carries penalties if any of the Act’s provisions are broken.

The act empowers persons with impairments based on eight basic principles:

The main features of the disability act are:

What are the rights of persons with disabilities according to the RPWD Act 2016?

Under the RPWD Act 2016, the following sections determine the rights of persons with disability:

According to the RPWD Act 2016, the relevant government must ensure that persons with disabilities have the same right to equality, dignity, and respect for their integrity as everyone else.

The government will take steps to use the potentials of the Person with Disabilities by creating a suitable environment. The act’s section 3 states that no person with a disability shall be discriminated against because of disability unless demonstrated that:

PWDs must live in the community, and the government must take steps to ensure that they have adequate shelter. Special measures will be taken to guarantee that women and children with disabilities have the same rights as everyone else. So, efforts must be taken to safeguard PWDs against cruelty, inhumane, and degrading treatment, as well as abuse, assault, and exploitation in any form.

Rights of persons with disabilities Act, 2016

Which act is replaced by the RPWD Act?

How many disabilities get covered under the RPWD act?

As per the RPWD Act, what is the minimum disability criteria to avail any governmental scheme?