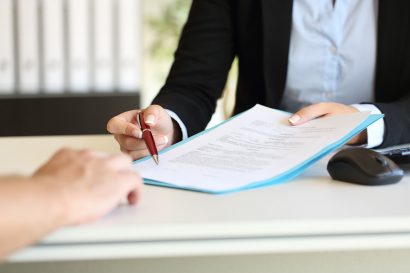 The sale or purchase of goods is a significant part of trade and business which needs to be governed by the appropriate laws.

With this objective, the sale of goods act came into force in 1930. This act of 1930 had the purpose of regulating the process of purchase and sale of goods.

The act’s objective was to set up the contracts where the seller agrees to sell the goods or transfer the ownership of the goods to the other person called the buyer against a reasonable amount of consideration.

This act covers the procedure for forming a contract for the sale of goods, satisfying the prerequisites and conditions of a contract, etc.

The act was brought to satisfy the purpose of forming a contract for a transaction on the sale of goods. It is stringent legislation brought to regulate the delivery of ownership of goods.

This act contains VII chapters containing provisions for the contract’s formation, effects, and performance. It also includes provisions for consequences in case of breach of contract.

This legislation is also known as “mercantile law.” Mercantile law is a combination of various laws brought together to regulate the various commercial activities of an organisation, trader, or individual.

The person authorised to sell, consign goods for executing its sale, raise money on the security of goods, purchase the goods is known as a “mercantile agent.” A “mercantile agent” is defined under section 2(9) of the act of 1930.

There must be a presence of a buyer and seller in the delivery of the title of goods against a valid consideration amount.

According to section 2(1) of the act, A buyer is a person who buys or agrees to buy those goods. This act of buying is for the purpose of use or consumption.

According to section 2(13) of the act, A seller is a person who sells or agrees to sell goods. This act of selling goods is to gain some financial benefit.

The delivery of the title of goods should be taken against a valid consideration amount. The term “delivery” gets defined under section 2(2) of the act, which means the transfer of possession of property voluntarily from one person to another person.

There are two types of goods under this act. These are:-

Sale and agreement of sale

The selling good(s) takes place under an agreement of sale. If this agreement is enforceable in a court of law and legit, it becomes a contract.

In simple terms, if an agreement of the sale of goods is lawful concerning legit goods, the agreement is enforceable in a court of law. Those agreements concerning the sale of unlawful or illegal property in goods are void and cannot get enforced in court.

Section 4 of the Sale of Goods Act defines the two terms “sale and agreement to sell” collectively. As per this section, a contract of sale gets executed between two parties where a seller agrees to transfer the possession of goods to the buyer for consideration.

The two parties under this contract, i.e., an owner who holds the actual possession and title of the goods and the other one is the buyer to whom the possession of the goods gets transferred.

This contract of sale may be absolute (i.e. without any condition) or conditional.

There is a difference between sale and agreement to sale. This difference gets very well described under sub-clause (3) of this section.

– When under a contract, possession of the property in the goods gets transferred from the seller to the buyer, it is sale while,

– When the property transfer in the goods takes place at a future time or is subject to some condition after that to get fulfilled, the contract is an agreement to sell.

An agreement to sell is considered a sale when the time prescribed agreed upon by the parties elapses or the conditions specified in the agreement get fulfilled subject to which the property in the goods is to get transferred.

Rights of Unpaid Seller against Buyer

An unpaid seller is a person whose dues are pending on the buyer’s part. A seller has some rights against the buyer when the buyer does not pay the dues remaining to him.

These rights are the seller’s remedies against the buyer resulting from a breach of contract by the buyer. Such rights of the unpaid seller are supplementary to the rights of a seller.

Suit for enforcing the contract of sale

If the contract for the sale of goods contains a provision for payment against the good at a later specified date and if the buyer repudiates to make the payment on that date, the unpaid seller’s right to enforce the contract comes into force from that date.

Suit for Damages for Non-Acceptance

Under section 56 of the sale of goods act 1930, The unpaid seller also has the right to sue the buyer for damages incurred by him due to non-payment of the goods. If the buyer refuses to make the payment or accept the goods, it is obvious that the buyer will face some consequential damages due to the non-delivery of goods.

Such damages get measured as per section 73 of the Indian Contract Act 1872, which deals with injuries and penalties.

Suppose the manufacture produces some goods on order of 50 Lakhs from a buyer on credit from the market, and the buyer refuses to accept the goods on the date of delivery of goods. In that case, the manufacturer will face damages as he also has to pay the distributors of raw materials and creditors to complete such a big order.

The consequential damages don’t depend on the amount of transaction. The trade-in market gets based on credit, and the refusal to accept goods or make the payment will manifestly cause loss to the seller.

Renunciation of Contract before Due Date

The unpaid seller can sue the buyer for damages caused to himself due to the renunciation of the contract by the buyer. Such a contract gets considered a rescinded contract. So, the seller can sue for breach of contract as per section 60 of the act.

This Anticipatory Breach of Contract as per the Indian Contract Act brings the parties to their position before entering into the contract (i.e. status quo ante).

If the parties don’t agree on such specific terms regarding the payment of interest to the seller, the court of law may pass an order in the seller’s favour to pay such interest on the amount due to him at a rate that the court deems fit.

Section 61 sub-section (2) clause (a) of the act also recognises the interest to be paid to the seller in the form of damages or special damages.

Rights of Unpaid Seller against Goods

It is the right to retain the property or goods of some other person in self’s possession until the payment or debt against the property goods is made.

According to section 47 of the Sales of Goods Act, an unpaid seller possessing the goods can retain the possession until payment against the goods.

The above provision is valid subject to the following conditions:-

Section 47(2) specifies that the unpaid seller can exercise his lien right despite possessing the goods as an agent or bailee for the buyer.

Right of Stoppage in Transit

The right of stoppage in transit gets described under Section 50 of the Sale of Goods act. It means that an unpaid seller can exercise his right to stop the goods while they are in the course of transportation to the seller’s address, regain possession of goods, and retain it until he receives full payment of the goods.

If the buyer becomes insolvent, the unpaid seller can stop the goods in transit and regain their possession.

The right to resale is significant and extends both the right to lien and stoppage in transit.

The seller can sell goods after the timer period under the sale agreement elapses. The seller notified the buyer of his intentions to resale if the buyer failed to make the payment within a certain period or if the goods were perishable.

It is not required to inform the buyer after the specified period elapses or goods perishing.

The seller also has the right to recover the amount of loss incurred due to resale or if the re-selling price is less than the agreed price in the contract with the first buyer. However, the seller is authorised to retain the profits in the resale event.

The sale of goods act came into existence to regulate the sale of goods under specified terms. This act guarantees protection to the seller from any breach of contract or damages incurred by him. The act provides the essentials of a contract of sale.

It also contains the remedial provisions to protect the seller’s rights. The act also prescribes duties for both the seller and buyer and some of the obligations on both parties for the better implementation of the contract.

Both the parties should be aware of their rights and duties to avoid any subsequent endurance in a sale. The sale should occur under a contract with all the terms and conditions specified and agreed upon between both parties.

FAQs Regarding Sale of Goods Act

Under which provision of the Sale of Goods Act 1930, the rules for delivery of goods get prescribed?

The rules for the delivery of goods get prescribed under section 36 of the act.

Do the buyer has the right to examine the goods after the delivery of goods when the buyer failed to do so before delivery?

The buyer of the goods has the right to examine the goods to ascertain whether they conform to the contract even after the delivery when he fails to do the same before delivery under section 41 of the act.

Does a buyer holds a better title than the person other than the owner selling the goods?

What happens if a sale gets executed under a contract voidable under sections 19 and 19A of the Indian Contract Act 1872 and the contract is not rescinded at the time of sale?

Under section 29 of the sale of goods act 1930, if such a sale under a voidable contract gets executed and the contract is not rescinded at the time of sale, the buyer holds an excellent title to the goods.

This condition is subject to the buyer buying the goods in good faith and without notice of the seller’s defect of title.

Where does the term “Unpaid Seller” gets defined under the act of 1930?