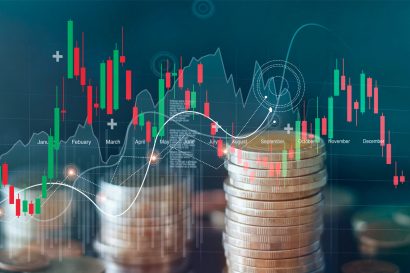 SEBI is also known as the Securities and Exchange Board of India.

The Objectives of SEBI are to act as a regulatory body that monitors the capital market and regulates its activities, keeping a check on companies and brokers’ activities that violate the provisions of the SEBI Act, 1992.

The role of SEBI is to ensure the protection of interests of the investors and aims to provide a safe and sound investment atmosphere for investors by formulating guidelines for the functioning of the capital market.

History and Evolution of SEBI Act

Before SEBI came into existence, a regulatory authority called the controller of capital issues controlled the capital market in India.

Securities and exchange board of India (SEBI) gets established under section 3 of the SEBI Act, 1992.

As per sub-clause (3) of section 3, the SEBI has its office established in Bombay.

It may establish offices at other places in India.

As per section 4 of this act, SEBI incorporates a management board of 9 members, which includes:-

Removal of members of the board

The central government can remove the members from office if any conditions under section 6 of the act are satisfied. The conditions include:

The person’s removal shouldn’t take place without giving him a reasonable opportunity to present his defence.

There are many committees under SEBI that are responsible for all legal, financial and enforcement related affairs.

And more committees under SEBI aids it in its functioning.

Power and Functions of SEBI

Section 11 of the Sebi act defines the function of the SEBI To regulate the capital market and protect the interests of investors; SEBI can take up some measures laid in this act.

Besides these functions, SEBI has some power in its hands to prohibit malpractices.

SEBI has the power to deliver judgements for proceedings of unethical practices to ensure transparency in cases.

It has the power to conduct an inquiry or investigation and check records and books of a company’s accounts to extract proper evidence in case of violations.

It ensures the protection of the interest of investors by issuing SEBI guidelines and rules and regulations for the conduct of various bodies associated with the stock market.

These powers are laid from section 11A to 11D. These are:-

SEBI Board also has the power to adjudicate and summon a person to enforce the attendance of a person and check the accounts and records of a company, person or any other intermediary body and conduct an inquiry by a person appointed by the board under section 15I of the act.

Any stock broker, sub-broker, share transfer agent, banker to an issue, trustee of a trust deed, registrar to an issue, merchant banker, etc., can obtain a certificate of registration under section 12 of the SEBI Act after satisfying the conditions per this act.

To protect the malpractices in the capital market, section 12A of the SEBI act prohibits insider trade practices, deceptive devices and substantial acquisition of securities.

According to this section, no person should

There are penalties laid for violations of the rules or provisions laid under this act.

These penalties are laid from section 15A to 15HB.

Section 15A Penalty for failure to furnish information, books or other documents, return, etc.

Section 15B Penalty for failure to enter into any agreement with clients required to get entered.

Section 15F– Penalty for default in case of stockbrokers

Section 15HB Penalty for contravention where no separate penalty is provided

The minimum penalty for most of the offences laid in these sections is one lakh.

The penalty for insider trading and non-disclosure of acquisition of shares and takeover under sections 15G and 15H, respectively, is 10 lakh and will extend up to 25 crores.

The penalty for unfair trade practices under section 15HA is a minimum of 5 lakhs extending up to 25 crores or three times the profit made out of such practices, whichever is higher.

A securities appellate tribunal is established under section 15K of the SEBI Act, having jurisdiction in an appeal against all the matters decided by the SEBI Board or India’s Insurance regulatory and development authority(IRDAI).

The appeal should get filed within 45 days of passing the order by the board or IRDAI.

Security is a negotiable fungible instrument that holds a monetary value, and acquiring this security represents an ownership position in a publicly traded corporation or company.

An owning of these securities shows the ownership in the involved corporation, PSU, company.

Trading in these stocks will show the shareholding in a company or holding ownership of a company by share percentage.

Securities are of two types:-

Equity security represents the shareholding of a company, partnership or trust by holding stock or shares of that organization.

Debt security: A borrowed money representing the loan’s size with interest rate and its maturity with a renewal date

Relationship between company law and securities law in India

The most common relationship between both acts is that the securities get issued by the companies or business organisations incorporated under the companies act, 2013.

These securities are dealt with and regulated by the Securities and exchange board of India, established under the SEBI Act, 1992.

Both the acts prohibit unfair and fraudulent trade practices.

There is a substantial difference between both.

A constitutional body derives its importance and gets established under the constitution of India.

It derives its powers and authority from the provisions mentioned in the constitution of India.

Any change in the mechanism of these bodies will require an amendment of the constitution.

While an act of parliaments establishes a statutory body, these are non-constitutional bodies.

It derives its powers and authority from that act enacted by the parliament of India.

Example:- Securities and Exchange Board of India is a statutory body established under the SEBI Act 1992, an act of parliament.

Whether SEBI had jurisdiction over unlisted companies?

In the case of Sahara v. SEBI, the issue arose about the jurisdiction of SEBI.

SEBI took cognizance of the matter and issued a show-cause notice to both the companies under Section 67 (3) of the companies Act.

SHICL appealed to Securities appellate tribunal and then to the Supreme Court, claiming that an unlisted company does not come under the ambit of SEBI and gets governed by Unlisted Public Companies (Preferential Allotment) Rules 2003 by the Companies registrar and not SEBI.

Considering Section 55A of the Companies Act 1956, the Supreme Court ruled that any public offer by an unlisted company for more than 49 individuals would come under the ambit of SEBI.

Whether SEBI has the powers or jurisdiction in the matter concerning ULIP’s as IRDA approved it?

In 2010, SEBI passed an order under Section 11, 11B and 12(1B) of the SEBI Act, passed a sou moto order against 14 insurance companies under the discretionary power of SEBI of investigation.

SEBI laid a condition that these 14 companies have to obtain the required registration certificate and prior permission from SEBI otherwise,

Unit linked insurance plan (ULIP) refers to investments made on behalf of policyholders in the capital markets where the policyholder bears the entire risk in the investment portfolio.

As per SEBI (Mutual Funds) Regulations, 1996 and SEBI (Collective Investment Scheme) Regulations, 1999, any person running a scheme about mutual funds should be registered and obtain prior permission from SEBI which these companies lacked to do.

On the other hand, IRDA (Insurance regulatory and development authority of India), established by the IRDA Act 1999, gets powers to regulate the business of insurance companies and re-insurance under section 14 of the act.

It stated that SEBI does not have any powers or jurisdiction related to ULIP’s which IRDA approves. Therefore, they were valid and outside the purview of SEBI.

An ordinance, Securities and Insurance Laws (Amendment and Validation) Ordinance, 2010 was passed by the parliament of India, which later got passed as an act having retrospective effect from the date of Sebi’s order.

This ordinance nullified Sebi’s decision and put ULIPS out of the jurisdiction of SEBI.

The Supreme Court upheld the ordinance.

To prevent undesirable, fraudulent trade practices in the securities market, various legislation got required to regulate this market and keep a check on substantial acquisition of shares, manipulative practices or any other sort of violation.

SEBI Act 1992 played a significant role in curbing malpractices in the securities market and protecting the interests of investors.

These investors are the backbone of the market, and their capital is substantial in corporate governance.

An awareness of these securities laws provides smooth market practices and prevents minority investors from exploitation.

Whether the hybrid OFCDs fall within the definition of “Securities” within the meaning of Companies Act, SEBI Act and SCRA?

As decided in Sahara v. SEBI, the apex court decided that as per the definition of section 2(h) of Securities Contract (Regulation) Act, 1956 does not include hybrid instruments but consists of all marketable securities, and OFCD is a debenture in itself. So it comes under the ambit of the definition of securities.

Which section of SEBI Act, 1992 covers the offences triable by special courts?

Which section of the SEBI Act, 1992 states the central government’s power to supersede the board?

Which amendment of the Sebi act introduced the power of SAT to adjudicate settlement proceedings and under which section?

The Securities law (amendment) act, 2014 introduced that the securities law appellate tribunal has the power to redress the settlement proceeding by consent of both the parties under section 15T of the act.