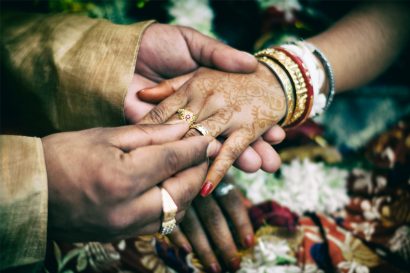 The Child Marriage Restraint Act 1929, approved by the Imperial Legislative Council of India on September 28, 1929, set the marriage age for females at 14 years and boys at 18 years.

On April 1, 1930, it went into force six months later, and it covered all of British India. It was the product of India’s social reform movement. The British Indian Government, which had most Indians, passed the Act despite significant resistance from the British authorities.

EVOLUTION OF THE SHARDA ACT

Whoever forms a child marriage when over the age of eighteen and under twenty-one is punished by simple imprisonment for up to fifteen days, a fine of up to one thousand rupees, or both.

If a male over the age of twenty-one contracts a child, marriage will be punished by simple imprisonment for up to three months and a fine.

Punishment for solemnising a child marriage

Whoever performs, conducts, or directs a child marriage is punishable by simple imprisonment for up to three months and a fine unless he proves he had reason to believe that the marriage was not a child marriage.

Punishment for parent or guardian concerned in a child marriage

When a minor enters into child marriage, anyone in charge of the minor, whether as a parent, guardian or in any other legal or illegal capacity, who:

Provided, however, that no woman shall get imprisoned.

For this section, it must be assumed, unless and until the contrary gets demonstrated, that when a minor contracts a child marriage, the person in charge of the minor has negligently failed to prevent the marriage from being solemnised.

LEGISLATIVE ACTS FOR ERADICATION OF SOCIAL EVIL AND PRACTICES

On December 4, 1829, the then-Governor-General Lord William Bentinck issued the Bengal Sati Regulation, which prohibited the practice of Sati in all jurisdictions of British India. Sati practice got characterised in the rule as repugnant to human sensibilities.

It was another cruel practice in India throughout the nineteenth century. Family pride, the worry of not finding a good marriage for the female child, and the reluctance to bow before the future in-laws are primary reasons behind this practice. In Banaras, Kutch, Gujarat, Jaipur, and Jodhpur, certain Rajput clans had the tradition of murdering newborn females.

As a result, in 1795, 1802, and 1804, and then in 1870, the British passed laws prohibiting this practice. However, legal measures were not sufficient to abolish the practice entirely. Education and public opinion gradually phased out the cruel practice.

The Indian law known as the Dowry Prohibition Act was enacted on May 1, 1961, to prohibit the giving or receive of a dowry.

India’s Parliament passed the Protection of Women from Domestic Abuse Act of 2005 to protect women from domestic violence.

On October 26, 2006, the Indian government and the Ministry of Women and Child Development signed it.

For the first time in Indian law, the Act includes “domestic violence,” which is vast and has physical violence and other types of violence such as emotional/verbal, sexual, and economic abuse. It is civil legislation, not a criminal statute, intended to execute protection orders.

A BRIEF ON THE AGE OF CONSENT IN INDIA

“Parents are afraid that females may engage in sexual intercourse beyond adolescence,” says Anuradha Sahastrabudhe, executive director of Dnyana Devi, a Pune-based NGO. “We’re appealing to parents to change their habits,” said the group.

Also, based on the preceding discussion, it may get inferred that the female child’s reproductive and sexual health suffers the most in early marriages. Obstetric problems, pregnancy-induced hypertension, increased death rates, and a high prevalence of miscarriages and stillbirths are common among child brides. Infant mortality rates are also high, as are preterm birth rates and low birth weight for newborns. The dangers of early marriage affect the female kid and the child born due to the marriage due to early pregnancy.

Legislation alone will not fulfil the goal unless it is supported and backed up by society. To some extent, a uniform civil code would also aid in the prevention of underage marriages.

Who stopped child marriage in India?

Har Bilas Sarda (1867-1955) was an Indian academic, judge and politician. He is best known for having introduced the Child Marriage Restraint Act (1929).

Under which enactment a marriage of a child is void?

Where is child marriage most common in India?

In India, five states account for more than half of all child brides: Uttar Pradesh, Bihar, West Bengal, Maharashtra, and Madhya Pradesh. With 36 million child brides, Uttar Pradesh has the highest population.

Who is liable for child marriage under the Prohibition of the Child Marriage Act?

Contracting a child marriage as a male adult above the age of eighteen is punishable by two years of severe imprisonment, a fine of one lakh rupees, or both.