Importance and aspects of Society registration in India 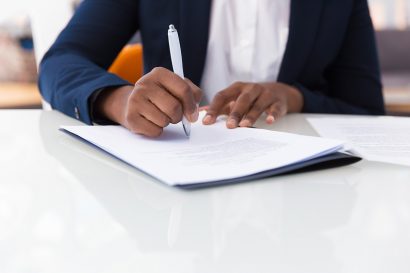 The Societies Registration Act, 1860, permits the society registration of organisations involved in promoting the welfare of society – such as education, health, and employment.

The British Indian Empire passed The Societies Registration Act 1860, on May 21, 1860, to support such interventions that promote the official registration of organisations of like-minded people. The Act remains in existence to this day.

The Societies Registration Act of 1860 strengthened the legal framework for creating societies dedicated to expanding literature, science, or the beautiful arts or disseminating critical information.

Most state governments have adopted the societies Registration Act, 1860, with or without further revisions.

The Societies Registration Act of 1860 got passed by Britishers in India, and it is still in effect today in India. It allows for incorporating charitable organisations for literary, scientific, and philanthropic purposes.

There are various purposes for forming a society. For example, they can get created to promote literature, science, and beautiful arts or facilitate political education or charity work. As per Section 20 of the Societies Act of 1860, a society can get registered for the following reasons:

According to section 2 of the act, the memorandum must consist of:-

The societies registered under the Societies Registration act have some obligations to follow. Society is obligated to file an annual list of members of the governing body like governors, councils, directors, committee members, or any other person entrusted with the company’s management.

Every society that is to be sued or wants to sue an entity can sue or get sued in the name of its president, chairman, principal secretary, or trustees unless someone gets nominated for the same.

This section of the act states the provision defining how a court order can enforce against society and its members. If a judgement needs to get enforced against society, then it cannot be enforced against the property(i.e. Movable and immovable) or the body of such persons against whom or in whose name the suit was instituted; instead, it can be used against the society and the properties associated with it.

may get sued for such arrears or the damage resulting from detention, injury, or destruction of property, in the manner hereinbefore provided.

If the defendant is found successful in any action or other proceeding brought against him at the option of the society and if such defendant gets ordered by the court to recover his costs, he can enforce such judgement against the officer in whose name the suit was initiated on behalf of the society or directly from the society itself.

A society is allowed to alter, extend or abridge the purpose established as per section 12 of the society registration act. A special meeting needs to be organised for such a purpose by the governing body on a prior notice of at least 10 days such report, and such a special meeting should get held in two phases.

Section 13 of the society registration act provides the dissolution of society and its adjustment of affairs. A society can be dissolved by the voting of at least 3/5th of its members or by their proxy at a general meeting convened for the same.

It will immediately get dissolved after the members vote on the proposal. All the required steps are taken to settle the claims, liabilities, and disposal of the property of the society as per the rules and regulations of the society.

In the absence of rules and regulations, if any dispute arises among the body or the members of such a society, the matter will have jurisdiction at the principal civil court of the district in which the society’s head office is situated.

If any government is a member, contributor or by any means interested in the society, then it cannot be dissolved only on the vote of 3/5th of the members; in such a case, the government’s consent is a requisite.

If a property is left after the settlement of all the claims, obligations and liabilities after the dissolution of the society, that property will not get distributed among the members of the society. Instead, it should get donated to some other society that is to be selected by the votes of at least three-fifths of the members present physically or by proxy at the time of the dissolution by such other society. This clause does not apply to joint-stock companies.

This section under the act of 1860 defines members. It states members as a person who paid a subscription o, signed the roll of members, or has not resigned according to the set rules and regulations.

The section also defines disqualified members. It states that a disqualified member is a person whose arrears on subscription are pending for more than three months, and that person is not entitled to vote or get counted as a member.

As per section 17 of the act, any business or society created for a literary, scientific, or benevolent purpose and registered under, or any such society established and formed before the passage of this Act but not registered under the said may be registered as a society under this Act at any time subsequently.

Subject to the condition that no such company or society will be registered under this Act unless three-fifths of the members present personally, or by proxy, at a general meeting summoned for that purpose by the governing body have given their agreement to it being so registered.

The directors of a corporation or organisation registered under shall be assumed to constitute such a controlling body.

In the absence of such a body, it is allowed to the members of the society to organise a governing body to manage the operation of the society by prior notice.

According to section 19 of the societies registration act, any person can inspect all the documents of a society filled with the registrar on payment of one rupee for each inspection.

Mainly section 20 of the act talks about the applicability of the act and simultaneously states the purposes for which societies are formed. This act applies to the societies established for

The essential documents required for the society registration include:

The concept for forming a society arose from the desire to further the organisation’s philanthropic goals, such as education, art, culture, music, and sports. The purpose of society registration is simply to encourage groups, clubs, and societies to work together to achieve the goals of an NGO.

The Society Registration Act of 1860 is the fundamental Act for incorporating societies. Mainly we can infer that this legislation is brought for upliftment and welfare of society at large and to promote its art, culture & education, etc. and encourage more and more people to work in the upliftment of the marginalised section of the society for the country’s better future.

What is the benefit of society registration?

A registered society gets regarded as a separate legal organisation, and it gets endowed with particular powers that allow it to carry out the following functions. These are the following:

Purchase a certain property without having to deal with any legal issues. While vesting the property in its name, a registered society faces fewer complaints.

In the event of a dispute, file a case against the defaulters. The registered Society has the legal authority to enforce legal proceedings in court.

Take advantage of income tax exemption. The Society that operates under the legislation is required to file an income tax return.

How many members are needed to form a society?

A society must have a minimum of seven members. The 'Societies Act, 1860' governs these societies.

What are the bylaws of a society?

The society's goals get included in the bye-laws, which define and regulate the organisation's operations; nevertheless, the rights and responsibilities of members get defined by the Act, not the bye-laws themselves.

The bye-laws bind members, which form the foundation of society.

What are the fees for registering a society in India?

The real prices for society registration in India are INR 50, excluding the costs of notarised paperwork and legal counsel.

Who are disqualified members as per societies registration act 1860?

A member of a society will not be counted as a member or has a right to vote anymore if arrears of such a member are pending for more than three months and are considered a disqualified member as per section 15 of the act of 1860.

Under what provision of the societies registration act 1860 does the term “governing body” gets defined?