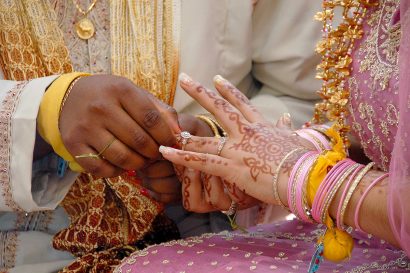 The institution of marriage is different in all religions and castes. This difference further intensified under the harsh gaze of the prevalent caste system. The caste system would not allow people to marry outside their caste. Hence, the individuals willing to marry inter-caste faced great difficulties and societal opposition.

Earlier, individuals about to get married would not have any say while choosing their life partners. Those who attempted to oppose would get killed in the name of Honour Killing. Therefore, the legislators enacted the Special Marriage Act to legalize inter-caste marriages in India to stop violating fundamental rights.

Over the years, situations in a few areas might have improved, but still, it is not entirely acceptable.

Objective Of the Special Marriage Act

The motive of the act is to provide coherent legal provisions for safeguarding the people willing to do inter-caste or inter-religion marriages. The Act works in the interest of all citizens of India by providing a mechanism to institute an inter-faith marriage.

The Act further attempted to curb the menace of social evils like Honour Killing and Love Jihad and recognize the rights of children born out of such wedlock.

History Of the Special Marriage Act

In a revolutionary event, HS Maine Act III authorized dissenters to choose their matrimonial partner and legalized their marriage under the Civil Marriage Law of 1872. Society did not approve the Act and opposed its enactment.

Additionally, the incompetence of the Civil Marriage Law created the Special Marriage Act 1872. They could marry without any religious ceremonies or converting their religion. After that, the Parliament came up with a special Act that ensured the dissenters marrying under the ambit of the Act would get safeguarded by providing the following legal provisions:

Features Of the Special Marriage Act

The Act completely transformed the outlook of society on inter-caste and inter-faith marriages in the following manner:

The Act, unlike other marriage acts, takes into its ambit citizens of India irrespective of their religion and caste. Hence, any individual desirous of marrying another individual could get married under the said Act.

The Act perceives marriage as a civil contract, so there are no rites and ceremonies performed. The Court Marriage gets performed under the act.

The Act observes the procedure of Court Marriage for any marriage under the said Act. The various provisions of the Act in said regard are:

Section 4 of the Act lays down the conditions for a marriage to be valid under the Act. These are:

The Act mandates that at the time of marriage, neither party should have a living spouse. Hence, their first marriage has to get revoked either through divorce or spouse’s death or any other manner that ends the marriage.

Essentially, the parties should be able to give valid consent. Neither of them should be of unsound mind or liable to get a recurring insanity act. Even if not insane, unfit for marriage or inability to procreate, children render them unfit for the marriage under this section.

Any male who is 21 years of age or female who is 18 could marry as per the Act.

Fall within degrees of Prohibited Relationship

The parties must not fall within prohibited relationships degrees. Where the custom allows such marriage, the act would not bar it.

The marriages solemnized under the said act would be rendered void if any of the conditions laid down in Section 6 are left. Either party to the marriage could file a petition for declaring the marriage void.

According to Section 24, the impotence of the respondent could also be the ground for rendering the marriage void.

As per Section 25, marriage under the said act would be rendered voidable under the following situations:

If the respondent refuses to consummate the marriage, the CourtourtCourtrt could grant decree upon the fulfilment of the following conditions:

Respondent was pregnant with someone except the petitioner at the time of marriage.

The consent of either party to the marriage was through fraud or coercion.

Under Section 27, the Act laid specific common grounds for the petitioner filing the divorce irrespective of religion. These are:

It must be noted that the Court might not entertain the petition if a minimum of one year has not passed since marriage registration. However, in some instances where the petition is subject to ultimate hardships, the court would accept the petition.

The parties who have agreed to a mutual divorce could file a petition under Section 28 of the said Act. They could move the application to the District Court stating that they have been living separately for more than one year and have discovered that they could not live in the matrimonial ties anymore.

The following table could help to understand the difference between divorce and judicial separation could:

The caste system is the major roadblock on the success path for India. For a very long time, Indians would not marry outside their caste. However, there might not be a logical reason for this restriction.

Still, it could get believed that the social disparity, difference in customs and traditions and lifestyle of different castes would be the reason why such marriages got prohibited in the first place.

The success of inter-caste marriage depends upon how the couple overcome the hardships. There are various hardships a couple faces. Societal stigma and harassment are the significant hardships such couples have to face.

Lata Singh V. State of UP

In this landmark case, the Apex Court ordered the State Governments to promulgate the mechanism to provide safety to the individuals marrying under the purview of the Special Marriage Act.

In the present case, the petitioner wanted to quash the petition filed by her enraged brother because the petitioner underwent an intercaste marriage. Hence, the Apex Court ruled that the petitioner being 24 years of age, is major and in a position to chose her matrimonial partner.

The celebrated case is commonly known as Hadiya Case. Under the said case, the Supreme Court accepted the right to choose a matrimonial partner as a fundamental right.

The Kerala High Court claimed that ‘an unmarried girl is the property of her father and in an early age, 20’s, she is unable to the make wise decision for her. Later the Supreme Court quashed the High Court’s erroneous judgment and stated that Hadiya is free to pursue her course and live her life on her terms. Further, the Apex Court justified that right to marry a person of owner’s choice is very much a part of Article 21 of the Constitution of India.

The caste system is not a novel concept in Indian society. History is proof that enormous significant empires lost their hold due to the prevalent caste system. The beginning of which could not get traced but the end could be near.

With the enactment of a competent version of the Special Marriage Act, the individuals would marry the person of their choice irrespective of their caste, community, religion or societal taboo. Keeping in mind the outrage of the community, the Special marriage Marriage intended to protect the couple to all possible extents.

The Act laid provisions for the valid marriage, void marriage, voidable marriage, procedure for registration, grounds for divorce, maintenance, the status of the children and remarriage. The objective was to provide a uniform code that could lessen the disparity running deep in the society and eating it up like termite.

Despite the various efforts, society tends to raise hardships and harass the couples. The social evils of honour killing and Love Jihad became the political agenda and further intensified the differences. The need of the hour is to spread awareness and educate how the disparity will only hamper the growth, and interfaith marriage is an individual’s personal choice and not a wrong thing.

Is the Special Marriage Act applicable in the states of Jammu and Kashmir?

Yes. It applies to all Indian nationals, even those residing abroad.

What is the status of a child under the said Act?

The child born out of such wedlock is legitimate under section 26.

Can a Hindu boy marry a Muslim girl in India?

Yes, under the Special Marriage Act.

Who performs the wedding under the Special Marriage Act?

Marriage officer appointed by the Government