SUPREME COURT: A COURT OF RECORD AND ITS POWER 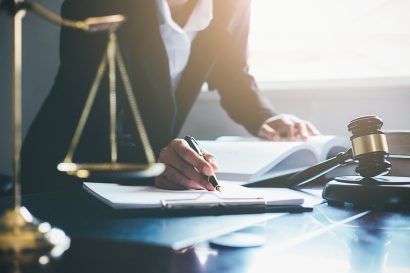 The Supreme court, the Apex court of India, acts as an appellate court whose decision is binding on all other courts(i.e., District courts or High courts) of India.

It also acts as a court of record under Article 129 of the constitution of India. A court of record, a court whose powers and proceedings get as reference for perpetuity and testimony. These records are of high evidentiary value and cannot be brought into question when presented before any other court.

A court of record can punish and imprison for any offence, including the power to punish for its contempt.

Above that, Article 142 allows the court of record to punish for its contempt, subject to any other law made by parliament. Similar to Article 129, Article 215 grants a court of record powers to all different High courts throughout the country.

Introduction to the Supreme Court Of India

The Supreme court of India, the apex judicial body of India, is the final appellate body. Its decisions are considered legal precedents and references by all other subordinate courts throughout the country.

The apex court has original, appellate, and advisory jurisdiction along with the power of Judicial review. The court of record has its basic power of judicial review through which it reviews any law formed by the legislature as violative of constitutional powers(ultra-vires) or not.

The doctrine of judicial review gets considered as the basic function of the court of record. It cannot be taken away by any amendment under article 368 of the constitution of India.

The Supreme court incorporates the inherent power to punish for its contempt under articles 129 and 142 of India’s constitution. The high court also has these inherent powers, being a court of record under Article 215 of the constitution of India.

In the case: Sukhdev Singh Sodhi v. the chief justice and judges of Pepsu high court 1954 SCR 454, the supreme court found that after considering the judgements of the privy council and high courts, high courts also have the power to punish for the contempt of the subordinate courts.

An appeal to the Supreme court lies under Article 133 in civil matters when the concerned High court certifies:

And, In criminal matters, the appeal to the Supreme court lies:

The court of record also gets extensive appellate jurisdiction over all courts and tribunals in India.

Under Article 136 of India’s constitution, the Supreme court may grant special leave in its discretion against any judgement, order, decree, statement, etc., passed by or made by any court or tribunal throughout the country. Nothing in article 136(1) applies to any tribunal or court constituted by or under any law related to the armed forces. So, its appellate jurisdiction is restricted by article 136(2).

Under Article 134(2), Parliament may confer additional powers on the Supreme court to address appeals from orders, judgements, sentences in criminal proceedings, etc., of a high court subject to provisions specified by law.

This power of appellate jurisdiction of the supreme court is not arbitrary and subject to provisions of law.

Can you Appeal directly to the Supreme Court of India?

What is the time limit for Appeal to the Supreme Court?

The Limitation period prescribed to file the appeal in criminal or constitutional matter or special leave petition to the apex court is 90 days from the date of judgement or decree passed by the High court.

In civil cases, if the high court grants a certificate under 134A against the decree or order, then the limitation period is 60 days.

In the case of Special leave petitions, if the high court refuses to grant a certificate under article 134A, then the limitation period is 60 days

Appeals against arbitral awards can also get filed in the apex court within 90 days.

In a recent case of N.V. International v. the state of Assam (2020) 2 SCC 109, The supreme court, while refusing to condone a delay in appeal, stated that the limitation period for an appeal against an arbitral award to the apex court is 90 days with a grace period of 30 days.

The supreme court serves as the guardian of all the organs of government. It keeps a check on all organs of government and the bodies which perform its functions. It also keeps an eye on the legislative function through its process of judicial review.

Its power of appellate jurisdiction ensures that the ends of justice meet by keeping acting as a monitor over the activities of subordinate judicial bodies(i.e., high courts, district courts & tribunals, etc.).

Lastly, the Supreme court ensures no one shall get denied justice, and everyone shall get heard in his/her defence.

Why is the supreme court called a court of record?

The supreme court has all the powers of a court. And has the power to punish, imprison for any offence, and also punish for its contempt of itself.

Its decision is of high evidentiary value and cannot get questioned in any court of law.

Which articles state the supreme court and high court to be called the court of record?

Which Article invokes the appellate jurisdiction of the supreme court in civil cases?

Article 133 of the constitution of India invokes the appellate jurisdiction of the supreme court in civil cases.

Which Article of the constitution of India grants special leave to appeal to the apex court?

Under which article the high court certifies a case to be fit for appeal to the supreme court?

If the high court thinks a case to be fit for appeal to the supreme court, it issues a certificate under article 134A of the constitution of India and makes it appealable.

What is the Limitation period for appealing to the supreme court through special leave?

The limitation period to file an appeal through special leave in the apex court is 90 days, and if the high court refuses to issue the certificate under article 134A of the Indian constitution in a case appealable by special leave petition, then an appeal can get made within 60 days.

What is the grace period prescribed beyond the expiry of the limitation period in an appeal against an arbitral award?

The grace period granted beyond the limitation period( i.e., 90 days) is 30 days.