The Mines and Minerals (Development and Regulation) Act: Regulating mining sector and its activities 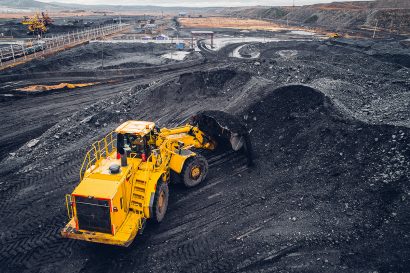 The mining sector in India contributes around 2.5% of the country’s GDP, employing over 15 lakh people. This sector is regulated by the legislation brought in 1957 known as the Mines and Minerals (Development and Regulation) Act 1957.

This act initially consisted of 33 sections and 6 schedules. The act has undergone many amendments from time to time.

The act got introduced to regulate the mining and prospecting activities, govern the reconnaissance permits, mining leases in the country, etc.

Prospecting is a branch of zoological science applied for searching mineral deposits beneath the earth’s surface by mining and excavation.

Chapter ll of the Mines and Minerals (Development and Regulation) Act 1957 mentions the restrictions on undertaking prospecting and mining operations.

Rules for regulating the grant of prospecting licences and mining leases

Some rules regulate the grant of prospecting licences and mining leases. These rules are mentioned under chapter IV of the act from sections 13 to 16. These are:-

The Central Government has the power to make rules regarding minerals

Under the mines and minerals (development and regulation) act, the central government gets entrusted with making rules regarding the grant of reconnaissance permits, mining leases and prospecting licences.

These rules can be regarding:

Under the mines and minerals (development and regulation) act, the Central Government is authorised to create regulations for the issue of prospecting licences or mining leases regarding any minerals beneath the ocean, within India’s territorial seas or continental shelf.

Regardless of the above, such rules may address all or any of the following:

According to section 14, the provisions mentioned in Sections 5 to 13 (inclusive) do not apply to minor minerals.

Minor minerals for quarrying, mining, or other mineral concessions are not subject to sections 5-13(inclusive).

The State Government is authorised to enact rules regulations for grant quarry leases, mining leases, or other mineral concessions regarding minor minerals by notifying them in the Official Gazette.

The State Government has the authority to collect funds for the District Mineral Foundation concerning minor minerals.

The State Government may require all holders of small mineral concessions to pay sums to the district’s District Mineral Foundation, where the mining activities get carried out.

Power of the government to alter mining leases granted before October 25, 1949

The rights granted by the estate’s proprietor under a mining lease on or after 25th October 1949 and before the commencement of the MMDR act, 1972, such mining lease shall be brought into conformity with the provisions of the act, 1994 within two years from the date of Act’s commencement.

Provided that such leases are to be provided to acquire estates, tenures or agrarian reform.

If any action is taken under clauses (a) and (b) of this section to bring a lease into compliance with the act’s provision and rules, the period of such lease shall continue to operate for two years from the date of bringing such lease in conformity with the Act’s provision.

This section’ provisions shall apply to land in which the minerals vest in the Government of a State or any other person.

The Central Government can initiate reconnaissance, prospecting, or mining operations after consultation with the State Government in any area not already held for such purpose by notification in the Official Gazette.

The central government is authorised to:-

If the central government undertakes reconnaissance, prospecting, or mining activities in any area, the Central Government is liable to pay reconnaissance permit fee or prospecting fee, royalty, surface rent, or dead rent at the same rate if a private party undertook such activities under this Act.

Reservation of areas for purposes of conservation

If a territory is not reserved for prospecting licence or mining lease for protecting any mineral and if the central government wishes to do so, it may describe the boundaries of such an area after consultation with the state government.

In consultation with the state governments, the central government may designate any territory not covered by a prospecting licence or mining lease as a place of prospecting or mining by Government enterprises or corporations owned or controlled by it.

With the central government’s consent, the state government may reserve any area not currently held under any prospecting licence or mining lease for prospecting or mining activities via a Government firm or corporation owned or controlled by it.

The partner of a joint venture should be chosen through a competitive process if:

The Mines and Minerals (Development and Regulation) Act of 1957 got enacted to address prospective employment in the mining sector and the safety and advancement of mine workers.

The statute prohibits superfluous and manipulative labour among the poor and provides them with the essential platform to get heard in the event of injustice. As a result, such comprehensive legislation is required to advance the country’s economy and reform the less privileged people.

The mining sector gets projected to generate a revenue of around 878 billion in 2023. Still, it faces some challenges to carry on these activities considering the conservation of resources and sustainable development.

What exactly is the Mmdr amendment bill 2021?

The Mines and Minerals (Development and Regulation) Amendment Bill, 2021, proposing to abolish end-use restrictions for future mineral mining rights auctions, allowing current captive mine operators to export up to 50% of minerals extracted in a year.

What is the status of the employment of minors under the age of 18?

Anyone under 18 was banned from working in a mine or a portion of a mine under the Mines (Amendment) Act, 1983.

Apprentices and other trainees (who are not under sixteen) may still be permitted to work, but only under competent supervision. Before they may work, they must first receive the consent of the Chief Inspector or an Inspector.

What is Section 22 of mmdr act?

Cognizance of offences. No court is authorised to take cognisance of any crime punishable under this Act or any regulations established under the same unless the central government or the state government has authorisation.

What is section 20 of the mines and minerals (development and regulation) act?

Section 20 of the act states that the provisions of this act apply to the renewal of all the prospecting licences and mining leases while,

What is section 20A of the mines and minerals (development and regulation) act?

Section 20A of the act states the matters regarding which the central government has the powers to issue directions. These are:-