Union Against the Exploitation-Trade Union Act 1926 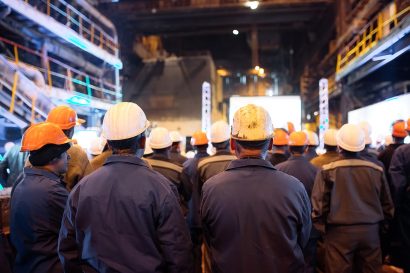 Collective bargaining, a fundamental right of every citizen, and trade unions play an important role in ensuring that workers’ rights are upheld. To that end, trade unions have many rights and obligations granted under the Trade Union Act 1926. Trade unions were eventually formed as modernisation and industrialisation emerged and grew.

The number of trade unions eventually increased by the end of 1925. Hence, the need for specific legislation in the form of the Trade Union Act 1926 was felt. They demanded the protection of employees’ rights and machinery to resolve and prevent industrial disputes.

The continuous exploitation of employees by employers led to the creation of the Trade Unions Act 1926 to protect their interests and meet their legitimate demands. The said Trade Union Act 1926 established the legal right to form and organise unions, allowing employees to form trade unions.

The essence of the Trade Union Act

Trade unions are essentially groups of employees who work together to achieve common goals. Due to various social and economic ills, it became necessary for employees to devise effective means of dealing with employers in the form of trade unions.

Trade union meaning as per the Trade Union Act 1926 as

The provisions for trade union registration are addressed in Chapter II of the Trade Union Act 1926.

The industrial revolution initiated in Europe in the early 1700s and lasted until the early 1900s. The economy was transitioning from an agrarian to a machine and manufacturing-dominated one. During this period, the concept of industry emerged and the development of various forms of technology. It was also a period in history marked by scientific discoveries and inventions. It resulted in the standardisation of manufacturing processes and the goods produced.

In modern parlance, this large-scale manufacturing gets referred to as “industry.” Massive economic and technological changes inevitably resulted in massive shifts in socio-cultural aspects, resulting in abject poverty among people. As technology replaced labour, their employment and job security were jeopardised. Furthermore, they were paid pitiful wages for long work hours and were subjected to abuse.

While the industrial revolution and technological advancements continued, joint-stock corporations replaced the old business ways. It essentially concentrated money, ownership, and power in the hands of a few people, resulting in the creation of a separate class of wealthy entrepreneurs from royalty.

So, it widened the gap between the already impoverished labour class. As a result, these two classes (namely the owner-employer and labour) dominate the discussion of trade unions.

Labour exploitation, low wages, job insecurity, and deplorable working conditions necessitated the regulation of power, giving rise to the concept of collective bargaining, resulting in the formation of labour unions.

The Trade Unions Act of 1926, which provided for the registration and governance of unions and legal recognition to the labour cause, amounted to be a significant step forward.

Per the Trade Union Act 1926, the very purpose of unions in the labour market is to voice the issues that workers face in their jobs, so the role of trade unions is critical. It is known as collective bargaining; employees/workers present their concerns to management or the employer. It usually gets accomplished through unions by presenting the charter of demands to the employers. The issues then get negotiated, and an agreement is reached that is binding on both the employer and the workers.

Some of the functions they perform and the most frequently negotiated issues are:

The Trade Union Act 1926 talks about the following types of trade unions:

If workers from the same craft or job category form a union, the union is known as a ‘craft union.‘ These unions are known as ‘horizontal unions.‘ The logic behind the formation of such unions is that workers in the same craft face similar issues—mostly non-managerial personnel from such unions.

Drivers’ Associations, Signaling Staff Unions in Indian Railways, and others are examples of such unions.

When workers from any industry, region, job or occupation band together to form a union to protect the workers’ overall interests, such unions are general unions.

When workers from various categories form a union, that union is known as an industrial union. These unions also get referred to as “vertical” unions. The logic behind the formation of these unions is that workers in the same industry have a common bent, are governed by the same rules and regulations, and are managed by the same management.

Furthermore, problems in the same industry are more or less common. The significance of these unions has grown in recent years.

Industrial unions from the same or different industries may form an association to improve trade union unity/strength. Federations are such unions of unions. Unions/federations in various industries may resort to concerted action during critical situations without losing individuality.

In such cases, the federations join together to form an association known as a confederation. For example, a confederation could get formed by the Federation of Indian Railways, P&T, and Central Government Employees.

The Trade Union Act 1926 (the “TU Act”) governs the formation and operation of trade unions. Section 2(h) of the Act defines trade unions as “any combination formed for the purpose of regulating the relations between individuals.”

As per Trade Union Act 1926, Section 8, Trade unions could get registered or unregistered, which can be temporary or permanent.

Registration of Trade Union, on the other hand, is recommended because it gives you more rights and bargaining power. The registration process entails submitting applications by seven or more people engaged or employed in the establishment or industry; these people must subscribe their names to the trade union’s rules.

The union can get registered only if at least 10% of the workers, or 100 workers, are union members at the time of registration.

The application must include:

Registered trade unions have many operational rights, which incorporate:

The Trade Union Act 1926, Section 9, states that the registrar shall issue a registration certificate to any trade union registered under the provisions of Section 8 of the Act. Such certificate shall serve as conclusive proof of the trade union’s registration.

Trade Union Act 1926, section 9A establishes the minimum number of members required to be present in any duly registered union.

The Section mandates that a registered trade union must maintain at all times a membership of not less than 10% or one hundred of the workmen, whichever is less, subject to a minimum of seven, engaged or utilised in an institution or trade with which it is affiliated.

On the 8th and 9th of January, 150 million workers in India went on strike. The strike was organised by ten different trade unions representing workers in transportation, banks, financial services, government companies, power, steel, automobiles, and other factories. It comes in the wake of farm workers’ protests, which also participate in the action.

What is a trade union, and what is its purpose?

A trade union, a membership-based organisation, and its membership must be primarily composed of workers. One of the primary goals of a trade union is to protect and advance the interests of its members in the workplace. Most of the trade unions do not have an affiliation with any employer.

What do you mean by immunity under the Trade Unions Act of 1926?

What are the major problems faced by trade unions in India?

Who is the mother of the trade union?