Everything About Trademark Laws In India 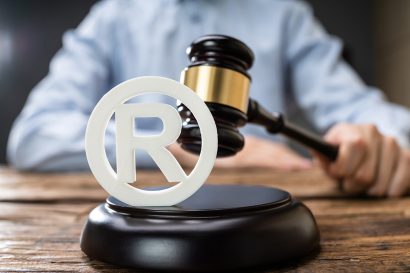 “The term “trademark” refers to a visual mark that can be used to distinguish one person’s goods or services from those of another and can include the shape of the goods, their packing, and colour schemes.

Origin of Trademark Law in India

India has a long history of proprietary protection through marks. It gets documented that throughout the 10th century, the use of a mark associated with merchants’ marks expanded significantly among traders and merchants. These marks were primarily used to verify product ownership rights, such as branding animals, potteries, trading emblems on coins, etc.

India had a long history of trademark culture with other countries, but it wasn’t until 1940 that India passed its first trademark statute.

Before 1940, concerns of infringement, passing off, and others were handled by applying the Specific Relief Act of 1877 Section 54. Registration was decided by obtaining a declaration for the ownership of a trademark under the Indian Registration Act of 1908.

The Trademark Act of 1999 governs the protection, registration, and prevention of illegitimate use of trademarks. The Act of 1999, as amended, conforms to the Trade-Related Aspects of Intellectual Property Rights (TRIPS) and is consistent with international institutions and practises.

Types of Trademarks under Trademark Act 1999

Per the trademarks laws in India, trademarks get classified into several types, including product marks, service marks, collective marks, certification marks, shape marks, and so on. The primary goal of all of these trademarks is to assist customers in determining the underlying products or services’ origin and quality.

A product mark is much identical to a trademark. The only difference is that it applies to trademarks associated with items or things rather than services. It gets used to identify the origin of a product and distinguish the manufacturer’s product from others. Overall, a trademark is a crucial tool for protecting a company’s goodwill and image.

A service mark, simply a mark, identifies one proprietor or owner’s services from those of another. Service marks do not represent commodities but rather the company’s services. They are utilised in a service industry when no actual goods bearing the mark get exchanged. Companies that provide restaurant and hotel services, courier and transportation, advertising, publishing, and so on can now protect their names and marks from unauthorised use.

These are trademarks used by a group of entities and can be secured collectively by the company. Collective marks get used to educate the public about a specific product feature for which the collective mark gets employed.

Collective marks are used for marketing individual items with qualities unique to the producer in a specified field. Such marks may get owned by an association, a governmental institution, or a cooperative. As a result, more than one trader can use a collective trademark if the dealer is a member of the association.

As a result, a collective trademark can be used by more than one trader as long as the dealer is a member of the association.

The usage of certification marks defines the standard. They assure customers that the product meets specified requirements. The presence of a certification mark on a product implies that it has passed the prescribed standard tests. They assure consumers that the producers have gone through an audit procedure to ensure that the required quality of the product/service gets achieved. Food products, toys, cosmetics, and electrical goods have branding that describes the product’s safety and quality.

Per Indian Trademarks Act, 1999, a trademark may also encompass goods’ shape and packaging, as long as the shape can get graphically appropriately represented. It assists in differentiating goods sold under such a trademark from those offered by another producer. The current Trade Marks Ordinance (Cap. 559) still allows for the registration of such marks.

Shape Mark has helped in product advertising and has emerged as a trademark type as graphics technology has advanced. Shape marking can get used on any graphical representation that can distinguish one product from another.

These are the marks that consist of a pattern capable of identifying goods or services as coming from a specific undertaking and distinguishing them from other undertakings. Pattern Marks can get registered for such goods/services.

A sound mark is a trademark in which a specific sound serves the purpose of uniquely identifying the origin of goods or services. In the case of sound markings, a particular sound gets connected with a firm or its products or services, such as MGM’s lion roar.

How are Trademarks denoted As Per Trademark law in India?

A trademark protects its owner by allowing them exclusive rights to use it to identify goods or services, or by granting others permission to use it in exchange for money. Section 28 of the Trade Marks Act, 1999 provides the rights provided by registration.

Procedure and Term for registration of Trademark in India under Trademark Act, 1999

Suppose a trademark gets removed from the register due to non-payment of the necessary fee. In that case, the registrar must renew the trademark registration within six months and one year of the expiry date of the last registration.

The registrar also reinstates the trademark in the register and renews the registration for ten years after the previous registration expires upon the receipt of implication in the required form and payment of the prescribed fee.

Conditions of registration of Trademark in India under Trademark Act, 1999

The Act makes an exemption for the first 3 points, namely, when trademarks lack distinguishing character, comprise exclusive marks used in the trade to describe sort, quality, and so on, or contain marks that have become conventional in trade activities.

The exemption is that if the trademark has acquired a unique character due to the use or is a well-known trademark before applying for the registration, it will not be refused registration.

Section 11 of the Trademark Act, 1999 lists the relative grounds for refusal of trademark registration. Exemptions to the refusal grounds also get listed in this section.

Trademarks under Section 11 can get registered if the exemptions are satisfied.

The grounds for refusal of trademarks listed in Section 11(1) of the Trademark Act, 1999:

If there is an honest concurrent use of the trademark, the Registrar of Trademarks may grant registration.

The following grounds for refusal get listed in Section 11(2) of the Trademark Act, 1999:

The following grounds for refusal get listed in Section 11(3) of the Trademark Act, 1999:

Unless the proprietor of the earlier trademark objects to the opposition proceedings, the trademarks described in Sections 11(2) and 11(3) will not get denied registration.

Effects of Registration of Trademark

If valid, a trademark registration grants the registered proprietor the right to use trademarks in connection with the goods and services for which the trademark gets registered, as well as the right to seek remedy for trademark infringement.

Infringement of Trademark under the Trademark Act, 1999

Infringement refers to when someone’s rights get violated. As a result, trademark infringement entails the breach of trademark rights.

When a trademark or a substantially similar mark gets used without permission on products or services of a similar nature, it gets infringed. In such a case, the court will consider whether the trademark’s usage will confuse the customer about the genuine brand they are buying.

As a result, under the Trademark Act, 1999, a trademark is violated if:-

If a registered trademark gets infringed upon, the trademark owner has the right to sue for damages. The following requirements must get completed to file such a lawsuit:

Case Laws of Trademark in India

In recent years, there has been a fixed rise in notable trademark cases in India. Some of the rulings were historic in terms of the precedents they established. Here are some of India’s recent significant trademark cases:

Trademarks are critical components of intellectual property. The protection of a trademark has grown increasingly important in recent years since every manufacturer of a commodity or service wants his or her mark to be distinctive, eye-catching, and easily identified from others. Designing a trademark like this is tough, and when the mark gets infringed upon, the producer will face the most significant trouble.

The Trademarks Act of 1999 considerably promotes the rights of traders as well as other service providers. It serves as a deterrent to infringers. The Indian Trademarks Act responds to changes in trading and commercial practises, increasing globalisation of trade and industry, the requirement to encourage capital inflows and technology transfers, the need for trademark management system simplification and harmonisation, and the need to give effect to relevant court decisions.

The motto of intellectual property protection is to encourage creativity and discovery while also preventing invention exploitation. The public policy aims to maintain an Intellectual Property system that fosters innovation through protection policies while also ensuring that this does not come at the expense of societal interests.

Which section defines ‘trademark’ as defined under the Trademark Act, 1999?

In which year, the first trademark statute passed?

What is the period of trademark registration?

What is the period of trademark renewal?

Which was the first landmark judgment on cybersquatting?

Under which section, absolute grounds of refusal of registration of a trademark gets defined?