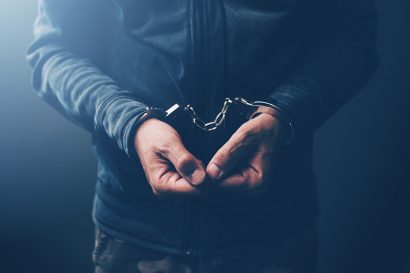 The Lok Sabha modified the Unlawful Activities (Prevention) Act (UAPA 1967), or anti-terror law, in 2019. The bill gives central authorities and states the power to deal with terrorist activity firmly.

The Unlawful Activity (Prevention) Act is an Indian statute that aims to prohibit illegal activities associations in India. Its primary goal was to provide authorities for dealing with acts aimed at undermining India’s integrity and sovereignty.

WHAT IS THE UNLAWFUL ACTIVITIES PREVENTION ACT?

The Unlawful Actions (Prevention) Act of 1967 enacted to efficiently suppress unlawful activities by individuals and groups deals with activities promoting terrorism or other comparable components. It is applicable throughout the country.

If accused under the UAPA, any Indian or foreign national is subject to punishment regardless of the offence committed. Individuals get equally responsible under this legislation if they commit the crime mentioned above in a foreign land.

Due to legal issues, Terror-specific legislations such as the Terrorist and Disruptive Activities (Prevention) Act (TADA) and Prevention of Terrorism Act, 2002 (POTA) over time got abolished. And the UAPA became India’s principal anti-terror legislation.

Since 2004, the UAPA has been amended several times to make it harsher in accused rights and cover additional terror-related offences.

EXTENT AND APPLICATION OF UAPA 1967?

The Amending Acts are as follows:

The last Amendment got passed when Parliament voted to remove POTA. However, the majority of POTA’s provisions were re-incorporated in the 2004 Amendment Act. It was enhanced further in 2008, following the Mumbai attacks.

The most recent change was in 2019. The Bill modifies the Unlawful Acts (Prevention) Act, 1967, to make it more effective in combating unlawful activities and satisfying promises made at the Financial Action Task Force, according to the statement of aims and reasons (an intergovernmental organisation to combat money laundering and terrorism financing).

The scope of UAPA got increased in July 2019. It was changed to allow the government to identify someone as a terrorist without a trial. Previously, only groups may get labelled as terrorists under the Bill.

On 1 February 2021, the Supreme Court of India decided that it might bail the accused if the right to a speedy trial got breached.

WHAT WERE THE CONSEQUENCES OF THE AMENDMENTS?

WHY ARE ARRESTS UNDER UAPA SO PROBLEMATIC?

Vague Concepts That Can Get Used to Arrest Activists and Lawyers

Draconian Procedural Aspects of the UAPA

The Pune Police detained nine activists on January 1, 2018, under the Unlawful Activities (Prevention) Act, 1967 (UAPA), for their suspected role in the violence that followed the Bhima Koregaon festivities. Every year, the festival commemorates the fall of the Peshwa Kingdom, which was notorious for its harsh and casteist governance.

A small battalion of the English Army made up of men from Dalit, tribal, Muslim, Christian, and other backward communities beat a much larger army headed by Peshwa Bajirao II in the hamlet of Koregaon Bhima on January 1, 1818.

On the 200th anniversary of the war, thousands of people congregated at the Bhima Koregaon Vijay Stambh, 30 kilometres from Pune, to pay their tributes. A crowd made up of members of several right-wing organisations assaulted them on their way back.

Two retired judges, P. B. Sawant and B.G. Kolse Patil had arranged an anti-caste gathering called the Elgaar Parishad the day before, on December 31st. The remarks and acts gave at this gathering, police believe, may have sparked the assaults the next day.

Anita Sawale, a victim, filed an FIR with the Pune Rural Police on January 2, identifying Milind Ekbote and Manohar Bhide, also known as Sambhaji Bhide, as the main offenders.

The Maharashtra government claimed in an affidavit filed in the Supreme Court on February 13 that the violence got carried out as part of a pre-planned plot by Ekbote and others.

The narrative, however, took a different course in April. The Pune City Police raided the residences of five activists throughout the country in response to an FIR filed by Tushar Damgude, a devotee of Sambhaji Bhide.

They were detained on June 6 under the draconian UAPA, reportedly for having connections with Maoists, who the police believe planned the Elgaar Parishad rally and triggered the violence.

The police also discovered letters purportedly authored by Maoists in which they discussed an assassination plan against the Prime Minister. Anti-insurgency specialists have regarded these letters as forgeries. They did, however, popularise the phrase “Urban Maoist.”

On September 28 through J. DY Chandrachud, the Supreme Court issued a minority dissenting decision in which it questioned the Maharashtra Police’s ability to conduct an unbiased inquiry.

The Court also questioned the validity of a letter reportedly written by accused Sudha Bharadwaj, which contained terms and phrases that a Marathi speaker could only use.

While agreeing that the Special Investigating Team should establish the case, Justice Chandrachud raised concerns about how the police had selectively leaked material to the media. Recently the case was moved to the NIA on January 24, 2020, which sparked controversy.

While we have witnessed several instances of a dishonest attempt to preserve the basic principles of state policy in India, fundamental liberties repeatedly get jeopardised in the name of “national security.”

In recent years, the amendments to the UAPA have criminalised various fundamental rights such as association, life, and liberty, free speech, and expression and muddled the line between healthy political dissent and criminal terrorism.

The act delegitimizes the political thoughts, ideologies, and beliefs that are opposed to the government.

Furthermore, labelling individuals as terrorists is a step toward grave violations of a citizen’s right to protest, considering that there have been recurrent claims of malicious prosecution under the UAPA, as well as police impunity. Overall, the legislation, together with its recent revisions, necessitates some serious rethinking and rephrasing in conformity with core human rights and constitutional principles.

Under UAPA, both conventional bail and bail by default, such as CrPC, are permitted, with some exceptions under Section 43 D of UAPA. A competent magistrate can grant regular bail in UAPA under section 437 CrPC and the high court or district and sessions court under section 439 CrPC.

What is the severest punishment in the Unlawful Activities Prevention Act?

The Act delegated absolute power to the central government, and if the Centre believes conduct to be illegal, it may declare it such in an Official Gazette. The death sentence and life imprisonment are the most severe punishments.

How is UAPA perverting the idea of justice?

Because of several circumstances, a UAPA case has a far greater toll on individual liberty than normal prosecutions. The most severe claims may get under Indian criminal law, the UAPA offers the least procedural protection.

What is an unlawful activity under UAPA?

The term “unlawful activity” refers to any action performed by an individual or an association (whether by committing an act or by words, either spoken or written, or by signs) that questions, disclaims, disrupts, or is intended to undermine India’s territorial integrity and sovereignty.