What is Litigation when it comes to the company? 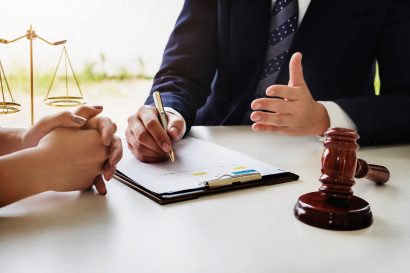 A Company has a different legal entity different from its directors. Under the Companies Act, the Company’s registration renders it an artificial person with significant legal rights and liabilities to the company like any other natural person. Among these rights, the most significant one is the right to sue and to be sued. Hence, the Company could sue and could get sued in its name.

During the shareholder or the investors’ violation of the rights, litigation, suit, or petition could get filed in the Company name. However, an obligatory condition needed to get fulfilled is that the said suits, petitions or Complaints have to be through the Authorized Representative of a Company.

So, using the court or getting sued by the court and taking the matter to the courts is litigation.

Some of the most common litigations could be-

Litigation risk involves the possibility to take legal action against the corporation. The timely risk analysis determines the plausibility of future litigation risks arising from a contract or a transaction.

The accounting of the litigation risk

Generally Accepted Accounting Practice (GAAP) and International Accounting Standards (IAS) require companies to promulgate the provisions for the litigation risk and to commence it in the company’s financial statements. This practice renders the company’s stakeholders with an accurate and fair picture of the company’s financial accounts and the disclosure of outstanding debts and liabilities. Such disclosure is necessary as it might affect the decision making of the potential investors.

Assessing the litigation risk renders the company’s management an early appraisal of the potential risk of legal action and costs that the company would have to bear in the process. The assessment of litigation risk consists of the following components:

Companies could face litigation from shareholders or investors who experienced displeasure with services or the corporation’s products. The disruptions, service loss, injury or harm associated with the company’s working might be additional reasons for dissatisfaction.

A corporation might also get confronted with lawsuits due to a breach of contracts with other businesses and individuals or intellectual property and patents the company makes use of in its products. Based on these factors, the litigation risks could get classified as:

Failed financial products and errors in financial bookkeeping at a company might create persistent risk for potential litigation.

The risks resulting from the law and regulations that might affect the working of corporations get referred to as regulatory risks.

Risks resulting from non-compliance with internal policies or statutes applied to any business organisation are considered compliance risks. Furthermore, firms might face trouble if they fail to comply with industry laws and internal policies, known as integrity risk.

Dispute risk and Risk to the Reputation

Dispute risk could get caused due to interruption by the stakeholders, partners, customers of the business. Risks arising due to the involvement of employees or other parties like suppliers is called Reputational Risk.

Before 2016, the Company Law Board looked after all the litigations about the company. A quasi-judicial body could exercise the same jurisdiction as that of the High Court or the Central Government. The Board holds power to formulate its procedures. The Company Law Board enacted “Company Law Board Regulations 1991” to prescribe the process for initiating the petitions before it.

Under the “Company Law Board, (Fees on applications and Petitions) Rules 1991”, the Central Government would prescribe the fees for filing the petitions before the Company Law Board. The Board set up its Principal Bench at New Delhi and four Regional Benches at New Delhi, Mumbai, Kolkata and Chennai.

Party filing a complaint before company Law Board shall necessarily file five copies of complaint along with relevant documents prescribed in Form No. 1, except in reference made by R.O.C. Such a complaint required no court fee.

The Companies (Second Amendment) Act, 2002 permits the Company Law Board and Board for Industrial and Financial Reconstruction (BIFR) replacement with a National Company Law Tribunal and Appellate Tribunal.

The NCLT and NCLAT aimed to accelerate the regime of corporate dispute resolution, thereby providing the ease of doing business in India.

The secondary purpose for its enactment would be the faster implementation of the Bankruptcy Code. With consolidated corporation jurisdiction, it gets expected to reduce the litigation burden of the traditional courts. The National Company Law Tribunal consolidates the corporate jurisdiction of authorities:

Therefore, with the formulation of the NCLT and NCLAT, the Company Law Board under the Companies Act, 1956 stood dissolved.

The party aggrieved by the orders of the National Company Law Appellate Tribunal could file an appeal to the Supreme Court on a question of law arising out of such order under this Code within forty-five days from the date of receipt of such order.

Previously known as Representative Action, Class Action Suits allows miscellaneous claimants to initiate a lawsuit on common grievances against the company. Article 245 of the Companies Act 2013 is a group of people represented collectively by a group member.

The Class Action allows the impecunious claimants to club together their resources and services of counsels to initiate a labour saving and cost-effective litigation. Therefore, class suits confer the benefits of economies to those claimants with limited resources or small claims that would render their lawsuits expensive and unfeasible.

In the seventeenth century, the Equity Courts of England introduced class actions in the form of the Bill of Peace. The courts would hear the Bill of Peace in the event of numerous litigation premised on common ground that would be impossible to hear individually. So, the group members sharing an interest in the question to get settled and the parties named in the suit could adequately represent the interests of persons absent from the action and those whose rights would be affected by the outcome.

Further, the judgement of the Bill of Peace would be binding on all the members of the group. The bill of peace acted as a convenient and efficient mechanism for addressing legal matters concerning the parties sharing the claims.

Provisions of the Companies Act, 2013

Section 245 of the Companies Act 2013 permits the shareholders or depositors to file an application or initiate litigation action before the National Company Law Tribunal (NCLT) claiming the company’s operations and working to violate the interests and rights of members and investors.

Such shareholders file class suits against the company, its directors, experts, consultants or any other person for any wrongful, fraudulent or wrongful act. Such suits might also get commenced against the audit firms and the partners accountable for misleading and improper statements in the auditor’s report or any misconduct or fraud by act or omission.

Investor Education Protection Fund (IEPF) reimburses expenses for the litigation undertaken by such class suits. The cost of applying class action would get defrayed by the company or any other person responsible for such an oppressive act. During the trial, the Tribunal would try to decipher the true intentions of the members or depositors. It is necessary to establish that the claimants act in good faith and that the cause of action could get pursued individually instead of class action. Further, Section 37 of the same Act contains a provision for ‘Securities Class Action’‘.

Interestingly, if a misleading statement or the inclusion or omission of any matter is made in the prospectus affecting any group of persons, a suit instead of an application with the NCLT shall get filed for appropriate remedy. No minimum number of people required for filing such a suit has yet been prescribed.

The provision also states that ‘any other action’ may be taken imposing civil or criminal liability on persons responsible for such misleading statements made in the prospectus.

The 2013 Act somehow permits waiver of the requirements related to the eligibility of persons to apply for oppression and mismanagement. Still, there’s no such exemption provided in case of class action.

Causes of action and remedies

The members of the company or anyone could initiate litigation proceedings against the company on the following grounds:

A corporation is an independent entity, separate from its directors. Under the Companies Act, the corporation’s registration makes it an artificial person with significant legal rights and responsibilities to the company, just like any other natural person. The right to sue and be sued is the most pivot of these rights. As a result, the Company may sue or get sued in its name.

NCLT looks after the litigation against the company. The litigants are empowered enough to challenge the decision of NCLT through an appeal filed in the Apex Court.

Section 244 of the Companies Act 2013 allows company representatives to petition the tribunal for redress if they are subjected to persecution. Section 241 specifies the criteria for such a petition. Furthermore, Section 245 allows a group of persons to collectively address their concerns in action; such a suit is a class suit.

Therefore, class Action would be an economical way for the impecunious claimants to pool their resources and services of counsels to initiate a labour saving and cost-effective litigation. As a result, class actions provide economic benefits to plaintiffs with constrained capacity or modest claims, which would otherwise make their cases expensive and impracticable.

FAQs on Litigation against Company

Can anyone file a suit against any corporation?

No, only the people associated with the corporation could file a suit against it.

Can a company be sued for personal injury?

Yes, personal injury could be a ground for sound litigation.

Where could a suit against the company get initiated?

Who can apply to Section 245 of the Companies Act?

Members and depositors can initiate a suit under the said section.

Prevention of Oppression and Mismanagement