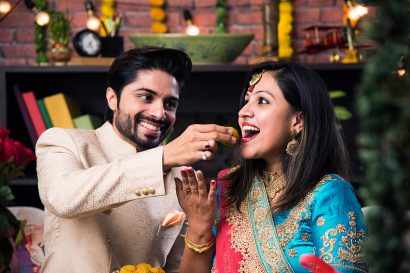 The conditions of women before and post-independence was not quite well. They were not subject to equal rights with men. In addition, many social evils like child marriage, Sati and Johar were prevalent in Indian culture. The social evils pull them down.

Throughout their life women was under the control of menfolk. The father overshadowed childhood, and after marriage, her husband took over responsibility.

Even after the death of her husband, she wasn’t free from his dominance. Remarrying and starting a new life was out of the question.

The act’s purpose was to justify widow remarriage and eliminate the superstition and inequality prevalent in Hindu society.

Definition Of Widow and Widow Remarriage

A widow gets defined as a woman who lost her husband and is not remarried.

The term widow remarriage, in common parlance, refers to the act of widow marrying again.

Even during British rule, various rotten customs and social evils adorned Indian society. Even in the educated and upper-caste, women faced suppression and oppression. The difficulties would get double after the death of her husband.

Women got forced to give up their initial lives and live joyless, colourless and inhumane existences on such occasions. Women got forced to shave their heads, wear white clothes, sleep on rugs in isolated rooms, eat tasteless food and called a widow. Widow lead a life of mere animal existence.

Many a time, a widow was burnt alive in the pyre of her dead husband. This barbaric superstitious custom was known as Sati.

After an extensive fight and constant struggle, in December 1829, Lord William Bentinck abolished the practice of Sati, leading to Sati Abolition Act.

The abolition of Sati ushered in new beginnings for the widows, but the final destination was quite far. Indian society was in dire need of laws related to remarriage. To strengthen their role and give them a second chance, making widow remarriage socially acceptable was necessary.

One such law was the widow remarriage act 1856, also known as Act XV, 1856, enacted through the tireless struggle of Vidyasagar and other Indian social reformers.

The support of the then Governor-General of India led to pass the act. It legalised widow remarriage and eradicated the superstitions attached to it.

Unlike Manu, who centuries ago propounded that a Hindu Widow should stay righteous and pure after her husband’s death to get blessed with heaven. Hence, it is not wrong to say that the British provided India “one nation, one wife, and also banned the practice of sati!” Undoubtedly, it sanctioned gender inequality.

It is intriguing to note that even during those times, widow remarriage was common practice amongst the lower castes, unlike the upper castes.

The first-ever widow remarriage was held after the law enforcement on 7th December 1856 in North Calcutta. Vidyasagar took such a challenge and married his close friend’s son to a widow. Therefore, shattering the outdated traditions and transformed the Indian society for good.

Laws under the Widow Remarriage Act

The act’s intended to eliminate all the obstacles acting as a roadblock for Hindu widows to get married a second time.

The law empowered the Civil Courts to administer such matters.

The Act exempts the practice of custom which were in opposition of the widow remarriage. Further, the Act bestows the following rights upon the widow:

Section 1 of the Act states that a wedding arranged between consenting Hindus shall be valid, legitimate and acceptable. A woman was previously married, and now a widow will not invalidate the marriage unless any custom or Hindu Law otherwise says so.

Cessation of Widow’s right in property

Section 2 of the Act talks about the cessation of a widow’s right in her deceased husband’s property. For natural justice, the act terminates the widow’s right to maintenance and inheritance devolved on her by the will or testamentary disposition upon her second marriage. The Act, on such occasions, consider the widow dead and bestows the property upon the next heir of the deceased husband.

Custody of children of the deceased husband

Section 3 of the Act concerns the guardianship of the children after the widow remarries. The section states the following provisions in the absence of explicit instructions upon the custody of the children of the deceased husband:

Not a bar to inheritance

Section 4 clarifies that the childless widow retains the right to inheritance if was entitled to the same before the enforcement of the said act.

Rights in the second marriage

Nothing in the preceding three sections bars the right of a widow in a second marriage. Section 5 of the Act guarantees her all marital rights as if it were her first marriage.

Pros and Cons of remarriage

The purpose of the said act was to repeal the legal provision of the Act of 1856. But, later in the year 1989, a new act entitled “HINDU WIDOWS REMARRIAGE AND PROPERTY ACT, 1989” got enacted to support the widow remarriage and support them legally.

Problems of Widow Remarriage in India

After enacting the remarriage Act of 1856, widow remarriage faced significant challenges for a substantial amount of time.

Even the people associated with the said movement faced difficulties. Eventually, society came at par with it. But, still, there are lacunae in the laws, and due to this, several problems associated with widow remarriage arise. A few major of them include:

Even after centuries of its acceptance, the hesitation with regards to remarriage persists. Often a widow is perceived as helpless and a burden. The uncertainties about the second marriage and the future of children from the first marriage worry the widow. So, she hesitates to marry again.

A significant portion of Indian Widows gets robbed of their inheritance rights. The problem intensifies when the widow moves ahead in her life with a new partner. Despite a plethora of laws on inheritance, she is cheated and left to fend for herself. Neither she nor the children of the deceased husband are given anything from the dead husband’s property.

India is a land with varied customs and traditions. Before the independence, the upper caste prohibited widow remarriage entirely while it was prevalent in the lower caste.

However, presently, the law accepts the widow remarriage, and various customs forbid it, and such traditions are outside the purview of the law. The widow in such societies has to face difficulties and live a hard life.

The elimination of the social evils and upliftment of the women undertook a series of movements owned as Widow remarriage.

To make a better reach and progress the movement, Vishnu Shastri Pandit introduced Widow Remarriage Association in the 1850s. The association’s role was to encourage the widow to break free from the societal norms and get married again for their happiness. The association sheltered and encouraged the ones promoting widow remarriage.

A non-remarriage certificate is issued to a woman whose spouse is missing, dead, divorced, or deserted. The purpose of the certificate is to indicate that the woman is single and has not remarried after her first husband.

The certificate ensures that such women receive benefits out of the properties of their first husbands. Further, the act is required when such a widow wishes to marry in a foreign land. She needs to produce the certificate to declare that she is not previously married and will commit any crime by marrying again.

Women have always been considered as the weaker gender and were always subject to male dominance. During childhood, she was kept under her father’s authority and, after her marriage, her husband’s. She was considered her husband’s property.

Even the death of her husband never terminated the ownership of property. Instead, her situation worsens, and she leads atrocious life. Social reformers, along with British authorities, initiated various movements to uplift her condition.

One such movement was widow remarriage. Eventually, in the early 1800s, the widow was legally allowed to remarry and live her life. But, old customs die hard. Society opposed the thought of a widow revoking her deceased husband’s ownership to move on in her life.

Even today, specific communities do not allow the practice of remarriage. Though the situations have certainly improved, the end is not received.

Yes. A new Act named “Hindu Widows Remarriage And Property Act, 1989” was introduced in its place.

Can a widow marry in a foreign nation?

Yes. But, the widow needs to produce a no marriage certificate.

Is a widow entitled to a share in her deceased husband’s property?

Yes, but only, if the woman remains his widow

Does a widow retain the custody of the children of her deceased husband?

The custody revokes when she remarries.