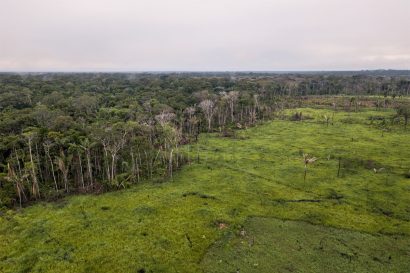 From defining the meaning of purity and compassion to maintaining the ecological balance of nature, animals serve to be the best teachers and play a key role in keeping the world from heading towards its downfall. However, humans view them differently.

Taking advantage of animals mute nature, humans terrorise them with indescribable cruelty and sideline them in such a way that makes their existence invisible.

These cruelties and victimisations give rise to legal provisions and statutes such as the Wildlife protection act and many more to prevent such acts from happening further. Knowing the priceless value, these animals bestow upon humankind becomes highly essential, not only for individuals but also for the country, to protect them and their habitat.

Several statutes and provisions came into play to prevent crimes directed towards animals, such as:

Concept of Wildlife- The definition

To understand what is wildlife, various definitions with its numerous interpretations came into play.

As per the traditional referment, wildlife refers to domesticated animals found in areas either unknown or untouched by human beings.

Another interpretation states that wildlife encompasses those living beings who are neither human nor domesticated, such as mammals, birds, and fishes.

The native fauna and flora of a region are many meanings given to the term wildlife.

In a nutshell, wildlife refers to those non-domesticated animal species found in all ecosystems such as deserts, forests, rainforests, grasslands and plains.

Activities that revolve around harassing, causing immense pain to flora and fauna of a region falls under the term, Wildlife crimes. Such acts are against the law, thereby pushing these living beings to the edge of extinction.

From getting slaughtered to cater to humankind appearances, whether it’s clothing, ornaments, being served as dishes only to appeal to the tastebuds of humankind, animals get killed in mass. Apart from this, these four-legged beings are also illegally traded to serve as a financial advantage.

These crimes get executed by the following:

Safeguarding the Wildlife- The statute

The Wildlife protection act comes into play, aiming solely to protect these four-legged beings and 6to o deal with wildlife crimes.

The Wildlife Protection act got created in 1972, which got amended six times. And the last amendment was done in 2006. With the help of the judgements passed by the High Courts and Supreme courts, the act has only become more assertive, and the process is still ongoing.

The powers granted under the Wildlife protection act:

Prevention of cruelty to animals- The act

Animal Welfare board- The creation

As per the prevention of the cruelty to animals act, the central government is responsible for creating the animal welfare board, which protects animals against cruelty and welfare.

The board must consist of the following authorities:

For the chairmanship, the Union government can nominate anyone of the board members to be so and one more to fill the position of the vice president.

Cruelty to animals- The actions

As per section 11 of the Prevention of Cruelty to Animals Act, 1960, the following actions are considered an offence:

Protecting the animals in India- The laws

Under sections 428 and 429 of the Indian Penal Code, killing/maiming/poisoning an animal is criminal. The punishment includes imprisonment of a maximum of two years or payment of sum as fine or both.

As per section 11 of the Prevention of Cruelty to Animals Act, if any human watches someone else or beats/kicks/tortures an animal in any way causing suffering and pain themselves, an offence is committed.

The punishment of committing such an act is a payment of sum as a fine. If the offence gets repeated more than once, the penalty is imprisonment of 3 months minimum or increased payment of sum as fine or both.

Either a payment of sum as fine or/and imprisonment of a maximum of three months serves as a punishment for committing the following offences with regards to cattle and working animals, as per the prevention of cruelty to animals act, 1960:

As mentioned before in the article, the Wildlife protection act, 1972 deals with safeguarding the wildlife in India. The statute primarily focuses on prohibiting killing, trapping or any kind of harming to wild animals.

The statute also focuses on:

The Wildlife protection act, 1972 also extends to aquatic animals and their protection which are as follows:

Schedule 1 to 4 of the statute lists the protected marine species such as:

Laws with regards to Zoo animals also get comprised under the Wildlife protection act, 1972.

The statute enforces a committee to be created by the central government known as the central zoo authority that holds the following functions:

Without recognition from the central zoo authority, no zoo can operate as per the act.

Mentioned in the Prevention of cruelty to animals act, 1960, the laws on pets focuses on the punishment that is a payment of sum as fine and/or imprisonment of 3 months, given if the following acts get executed:

Any person who claims themselves as a caretaker of the animal, if found to be:

For animals used in the Entertainment sector:

For entertainment, no animal can get employed if not registered under the performing animals’ rules of 1973.

If an unlisted animal gets used for performances, this punishment incorporates payment of sum as fine and/or imprisonment for up to three months.

The wildlife protection act, 1972- The penalties

Section 51 of the statute revolves around the penalties given when found violating the wildlife provisions. The punishments depend on:

As per the statute, under section 51 part 2:

When a person gets convicted under any offence mentioned in the wildlife protection act, the court where the trial for such an offence gets carried out can order: any animal who is held captive with the help of properties such as traps, tools, vehicles, vessels, and/or weapons must be surrendered to the State government with the animal as well.

It is essential to note that property surrendering must only get executed after the offender’s conviction by the trial court.

As per the statute under section 57:

Under some instances, when it gets established that the offender owns an animal, illegal means may get used for the custody of the animal via illegal means, or the caretaker has unofficial ownership. When such a situation arises, the primary liability falls on the prosecution to prove that this particular case is beyond a reasonable doubt.

In this case, the Supreme court was left in utter shock looking at the gruesome facts of the case. It was about the skinning of a tiger in a zoo in Andhra Pradesh. The Panthera Tigris, who was to be guarded for protection and taken special care of by the zoo, was far from it. Hence, the court summoned the Chairperson of the central zoo authority to emphasise the measures taken in preserving the tiger heritage in zoos and reserved forests ahead of this incident and passed strict orders for their protection and well-being.

Indian Handicrafts Emporium and others v Union of India and others, 2003:

In this case, the Supreme court called in to decide on the constitutional validity of the ivory trade ban. The court held that the ban was reasonable as it was gruesome and vehemently endangering the Indian elephants. Hence it was said that the trade is entirely against the act’s provisions, marking it illegal.

As laws are of utmost importance for aiding humans to live with security and equality, it is a hundred times more crucial to the mute beings who cannot demand justice for themselves. Hence it becomes essential for humankind to work for their protection so that the floral and faunal heritage does not get destroyed.

We need to put in extra efforts to safeguard our nature and understand that taking advantage of the animals mute nature is neither ethical nor forgivable in the eyes of the law, just as it is for humans. So treading is the need of the hour, as several statutes comprise punishments and penalties for misbehaving with the four-legged beings. The Wildlife Protection act, 1972, and the Prevention of cruelty to animals act, 1960, tops.

The constitution of India and the Indian Penal code, 1860 also extend their support to these beings, marking animal’s cruelty as a proper criminal offence.

From the rich flora and fauna add onto the country to the teachings they bestow upon humankind, it is not only our duty but should be our main aim to protect and nourish them. Co-existence is the key to a sustainable future. It is time we start understanding.

FAQs Regarding The Wildlife

Which articles of the constitution of India mentions protecting animals and the environment?

Article 48A for protecting and safeguarding the wildlife and environment

Article 51A, under the fundamental rights, is made essential for the people of India to protect the flora and fauna of the country

Section 50 of the wildlife act grants power to entry, search and arrest; however, the procedure is mentioned under?

What case marked the ban of importing Python skins?

On whose complaint can the court begin a trial for violating a provision under the WIldlife protection act, 1972?