All About Workmen Compensation Act, 1923 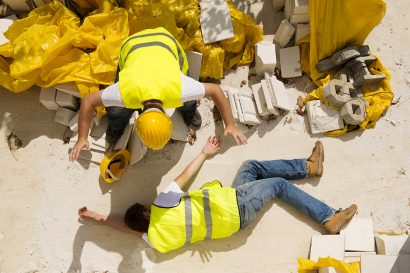 The Workmen Compensation act was formed after noticing the labourers’ exposure to danger due to advanced machinery, which is comparatively more sophisticated.

According to the Compensation Act of 1884, employers were responsible for workmen compensation only when a fatal road accident took place. In 1885, mining and factory inspectors realised that the Fatal and Major Accident Act was insufficient in changing conditions.

After hearing the situation, the government formed a committee of experts from various fields to enact the Workmen’s Compensation Act,1923.

The act stopped the lengthy process of generally expensive courts; instead, the step was taken to seek easy compensation for the injury caused during employment.

Later in 2010, the act came to be known as the Employee’s Compensation Act.

This act is liable to the workers who work in an industry mentioned in the act.

The act protects only those injuries caused by accidents during employment, but such accidents are subject to certain exceptions.

The act is known as the Employees Compensation Act,1923. This act is applicable across India.

The act covers the following under the definition of employee:

The main object behind the enactment of the Act is:

This act forms a duty and responsibility of an employer to look towards the welfare of workmen when injured during employment. Still, it has also reserved the right to earn a profit from the employer.

Aspect of the Workmen Compensation Act

There are two basic concepts of the Act:

There are various resources used to run an industry like machinery, capital, skilled and unskilled workers.

Every industry, keep aside a certain amount for any mishappening that may occur in the factory, e.g. a machine does not work properly, a wall of an industry falls etc. So, a question arises, if the machine gets such concerns, then why not humans?

The liability of the Employer for Compensation

Section 3 of the Employee’s Compensation Act deals with ‘Employer’s Liability for Compensation. This section provides the condition when an employer is liable to pay compensation to the employees.

The condition is as follows:

Section 4 of the Employee’s Compensation Act,1923 states the amount of compensation to get paid by the employer. Such amount shall be as follows:

The process to claim the compensation is as follows:

Conditions when employer is not liable to pay compensation

As per the workmen’s compensation act, an employer has to pay the compensation to the employee in case of injury caused during employment.

The employer is not liable to pay such compensation if:

Workers insurance policy ensures protection of labour from exploitation and any injury caused at the workplace. This labour insurance has its importance in the lives of the labour working in factories, industries.

The Worker’s compensation insurance for employees protects the employee and their dependents in case of any mishappening at their workplace leading to death, permanent injury or any other temporary injury which occurred while performing his functions while at the workplace. Such insurance bears the cost of treatment of permanent disablement or death that occurs during employment.

The employee gets the benefit of the compensation, in most cases, other than when it was the fault of the employee himself.

The Workmen Compensation Policy ensures that the employee gets good quality medical care, and also it provides the part of income that the employee loses. At the same time, he is not able to work. In case if the employee dies suddenly, then the benefit of the policy is given to the employee’s family.

WC Policy cover situations that lead to a medical emergency, such as:

What does the Workmen Compensation Policy Does Not Include?

The Rules for Workmen Compensation Changed in 2020

The central government has changed the rules for the calculation of compensation of employees under the Workmen’s Compensation Act, 1923.

After completing his duty for the work, one of the drivers left the bus within the depot and boarded another bus to go to his residence.

The bus he boarded collided with a parked lorry, due to which he was thrown out of the bus on the highway and got injured. He died at the hospital during treatment.

His widow applied for compensation.

In this case, the Supreme Court held that a driver going to residence from the depot or vice versa is in the middle of employment, and if he meets an accident, he is liable to receive compensation.

In this case, a truck driver was asked by his employer to drive a petrol tanker, and the driver found a leak in the tank and took permission from the employer to look for the source of leakage.

While searching for the source of leakage, he lit a matchstick, and the tank caught fire.

The court held that the family member of the deceased should receive compensation as the accident took place at the workplace and during employment.

The workmen compensation act got enacted for the employees to give them their financial security in case of an accident that caused a considerable loss. The act ensures that the employee’s right is protected even after he is disabled or injured in an accident that happens at their workplace.

Thus, making it the employer’s duty to ensure the employee’s safety and security and make the employer liable to pay compensation to its workers who encountered injury or died during employment.

The workmen compensation act provides with the rights of labour. It provides the duties that labour has to fulfil, e.g. following all the rules and regulations of the workplace, using all the safety gear provided while doing tasks, etc.

The act also provides the limitation period to bring an employer in the court and the extent of liability that an employer must face, both penal and fine for any mishappening due to the employer’s negligence.

Thus, all the provisions make this act complete in itself that covers every aspect required of the workman.

What is a fatal accident?

A fatal accident is one that results in the death of a person.

What is a non-fatal accident?

Non- Fatal accidents cause permanent or partial injury that results in loss of their learning abilities.

What is the limitation period to apply the Workmen Compensation Act?

A claim application can get filed within two years from the date on which the accident occurred.

When is the Employer not liable to pay?

In the following conditions employer is not liable to pay:

What gets considered an occupational disease?

Diseases like Cataract, Asthama, lung cancer, a disease caused by excessive heat or excessive cold temperature etc. or any other disease that gets caused due to occupation.